This morning in the the British newspaper, The Guardian: 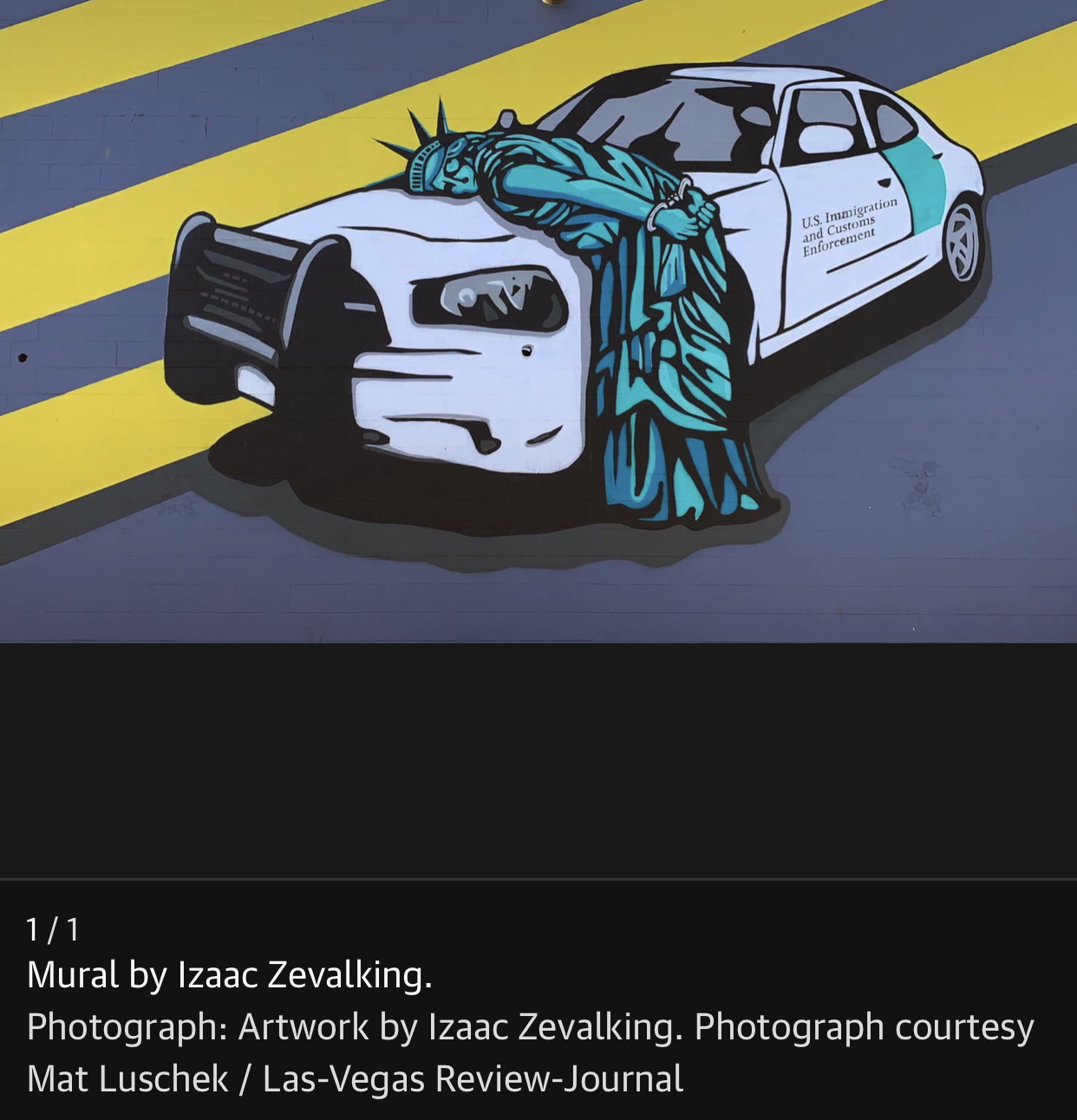 A mural of the Statue of Liberty, handcuffed and slammed on the hood of a police cruiser, is drawing attention in downtown Las Vegas, a day after a top Trump administration official in charge of immigration suggested the statue’s famous inscription be amended to include a test of means.
Under the pseudonym Recycled Propaganda, artist and British immigrant Izaac Zevalking painted the image on a wall late last month, before citizenship and immigration services director Ken Cuccinelli – jokingly – suggested amending Emma Lazarus’s sonnet inscribed on the statue to read: “Give me your tired and your poor who can stand on their own two feet and who will not become a public charge.”