7 Artisan lenses for Leica, Sony A (or any mirrorless that can use a M lens adapter)

The dream of most Leica M owners (and thus mirrorless cameras) has been the Noctilux 50mm .95 (or 1.) $12K is a bit pricey for most people.. so it's always remained out of reach for me.

I recently discovered the 7Artisan company (out of China). Lenses from China have historically been substandard.. so I'd been hesitant to buy. from 7Artisans. But after a few very positive reviews, I ordered one.

.. and I have to say.. I'm a convert.. the lens has been on my Sony A7RIII camera almost all the time.

The negative comments I've read have mostly been the 'softness' at 1.1. The lens wasn't really designed to be tack sharp wide open.. it give that soft glow of a traditional portrait lens. Stopped down to 1.4, and it's as sharp as any other fast 50mm lens

I'll start posting some photos, but figured I'd start a thread and let people who might be interested in something like this start with the many reviews out there

Have you seen this Techart Autofocus Pro Adapter for M lenses?

This allows AF on aSony A7 FE mount! 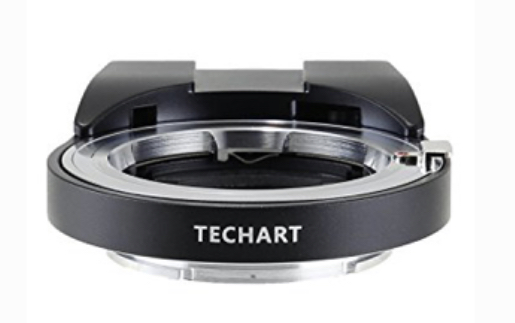 It can, apparently also work with almost any other standard 235 mm lens forom Contax, Nikon, Canon FD or EF etc!