A Bush Full of Insects

We were at our daughters house this weekend. Beside the pool, a huge beautiful smelling bush (Hydrangea Heteromalla), was teaming with hundreds of bees, wasps and insects - voraciously flitting from flower to flower. In fact they were so occupied, that I was able to photograph with my camera just a few inches away without any threat of getting stung. 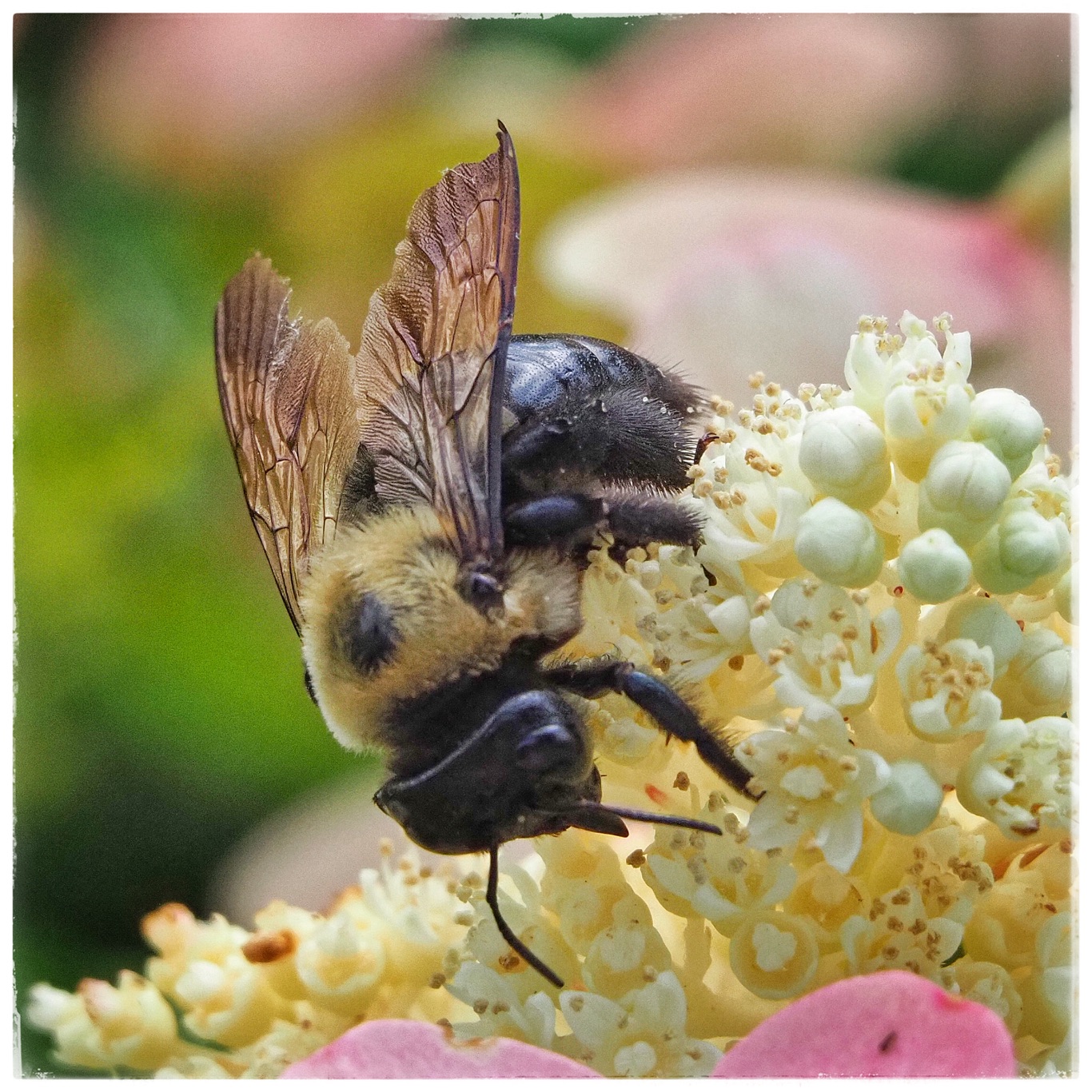 Google Lens (part of Google Photos App) is so convenient for quickly identifying the different creaturesI photographed over the weekend.

It turns out that this bee is an Eastern Carpenter Bee —- not only that but it a female with it’s solid black face (males have a yellow stripe on their face).


As for a few of the others I photographed included the smaller big square eyed bee - of which there were thousands in the bush> turns out they are Honey Bees.
Western Honey Bee 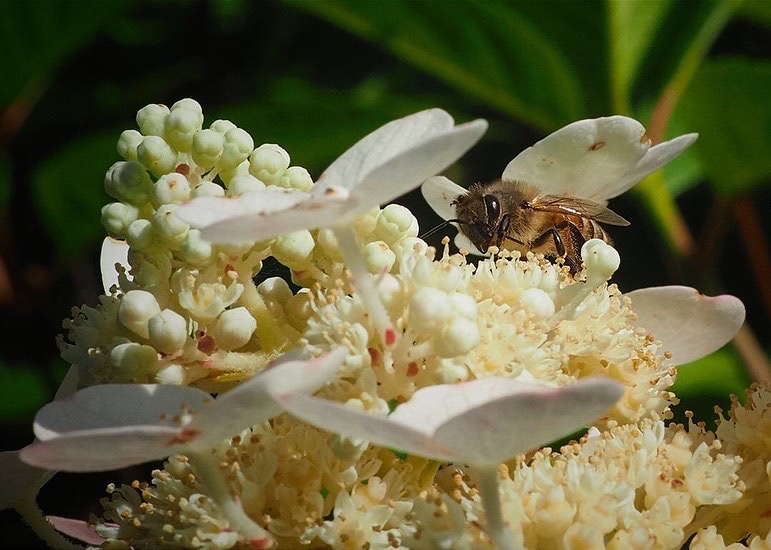 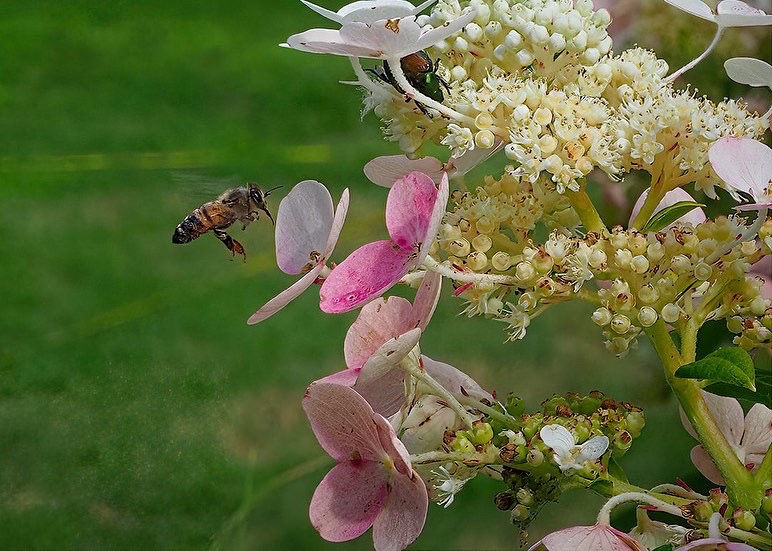 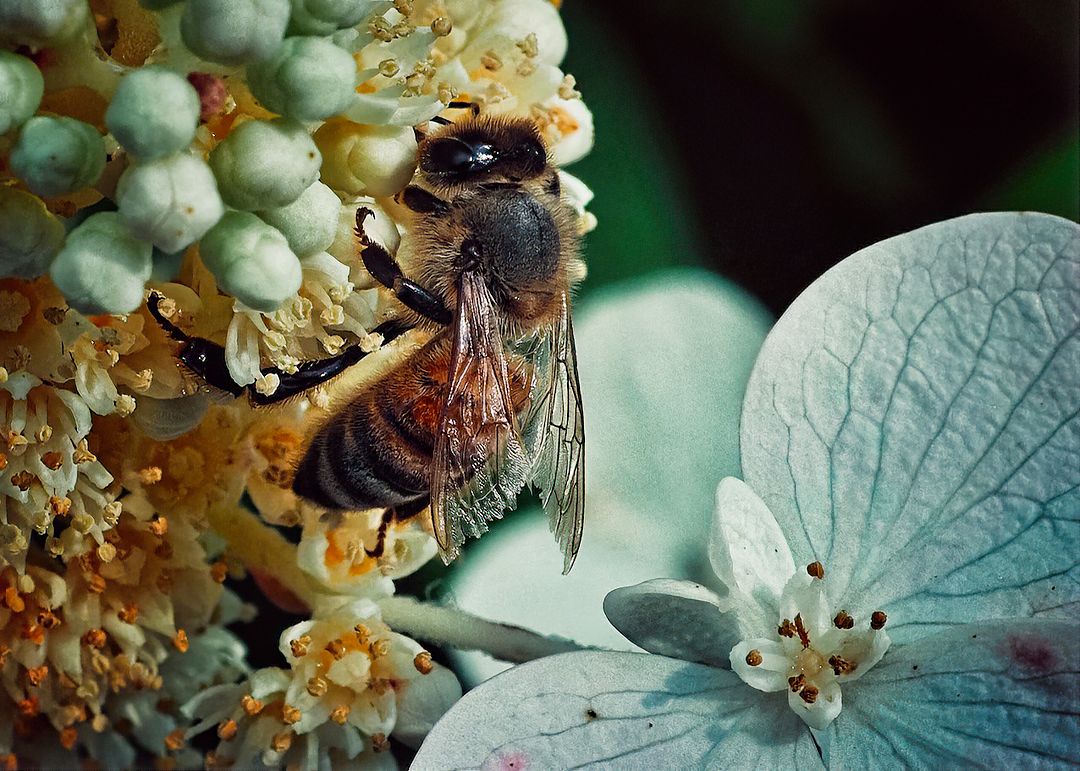 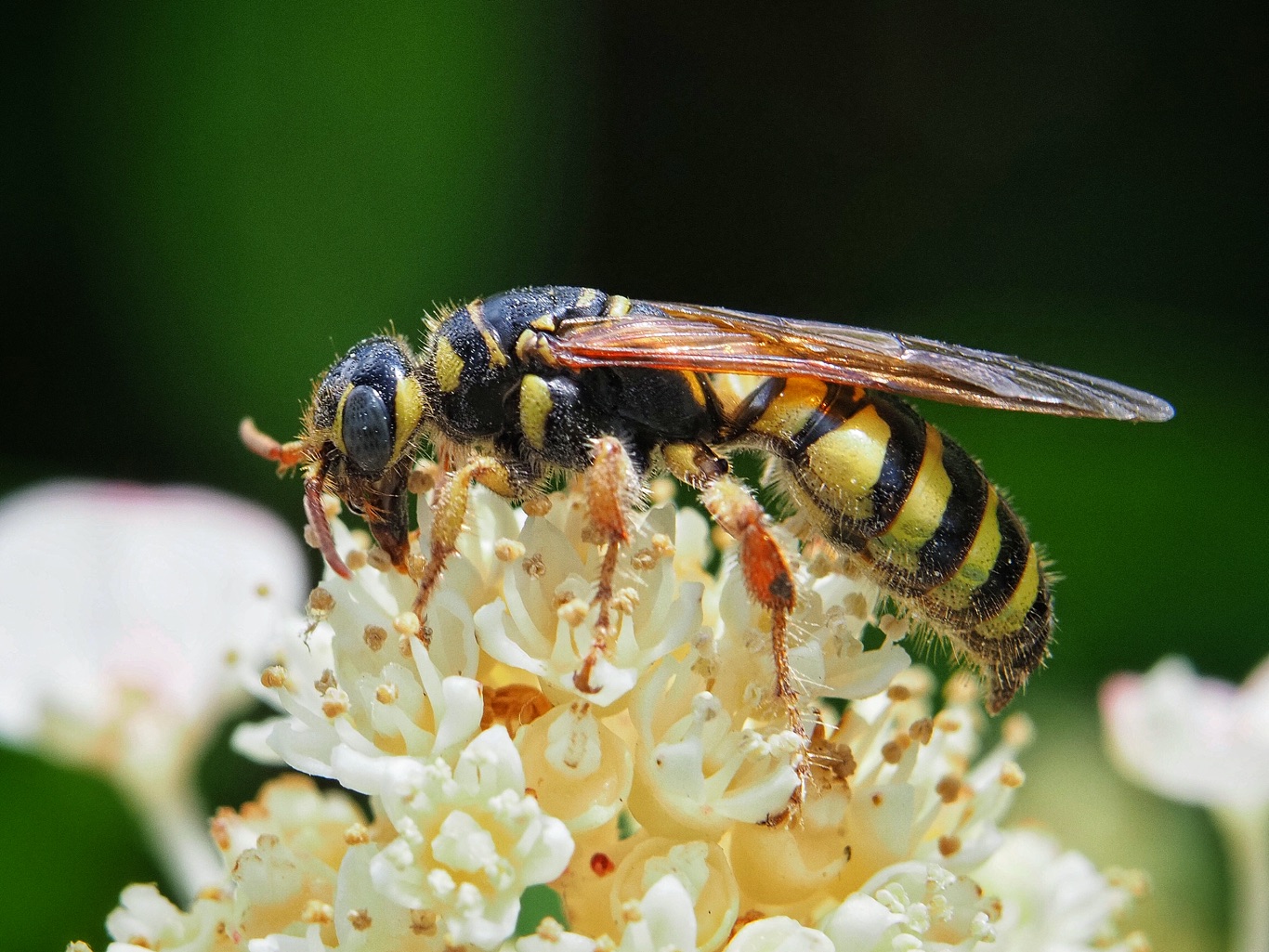 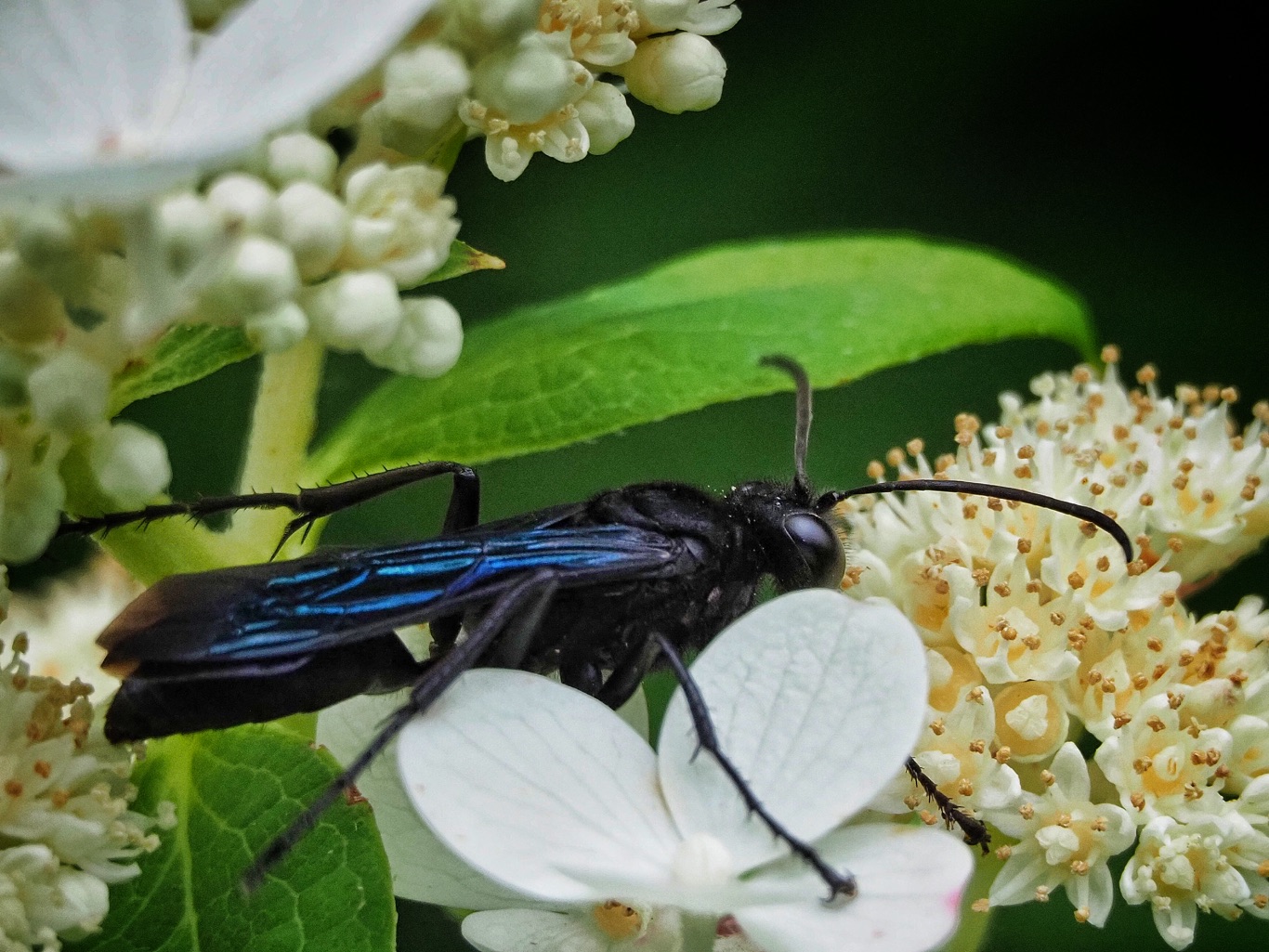 The stunning black wasp with white stripes, is a Four-toothed Mason Wasp. 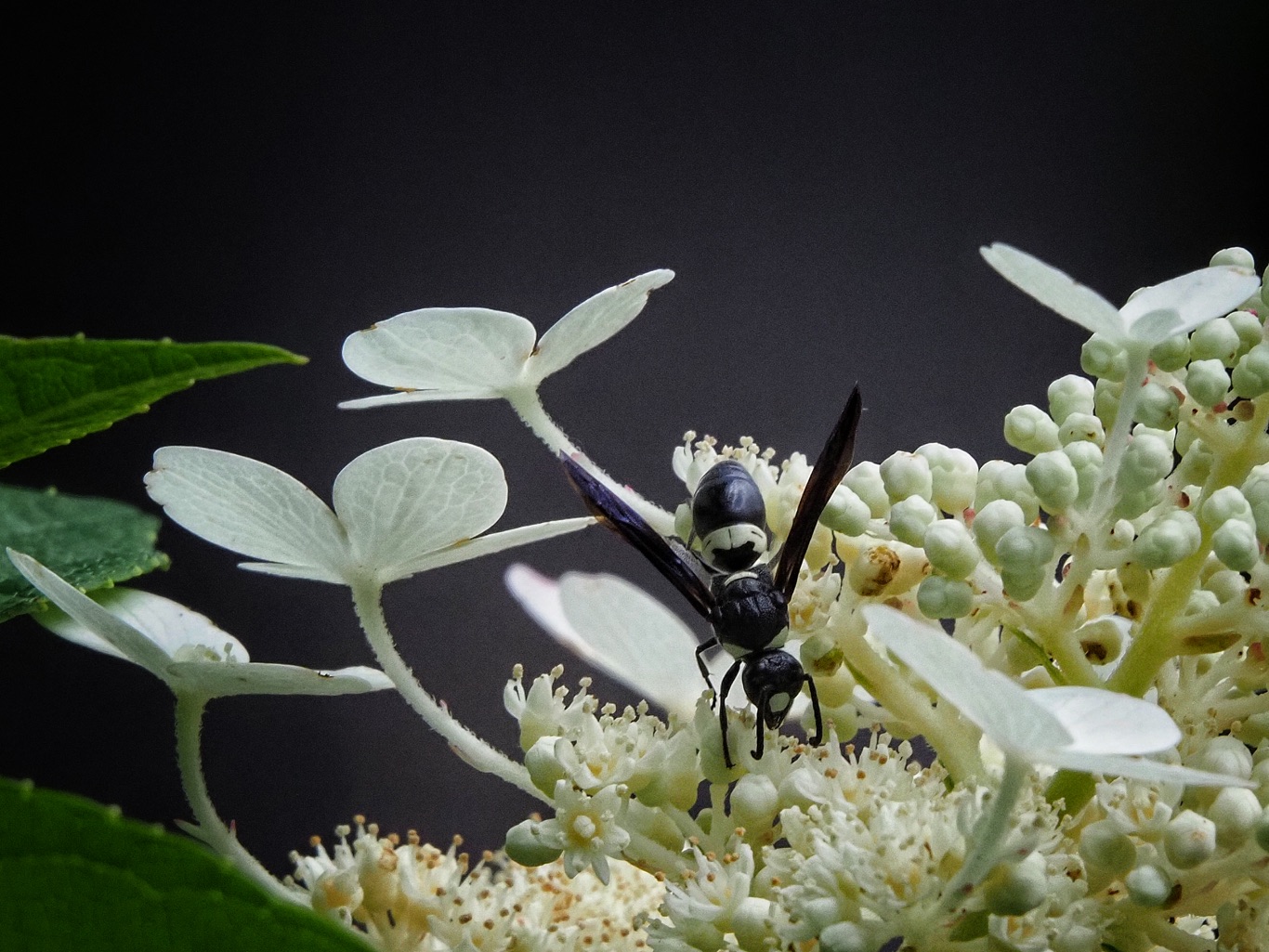 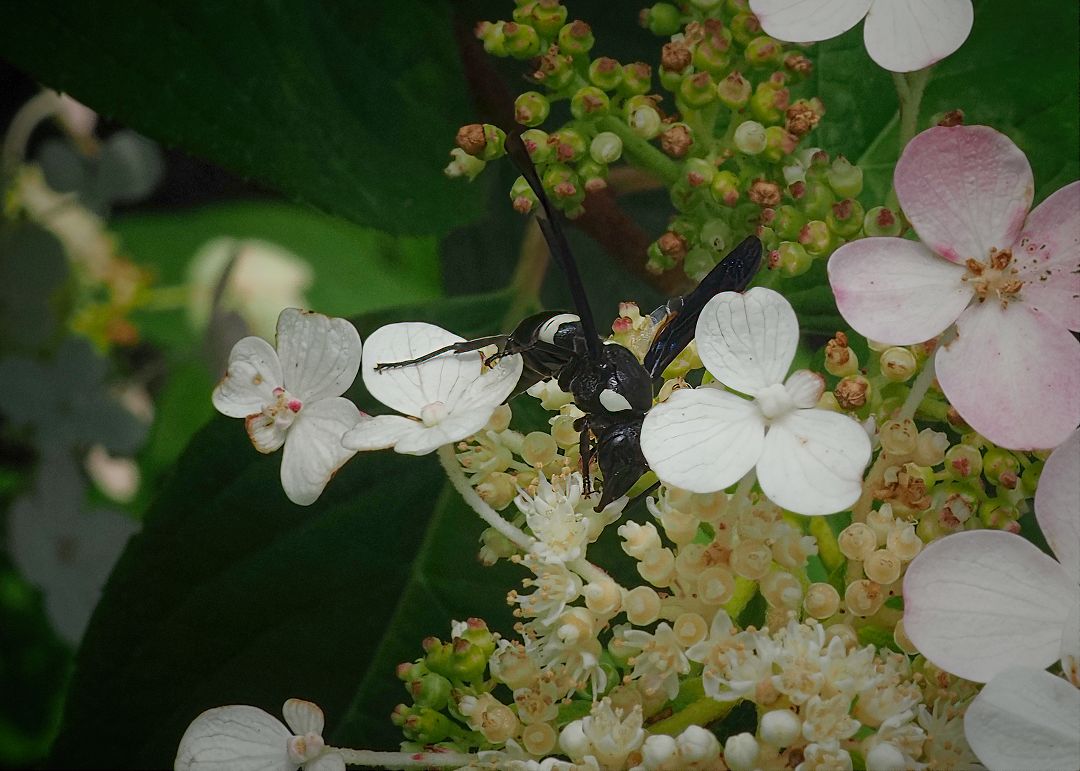 Wonderful series. Some plants are magnets for bees and wasps - affording super opportunities like this Robert.

Paul Iddon said:
Wonderful series. Some plants are magnets for bees and wasps - affording super opportunities like this Robert. 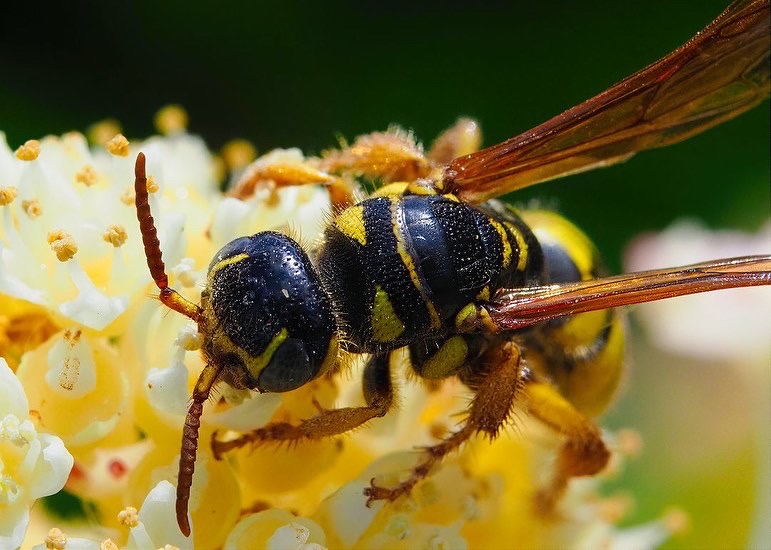 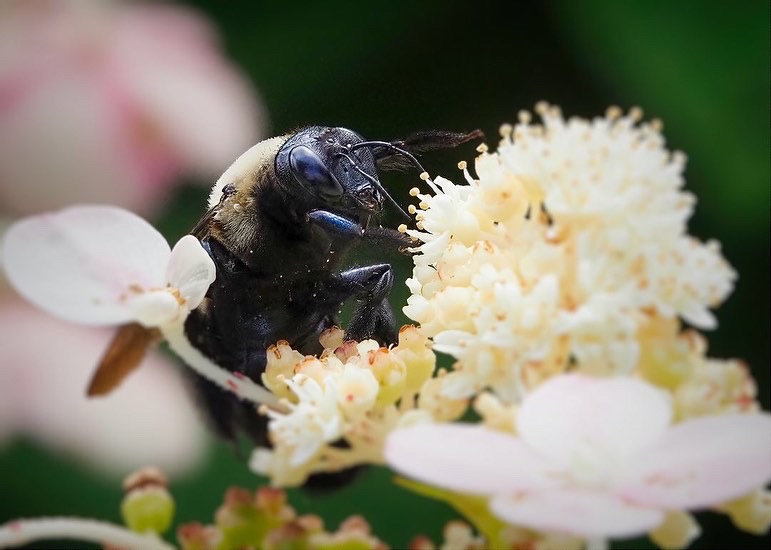 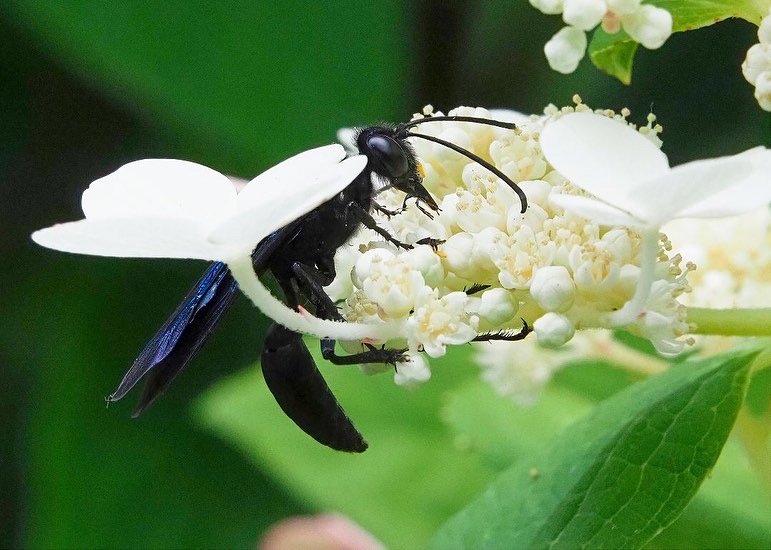 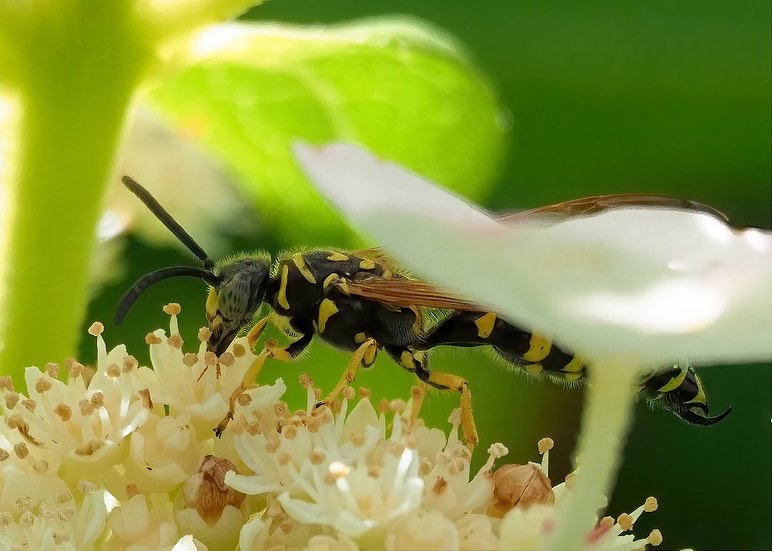 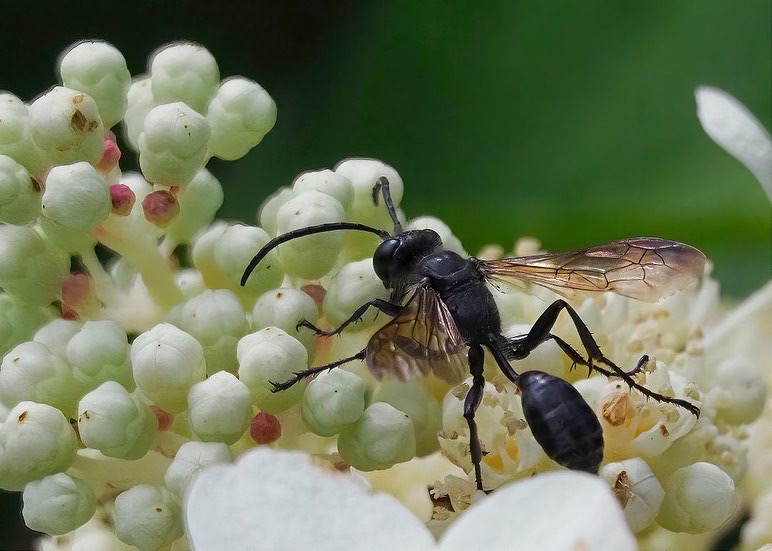 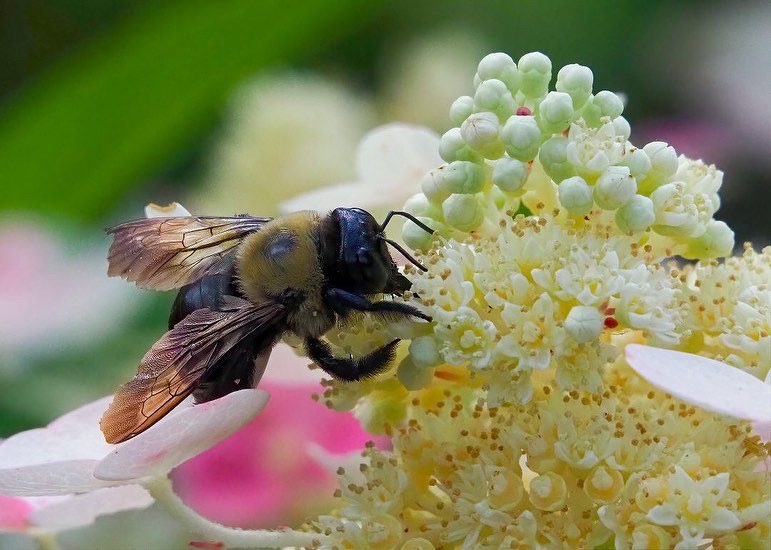 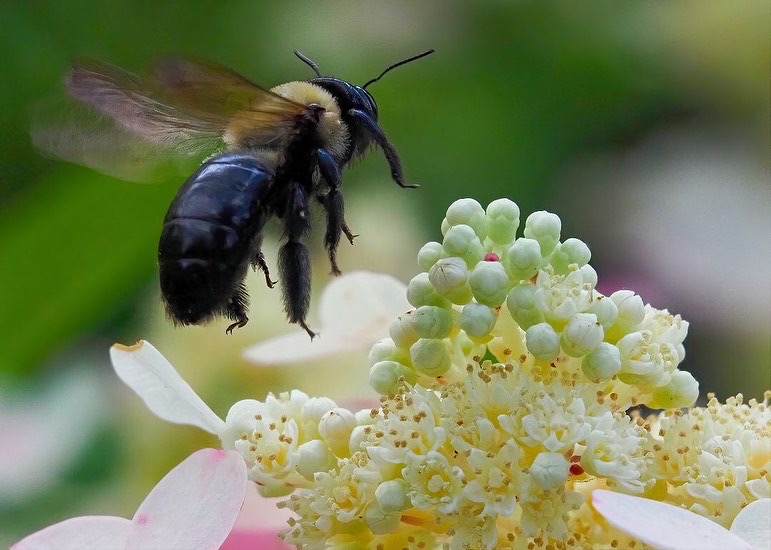 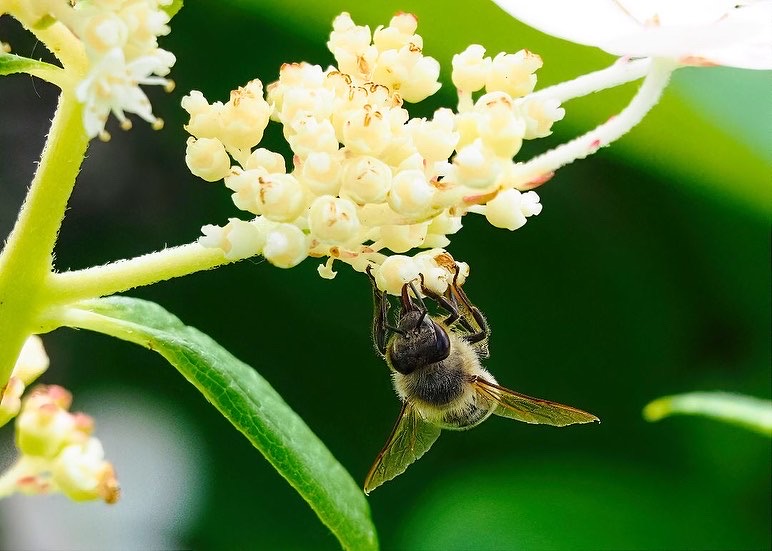 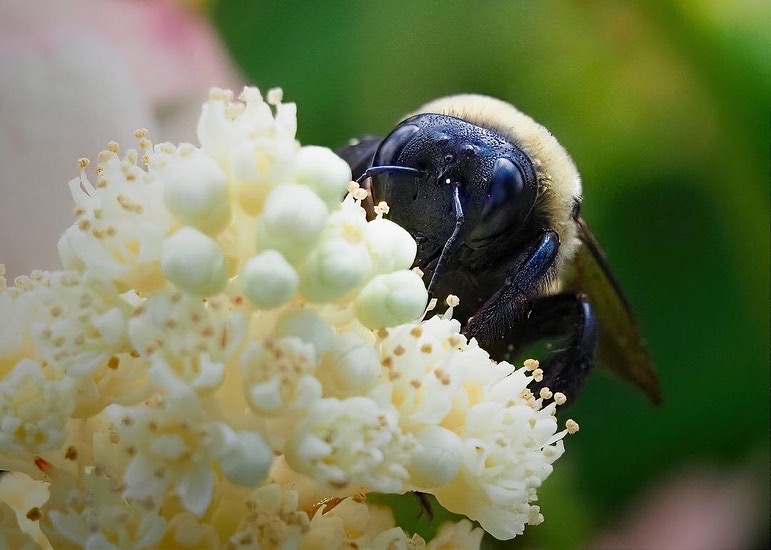 What a superb bunch of enjoyable and well-taken pictures of pollinators!

We are in great need of these key insects for our food supply!

Such a neat thing to add a simple spacer and the pictures are stellar!

This made my evening!

BTW, what is the state of concern as to the well being of such insects in Canada!