A Ghostly Halloween Sky with A MF Camera!

Tonight, the clouds rolled in at sunset as a sign for the Trump supporters in their fabulous cars and giant pickup trucks to finally stop blasting their horns, yelling, tossing beer cans and finally leave!

I went upstairs on a balcony and napped the sky to capture the dark ominous clouds layered over our usually beautiful sunset!

I can’t read tea leaves in tea cups, and I am British, and can’t read the sky despite spending many dawns calling in the cows from the pastures for milking! 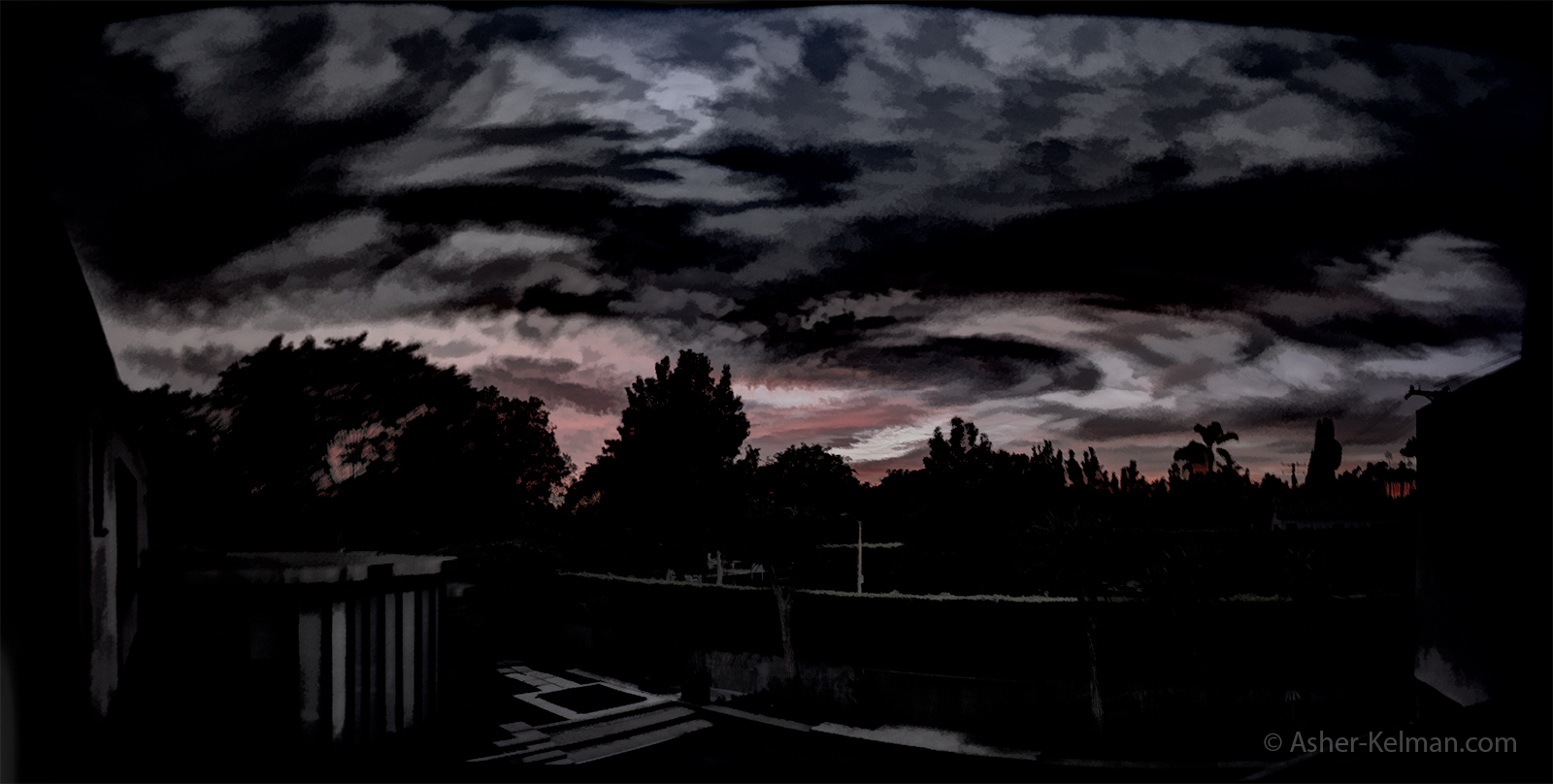 Asher Kelman: “Ghosts Sky 90210”
Fuji GFX 50s 32-63 mm Fiji G lens
7 Shots Stitched in AutoPano Giga
Topaz Simplify​
So, I am essentially “Sky Illiterate”: no interpretation from me on what heaven thinks about Trump versus Biden,

..... but it’s a relief that no one was shot, although one Trump supporter near the LGBTQ for Trump stall was roughed up by the BLM counter protesters!


To me it’s just Halloween and sadly, Candy-giving was totally banned in this City to stop SARS CoV-2 spread!

We had just one bunch of kids arrive late at night, but my wife YELLED not to open the door as it was against the law! What was she imagining, a police “STING” to get Granpa Asher, LOal! I felt sorry for the kids with their twinkling lights but nevertheless, obeyed!

Now I am guilt-ridden!