A Strong word of Caution on SARS CoV-2 Vaccines

A word of caution . I need to confirm the data, so watch this space.

An ex Pfizer manager and doctor, created a stir suggesting an, (as yet unsubstantiated), risk to young women wishing to become pregnant.

No doubt, scientists at the CDC will weigh in on this. They know far more than I do!

I don’t think fertile females wanting to get pregnant, (and NOT either first responders or at special risk), should take the SARS CoV 2 vaccine immediately now, until we get more data on fertility

There is apparently a common 4-amino acid sequence in the spike on the virus and proteins needed for placenta function. It’s claimed, it “could create antibodies to placenta cells and cause permanent infertility”.

We have zero knowledge is this is a justified concern of any measure risks!

Is there scientific evidence that it could be a problem? 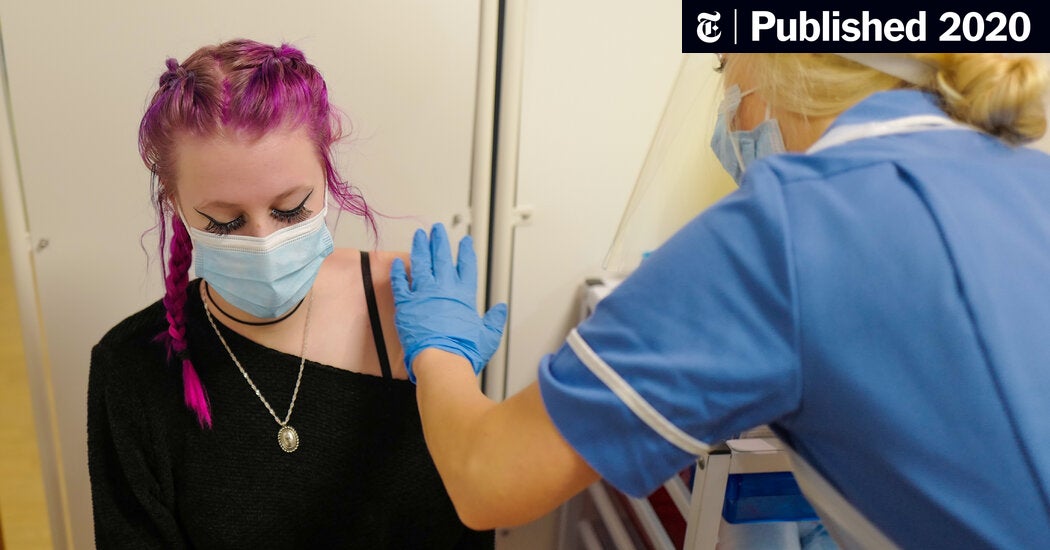 No, there isn’t evidence that Pfizer’s vaccine causes infertility. (Published 2020)

A flurry of rumors online has prompted concern. But scientists assert the claims are baseless.

UPDATE: I have a little less concern now!

As to the 4 amino acid sequence found in both in placental cells and the spike protein of SARS CoV-2, we have to differentiate between the ability of the sequence as an antigen, or inducer of immunity versus the same sequence being detectable somehow by the immune response, whatever it might be.

This sequence is NOT on its own, isolated like a dog versus a cat or squirrel in the garden. Rather that cluster of amino acids has long stretches of different amino acids on either side, like a neighborhood laundry on a communal washing line!

But it’s more complex. That sequence is not seen in the cell as a straight line. Not at all. Rather it spontaneously folds on itself in many turns so that the sequence now has new neighbors!

Remember that the sequence in each case might be presented far differently in 3D folded protein form. So we cannot predict whether or not there will be cross reactivity.

What’s on either side of that sequence and the final “neighborhood positions“ of distant sequences ending up close together, determines both antigrnicity, (ability to induce a specific immune response) and immunogenicity, the tendencyfor a foldeded amino acid sequence to be recognized by and bind to an antibody or immune cell.

Thus merely having an identical 4-amino acid sequence doesn’t itself tell us anything definitive.

It could be that vaccine makers already can give a probability of such a short sequence as an antigen eliciting a binding of antibody or immune cells to the same 4 amino acid sequence in a DIFFERENT protein.

My thoughts are that this is only likely if there are unusual bulky or reactive groups or bends involved but again my knowledge is too limited.

Read more on the distinctions between antigenicity and immunogenicity here.

Unfortunately, we can’t just dismiss wild claims because we don’t like them. Right now, in the absence of clear explanations by those more knowledgable than I am in this matter, I retain caution, although I am far less worried than at the outset for two reasons:

2. I now realize that having common sequence alone is not enough to have a definite threat to an unrelated protein.. There also needs to be common immunogenicity to the differently folded proteins containing these identical sequences.

We can hope to be reassured by the CDC/NIH that the latter condition is very unlikely.

I suspect errors of judgement will still be made and many will refute or refuse the vaccine based on what their Facebook friends have told them.
Here say and rumour is a strong influencer when people are making decisions. It’s important they understand in simple terms they can decipher what is being said and by whom.
Scientific terminology from an unknown source can be threatening to those who already have a well formulated opinion on the matter.
Religious enthusiasts will be the first line of doubt.
Freedom fighters will refuse on principle, as misled as they are on the principles of freedom.
Libertarians, hippies, mistrusting souls and the like make up a fair proportion of adult life.

It’ll be hard going to have everyone vaccinated.

One or two abnormalities will set back the process quite a bit.

Down under we have the grace to wait and see. Only 8 new cases yesterday and they came in from overseas and straight into quarantine.

Ale note that scientists are realists as well. The Queensland vaccine project has been cancelled. Not be cause of its effectiveness or lack thereof but a perceived public perception. All trial cases show a false positive HIV result. This was suspected and expected by the scientists. It has no baring on the efficacy of the vaccine, only on whether the public might respond to taking it. So they pulled the plug on it. No point wasting good time Andy money on something people won’t use, no matter how good it is.

Having the right answer isn’t always the same as the best answer.

You are so right.

Belief in the party, the brand of beer, the preacher, salvation or what the guys in the union hall told you is far more compelling than science in this country. Standards are very high.

Any nipple in public is obscene but Guns are a basic right!

A scientific statement resulting from Extensive expert, solid rational study, testing and independent audit is merely “your opinion” and I’m entitled to mine!

Still, the Aussie vaccine is brilliant and should be paid for by the USA as we need your labs to be well funded for next years virus. The cross reactivity can teachbimus a LUT folding of amino acid sequences in proteins. We can learn from that!

The Chinese markets are full of new virus, worse than this one for sure. And they will keep coming!

We need every competent lab to keep working so they can do a better job next time.

What is so creditable, is that the Aussies turned things around by organization and strict discipline.

We badly need whoever knocked heads together down under, to come here!

I could sooner get the Pope to convert to Buddhism and self-immolate!

The news from Australia was a disappointment. How could folk vaccinated turn up positive for HIV?

Now we may have to rewind the movie on the Pfizer vaccine.


The claimed implausibility of cross-immunity fertility damage by of a mere 4 amino acid shared-sequence in the SARS CoV-2 Spike Protein and a protein of the placenta must now be re-examined.

If people immunized with the Australian Anti COVID 19 Vaccine get a false positive test for HIV, then here we have a case that looks suspiciously like cross immunity of the type dismissed by Pfizer!

We need to know what possibly causes this. Could it be that there’s also a small peptide sequence shared by these disparate proteins?


[UPDATE 12/13/202
NO WORRY: Queensland Researchers used a tiny but harmless protein “clamp”-fragment of the HIV Virus to hold the SARS CoV-2 Spike-Protein, to be easily seen by our immune systems! So it’s NOT a matter of a “Shared-peptide” or “amino-acid sequence”, that caused this failure of a wonderful scientific achievement, but simply because they used the damn protein and that so, quite naturally, caused the HIV cross reaction that doomed an otherwise successful vaccine.

We can’t be immunizing millions, to solve one Public Health disaster and at tge same time create mass anxiety by people hearing they are suddenly and absurdly “HIV positive” , but “not really”!

But on the positive side, look what really worked:

1. The government of Australia had successfully increased chance of success by not relying on one source of vaccine, but multiple!

2. The Public Health new drug monitoring systems in Australia was tested by this and responded admirably!

3. We learned a lot about what “might be” the negative consequences of what might be assumed are insignificant components of a complex bioengineering effort. One cannot buy that knowledge and Queensland scientists have with this vaccine “failure” actually ADDED valuable expertise and experience to enable the cures of the future! Added 12/13/2020

None of this should be of very large concern.

Producing vaccines for billions of people takes time. The first few batches will be preferably distributed to the people who need it more (health workers and high risk patients) and these are also the persons most likely to accept vaccination. As there are several vaccine candidates around, we can also shift the one with a higher risk (say: infertility) to people less at risk (say: older women or men) and use the vaccines without that particular risk to younger women.

Eventually, within a few months, we should attain the objective of having health workers and high risk patients vaccinated. By that time, we will also know about further vaccine risks, there will likely be some. But when we'll have all the high-risk patients vaccinated, the hospitals will have free capacity, as the other people are less likely to require intensive care. By that point, we can distribute the vaccine to the general population.

Eventually, there may remain a small percentage of the population which will refuse vaccination. Some of these people will already be immunized, as they usually do not belong to the people protecting themselves. Some countries will simply make vaccination compulsory. Some countries won't, but that is not catastrophic as we will not be in a pandemic any more.

The real question is how long the immunity will last. It is not quite the same if we need to vaccinate billions of people once and if we need to do that every 6 months.

Your description, Jérôme, is exactly what will happen.

But we need to learn a lesson and be ready with science services fully funded
at our disposal, instead of a larger stockpile of missiles in silos!

“ could sooner get the Pope to convert to Buddhism and self-immolate!”

now there’s a fire I could warm my hands on.

Tom dinning said:
“ could sooner get the Pope to convert to Buddhism and self-immolate!”

now there’s a fire I could warm my hands on.
Click to expand...