Asher Kelman said:
Note posts that dismiss or question coronavirus science or threat belong elsewhere. If your opinion differs, you can think differently, we agree, then post elsewhere in OPF but not this thread. Such posts and reference to them in this thread will be deleted so either be considerate or your efforts will be gone.
Click to expand...

"At a time when everyone needs better information, from disease modelers and governments to people quarantined or just social distancing, we lack reliable evidence on how many people have been infected with SARS-CoV-2 or who continue to become infected. Better information is needed to guide decisions and actions of monumental significance and to monitor their impact.

The data collected so far on how many people are infected and how the epidemic is evolving are utterly unreliable. Given the limited testing to date, some deaths and probably the vast majority of infections due to SARS-CoV-2 are being missed. We don’t know if we are failing to capture infections by a factor of three or 300. Three months after the outbreak emerged, most countries, including the U.S., lack the ability to test a large number of people and no countries have reliable data on the prevalence of the virus in a representative random sample of the general population."

Nobody knows the true count, of course. But the one thing left and right seem to agree on is the data we have are junk. And yet the lesson we keep hearing is “trust the experts.”

Make a new thread if you wish, refer to this thread with a link and then I will, of course delete this post, as clearly announced, as it doesn’t fit with the set conditions and TOS. This is not a request, just a window of opportunity for you, as I don’t wish to immediately delete your comment.
Click to expand...

It falls under the heading Covid 19 science. Yes this does address the issues that you are referring to. Its should be obvious to anyone that the CDC numbers are unreliable. I can point you to numerous sources that will verify this. This is not off topic in anyway so I don't understand your request or your objections? 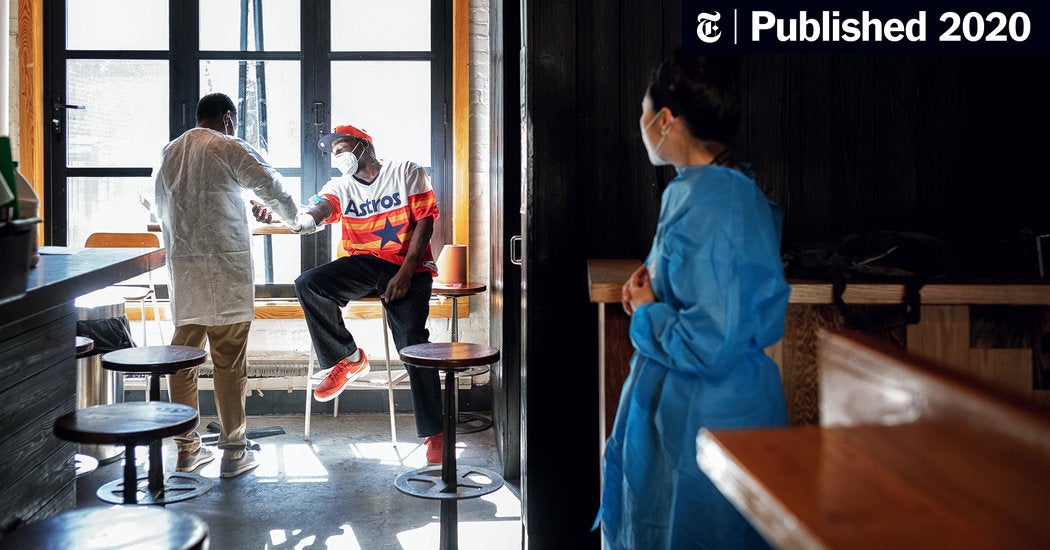 The Centers for Disease Control has been lumping together tests for active coronavirus with tests for recovered patients, boosting testing totals but muddying the pandemic’s course.

Its a good thing that the Presidents office runs the country and not the C.D.C.
Last edited: Sep 18, 2020

Creating an Orwellian control of “FACTS” in The most expert guidance for a lethal disease is an unconscionable step too far by the US Government. It’s no longer a political issue.

This flies against all rational thinking from the Greeks, the Enlightenment, The French Assembly’s foundational oratory of its epic revolution that ended up with Napoleonic spread by force of the now universally enshrined concept of “The Rights of Man“ on which modern Civilization is modeled as a sacred goal.

Imagine if Trump issues its own arse-gas originated engineering standards for the yield strength of steel or allowing “safe” storage of tons of ammonium nitrate in unsecured warehouses?


"Deborah Birx, the physician who oversees the administration’s coronavirus response, and Robert Redfield, the director of the Centers for Disease Control and Prevention. Birx and others were frustrated with the CDC’s antiquated system for tracking virus data, which they worried was inflating some statistics — such as mortality rate and case count — by as much as 25 percent, according to four people present for the discussion or later briefed on it. Two senior administration officials said the discussion was not heated.
“There is nothing from the CDC that I can trust,” Birx said, according to two of the people".