Lina is a proud member of "el otro equipo" as they say hears abouts. 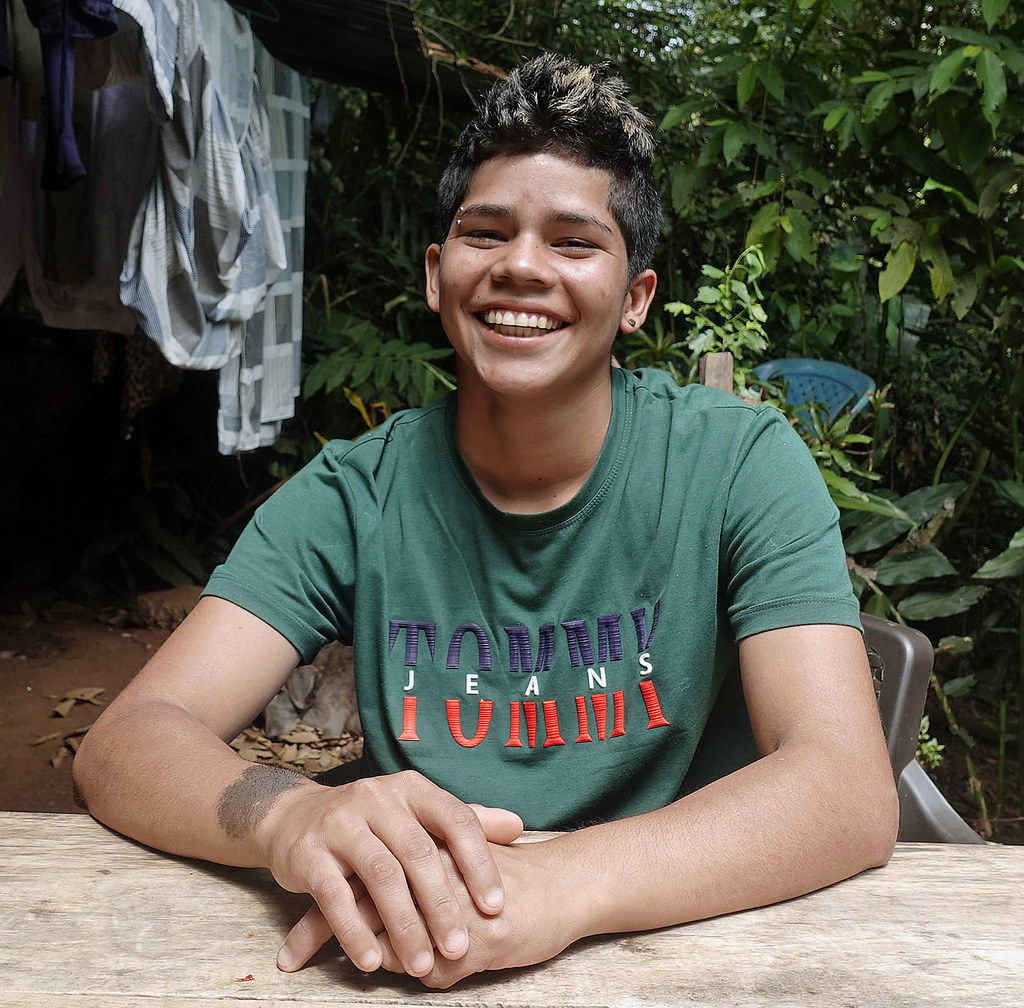 what life is ahead of him do you imagine?

What is this darker part on his right forearm?
P

In Colombia "el otro equipo" or the other team refers to lesbians. I thought it was a tattoo but it is a birthmark Lina has had a rough go. Her mother is a prostitute and a few years ago when the army entered a tiny four corners in the mountains to catch (or shoot) FARC guerrilla her mother was suplying her services to them and was quite drunk. In that state she mouthed off agressively to the soldiers and they said ok you're FARC too and took her to jail. Lina is a campesina and among other things picks coffee when there's work. In fact she has picked coffee at the finca La Esperanza which produces, strictly for export the gourmet brand Geisha. Sold in the US, Canada and England it is reported to fetch $170.00 a pound. She said she could get me some but I would have to peel it myself. Her mother is now out of jail.

You’re a great story teller. We get introduced to a real person!

Asher, would't you please look at this "birth mark" more closely? I am not a doctor, but you are.

Jerome Marot said:
Asher, would't you please look at this "birth mark" more closely? I am not a doctor, but you are.
Click to expand...

Sorry for not commenting on it, Jérôme, as is my won’t!

I did examine it very carefully right as soon as it was posted!

It appears to be a benign hairy mole. Yes it’s huge, but likely never to become malignant.

I just wasn’t certain that it was some sienna-like mark of a club or lovers!

Thanks Asher. I thought it was some sort of birth mark, but was not sure it was not one the types one should worry about.

Jerome Marot said:
Thanks Asher. I thought it was some sort of birth mark, but was not sure it was not one the types one should worry about.
Click to expand...

You might remember we had one fellow show very rare wild flowersI’m from Northern California. Subsequently he showed pictures of a rash. I recognized likely tutsinagushi tick-borne infection. He said that he went to the ER and they gave him penicillin.

I called him that he had 24-48 hrs to live as he need a Tetracycline.

He returned there and a new doctor pointed out that the original guy was a cardiologist and agreed he need Tetracycline urgently!

I assure you I always look at every picture for Disease and every person who walks by or I see in a store!