The resulting images from my shots last night, where I went out just to see if I could identify a specific star patter in the sky —— demonstrated the clear difference between shooting long exposures to build up light, and the unique Live Composition feature on Olympus cameras. It can be easy to assume they produce basically the same result. But that is not the case. While my immediate choice is always Live Comp for long exposures, I can see that there may be times when the overall light addition of a long exposure is preferred.

Because I didn’t keep records, it is impossible for me to tell the exact length of time the shutter was open for the Live Comp images - I do know that this first image had the settings of 1600ISO - f1.8 @ 4sec - where continuous 4sec exposures were added to the image (combining for probably 15-20 sec exposure). I imagine there were 4 or 5 before I stopped it. I figure roughly the same as the long exposure (2’nd pic) which is 1600ISO - f1.8 @ 19sec (I used Live Time to watch the exposure build up on the LCD screen) 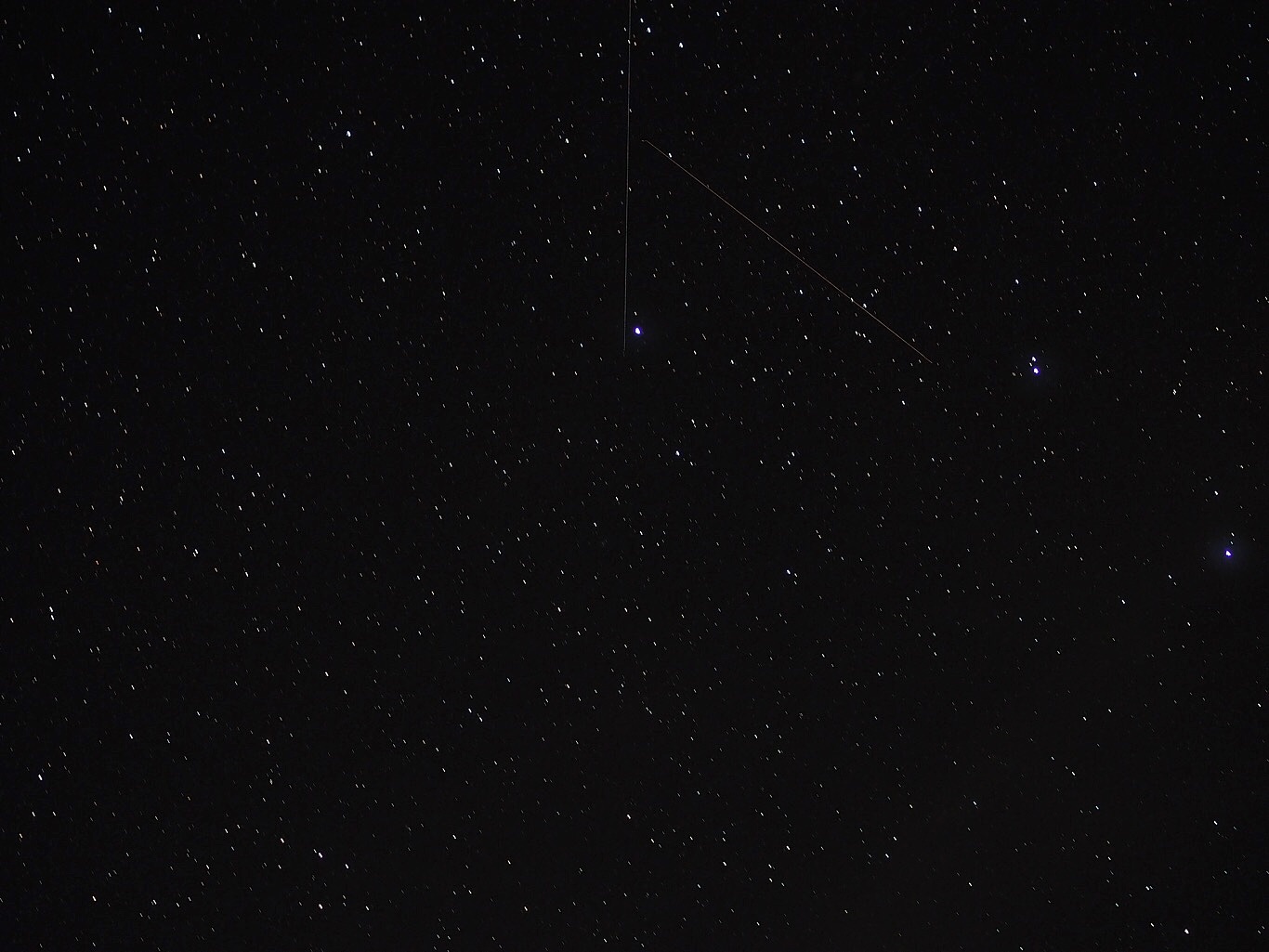 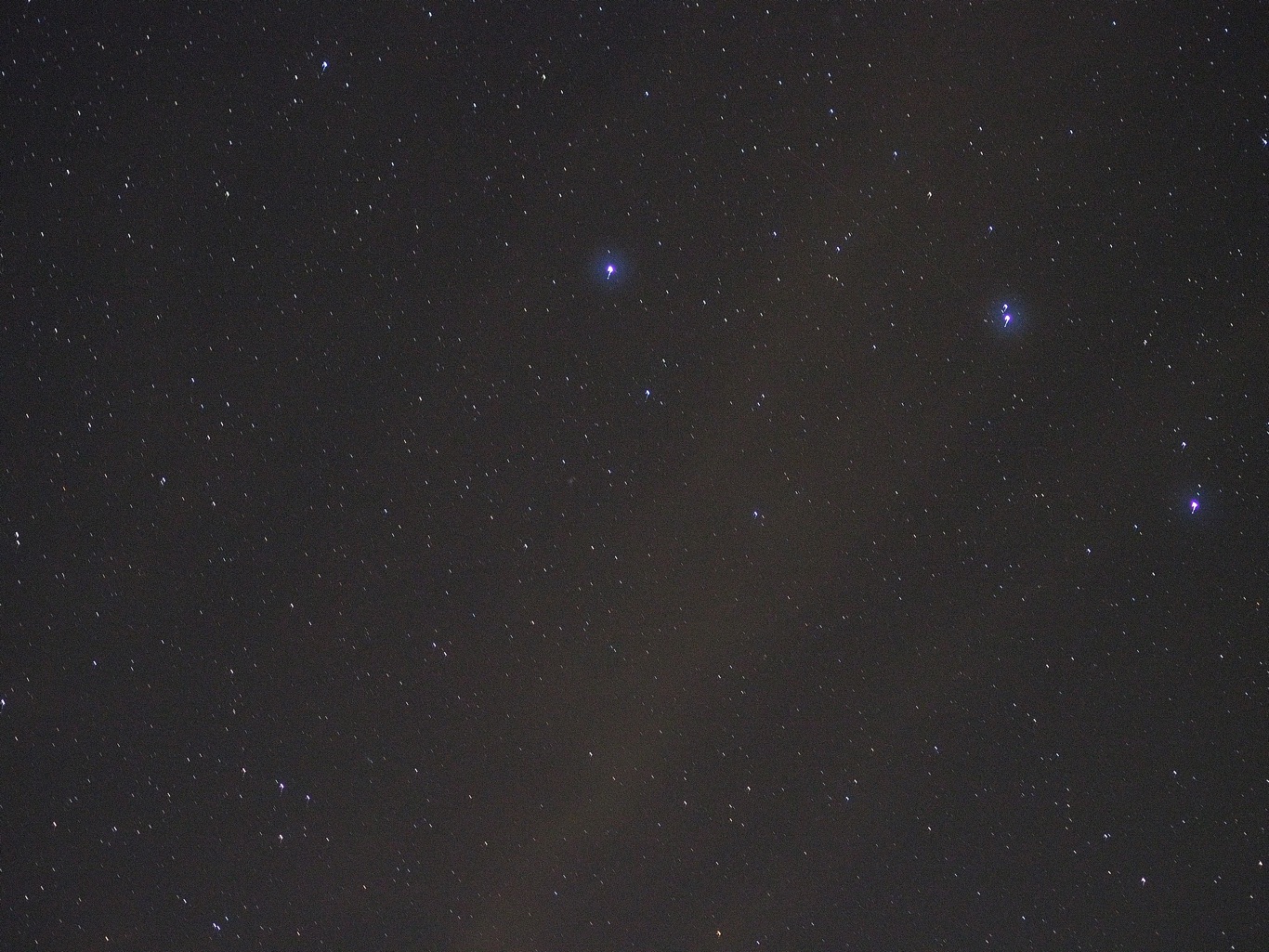 ​
With these very long exposures, the difference is more defined. The first is a long exposure capture of 59sec. (1600ISO f1.8). The second is Live Comp as the ISS went across the frame. It is still black in the background even though the total exposure was probably 2-3 minutes (1600ISO f1.8 @ 4sec). Except that the light streaks would be longer, the shutter could stay open for hours with Live Composition setting and the picture would not become blown out as it would with a time exposure. 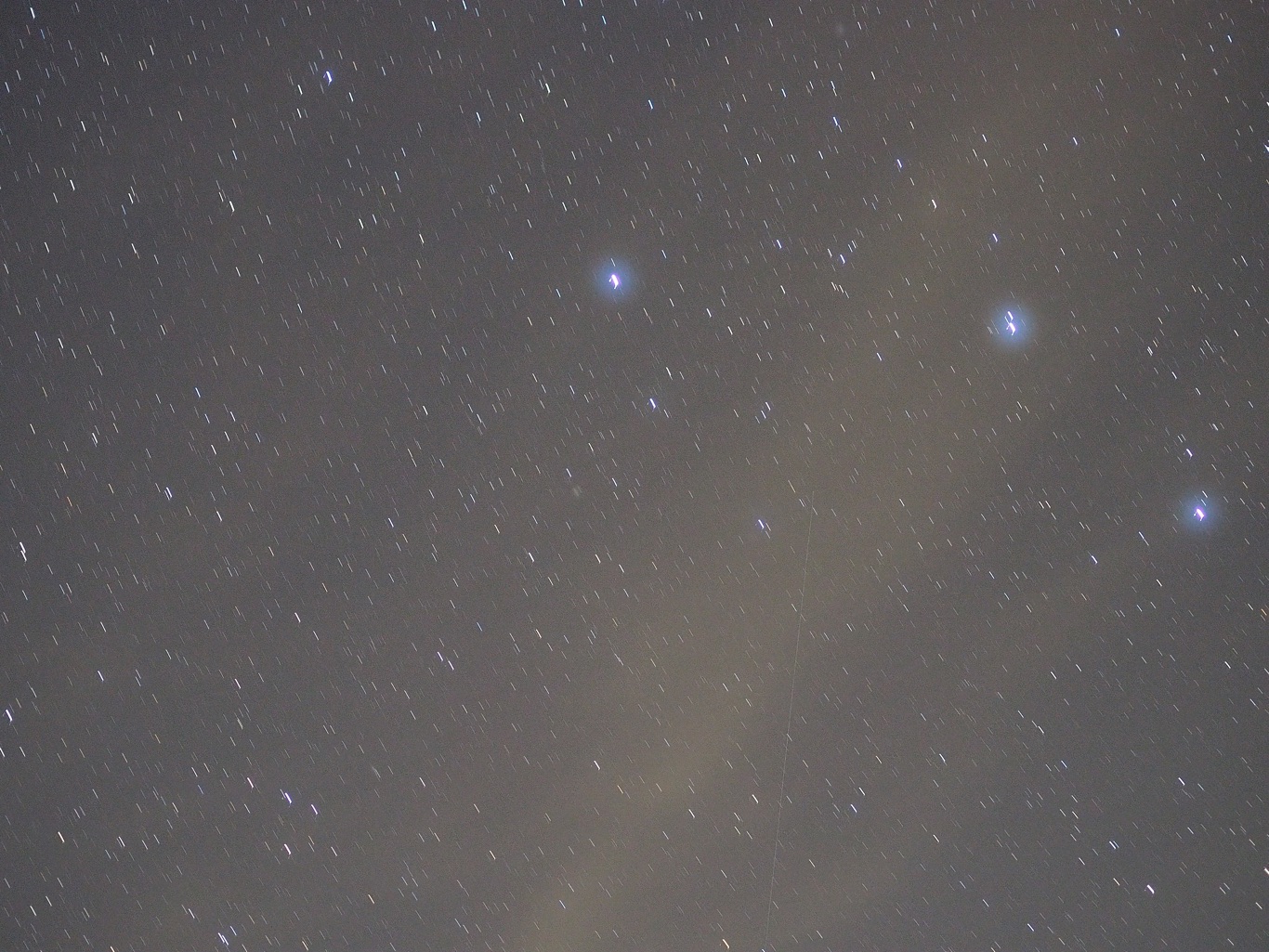 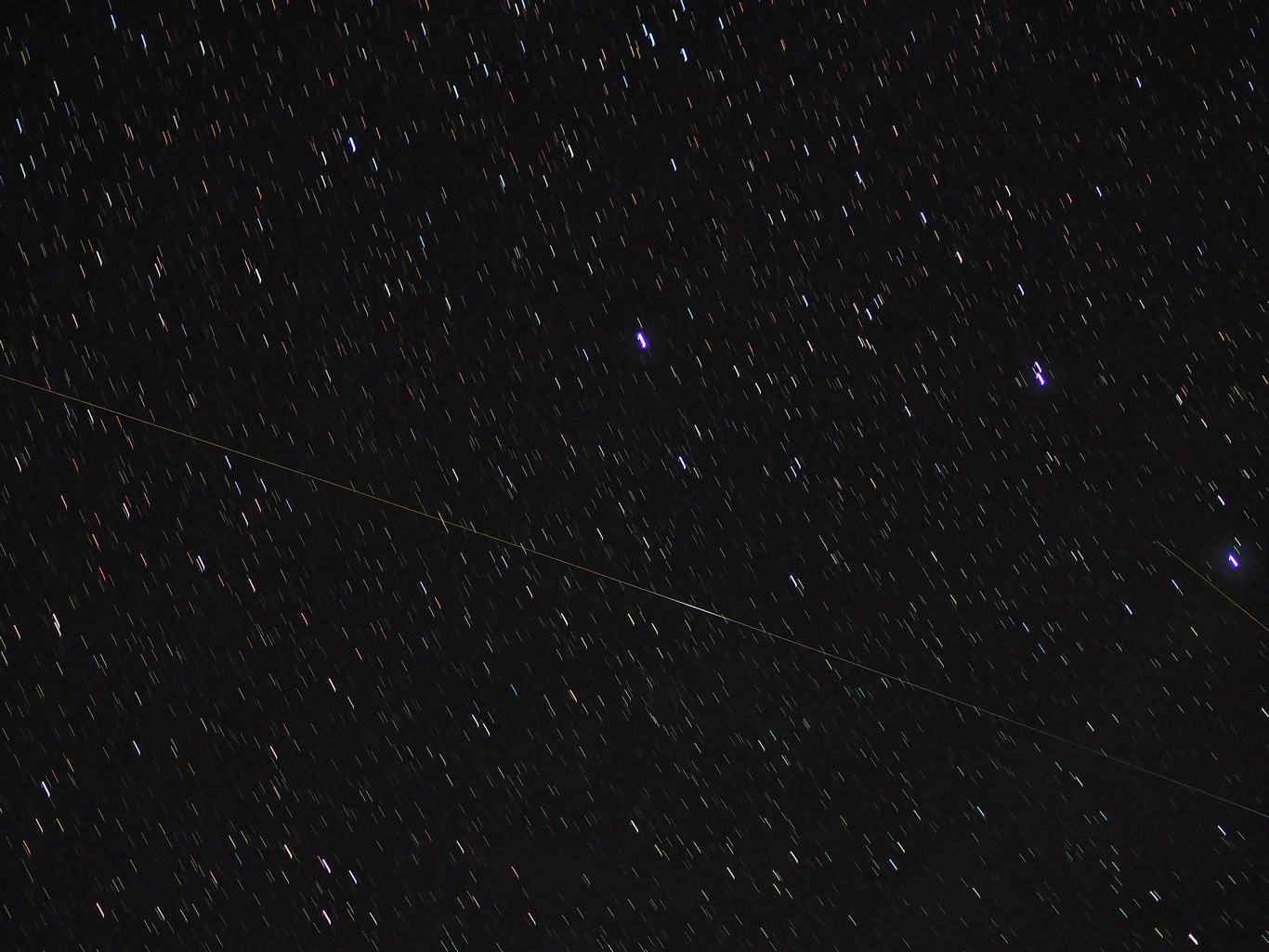 Very successful experiment. Why is there a section of the line that’s extra bright?

Very successful experiment. Why is there a section of the line that’s extra bright?

I’ve notice on a couple of occasions when watching the ISS, that there will be a really bright glow for a few seconds of its path across the sky. We only see the space station because of it being lit by the sun. There are no lights in ISS bright enough that you would see it in the sky - let alone it being as bright as Venus. I presume that flare out, is a result of the angle of the sun reflecting off it at that point. But don’t know for sure.
You must log in or register to reply here.
Share:
Facebook Twitter Reddit Pinterest Tumblr WhatsApp Email Link
Top