Plover Scar and the Ocean Traffic - a short story...

Plover Scar and the Ocean Traffic - a short story...


Morecambe Bay is still a thriving shipping channel as cargo vessels and passenger ferries travels to and from Glasson Dock and Heysham. Heysham ferry port is located on the North-West coast of England, approximately 4 miles South of nearby Morecambe, and 6 miles west of inland Lancaster. Glasson is still a thriving port handling over 150,000 tonnes of cargo annually and is still used today all year around by cargo ships and pleasure craft alike.

Standing proudly is the 8 meter tall 170+ years old Plover Scar lighthouse safely guarding the seafarers routes - though as the following images were in the afternoon, there's no shining light! Remarkably, the lighthouse off the north Lancashire coast (near Cockersand Abbey) was hit at night time by a large, empty, cargo vessel en route to Glasson Dock and was seriously damaged in the collision, back in 2016.

During my walk on Monday this week, I was lucky enough to see a couple of ships - one leaving, the other arriving.

The Silver River cargo vessel is a general cargo vessel built in 1968. She measure in at over 44 meters long. 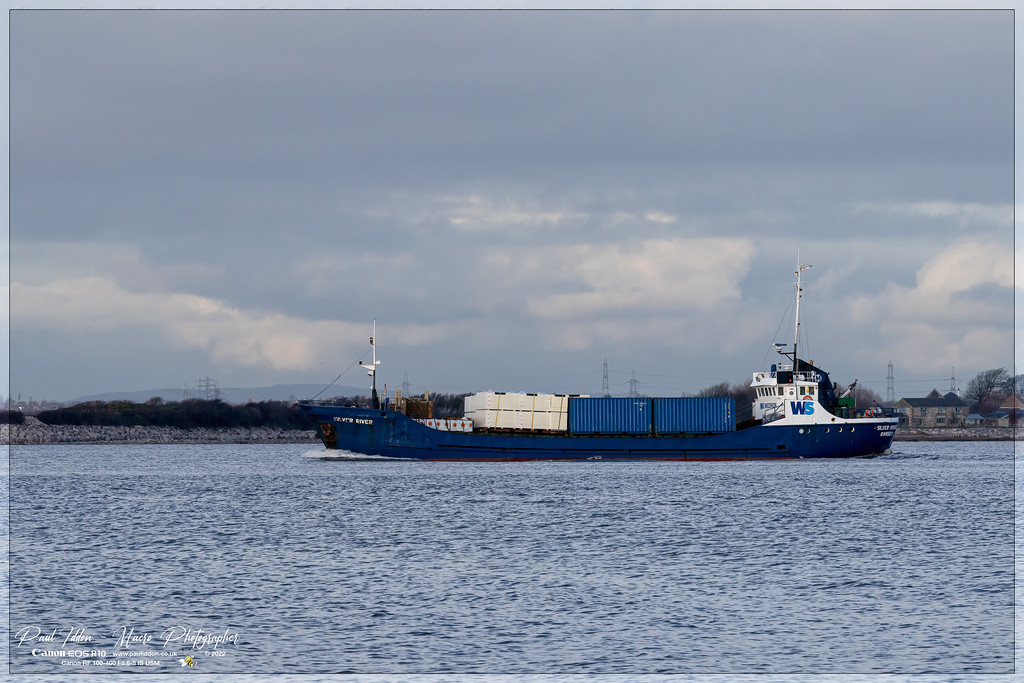 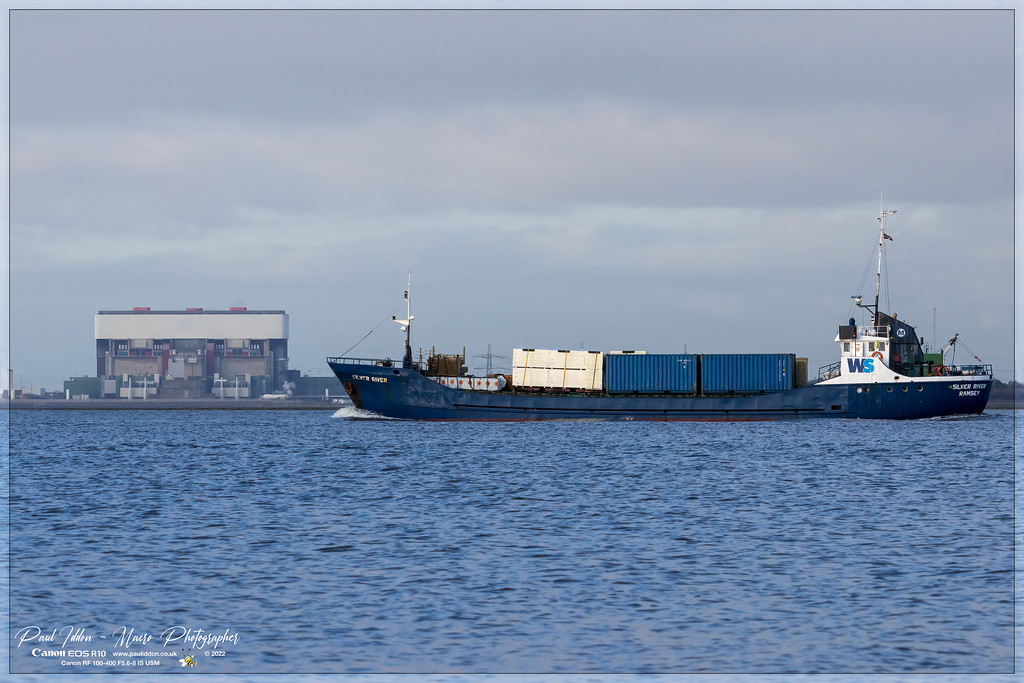 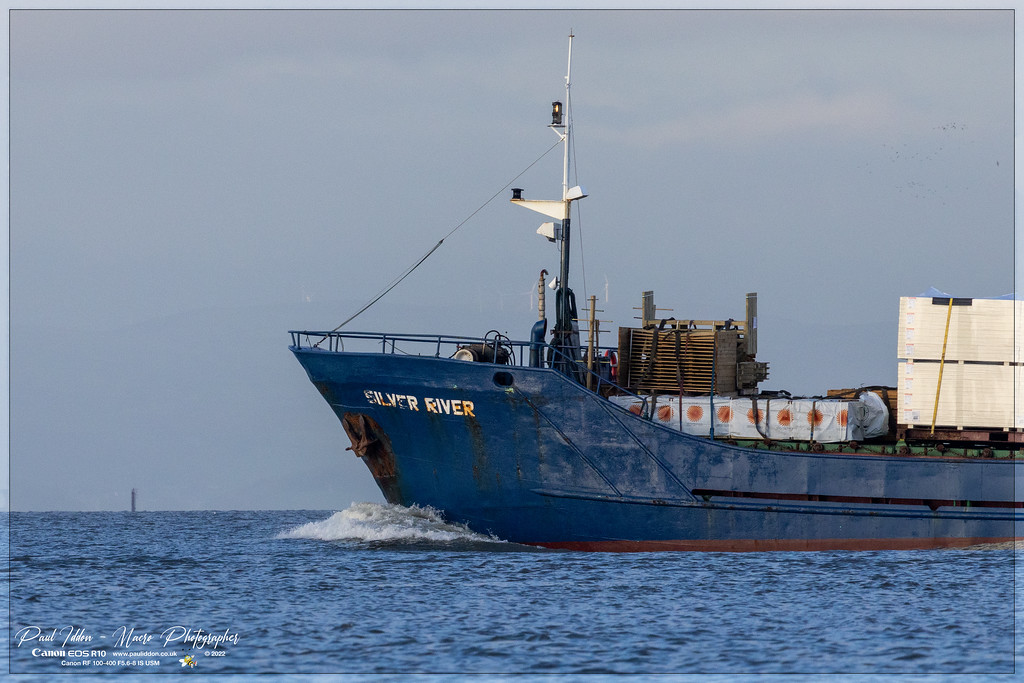 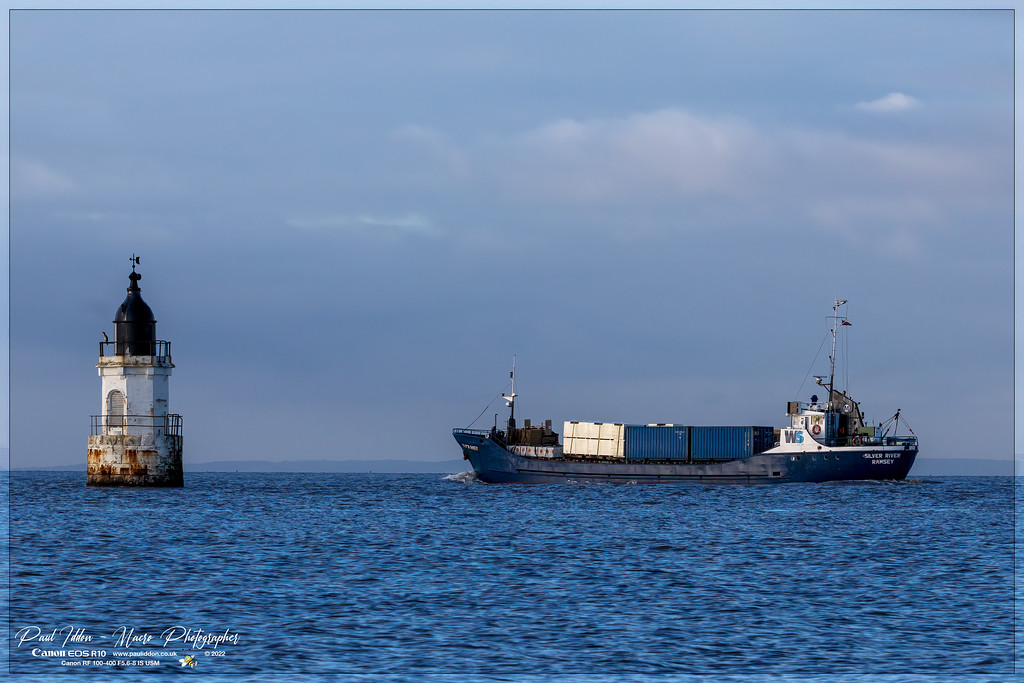 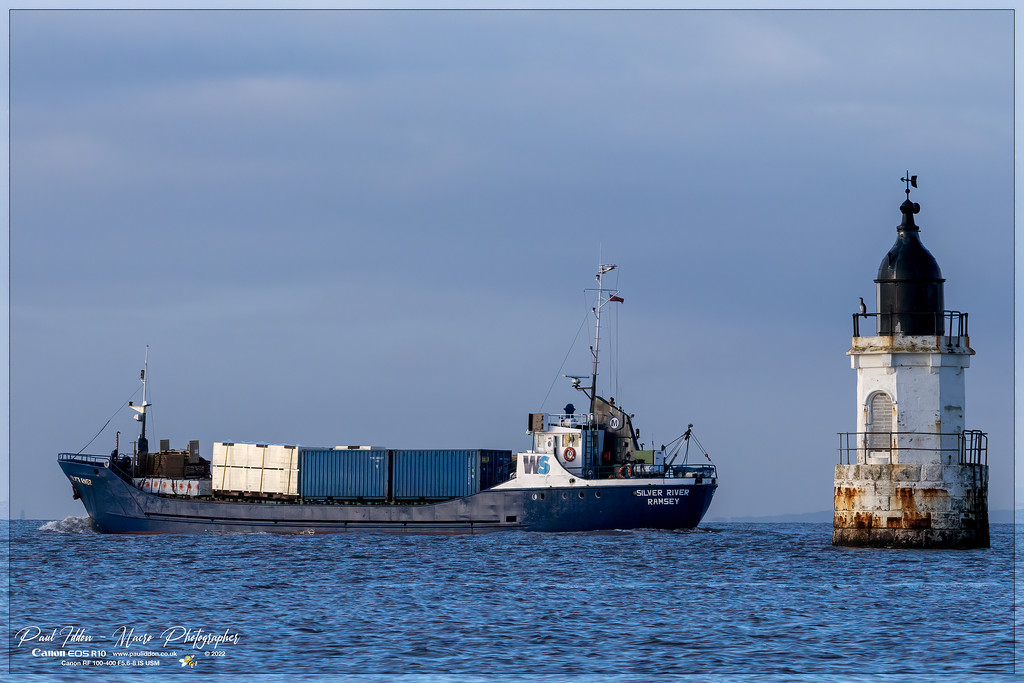 Plover Scar lighthouse is always worth a visit - more so when the tide is out which affords the chance to see more of the structure, and the chance to get a lot closer. The tide was coming in when I visited, but still afforded some good photo opportunities. 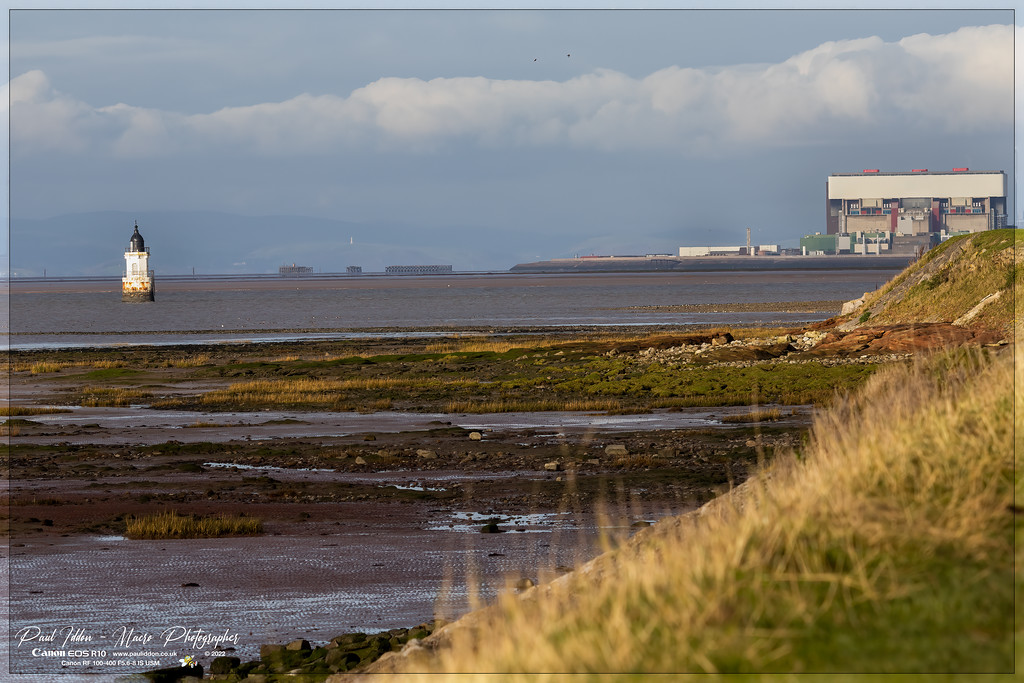 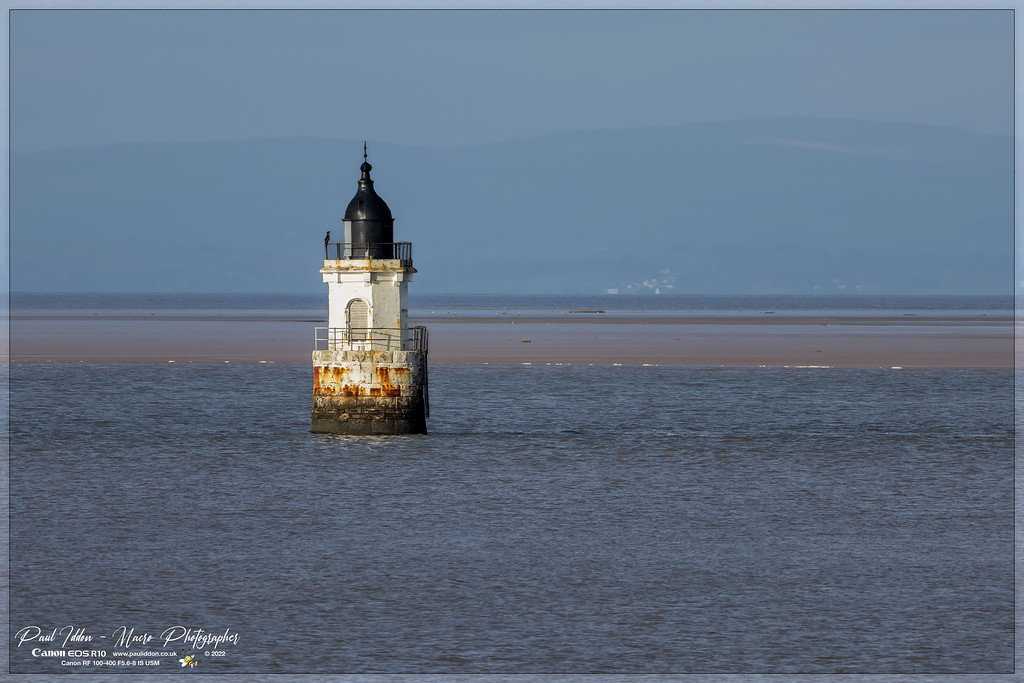 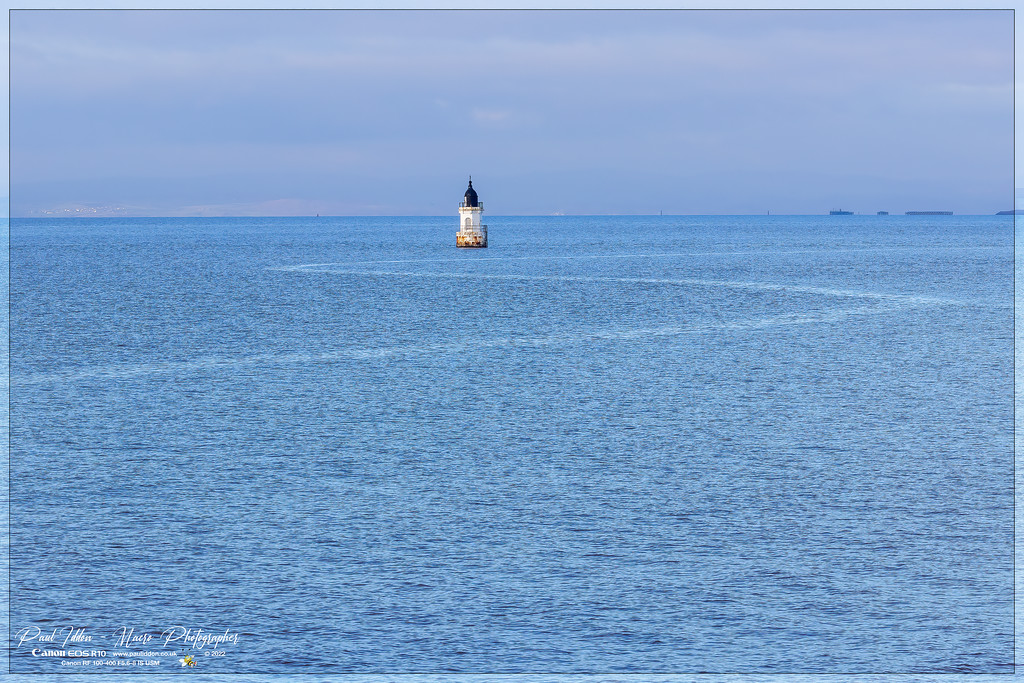 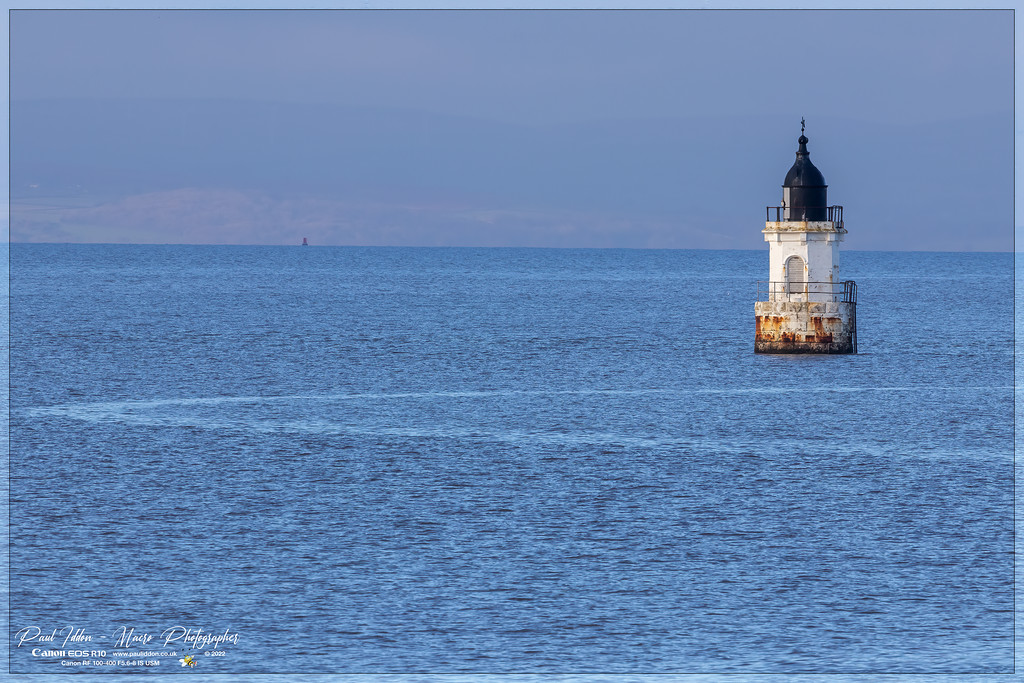 What I enjoyed watching the most was the arrival of first, the Glasson Dock's Pilot Boat "Trelawney" who escorted a decent general cargo vessel into the dock - the EEMS DOLLARD - sailing under the flag of the Netherlands, travelling from La Pallice in France. Her home port is Delfzijl, and she was built in 2004. Weighing in at a considerable Gross Tonnage of 2545 tonnes and measuring almost 90 metres in length and a breadth of 12 metres, her crew safely took her into port, after which (on Wednesday) she set sail again on her way to Newport, South Wales. (You can also see what I think is the "Admiral Bay" dredger at work in the background of the photo where the pilot ship passes the lighthouse). 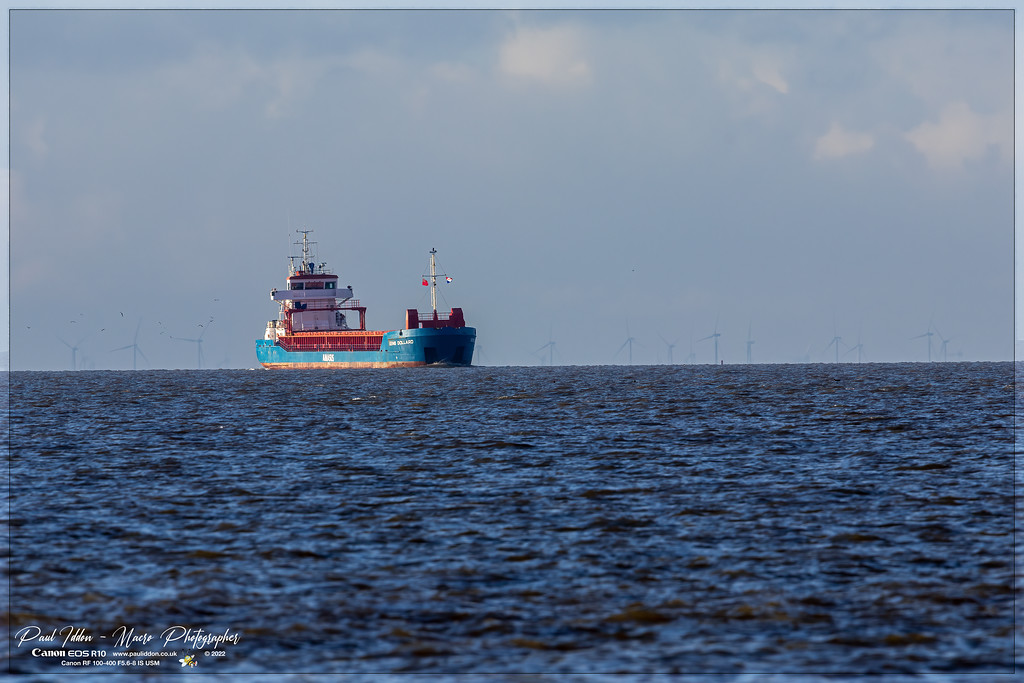 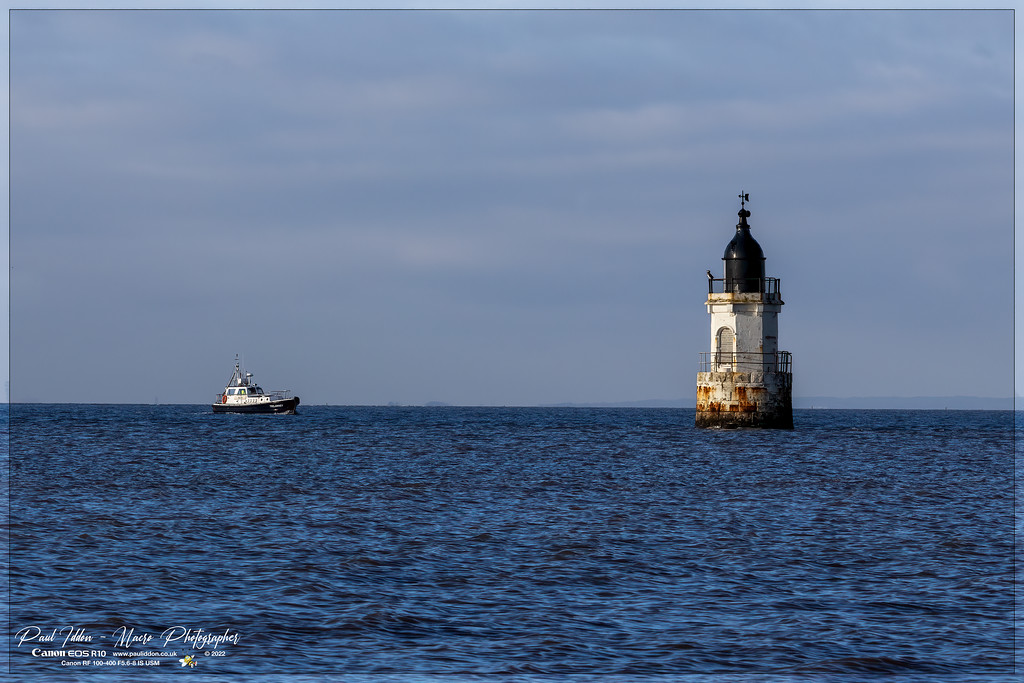 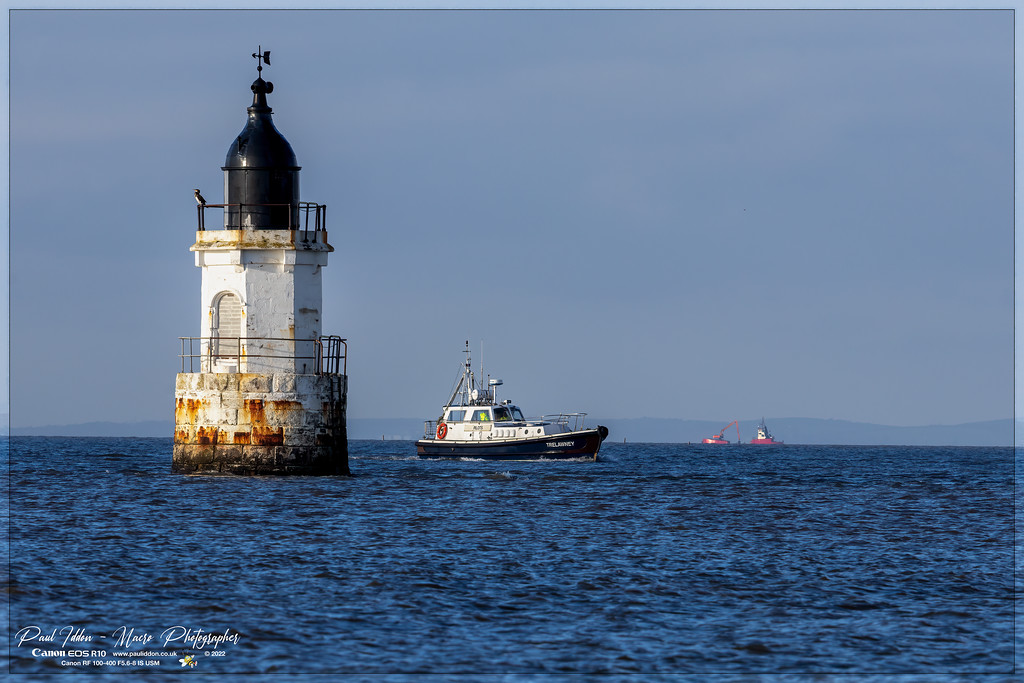 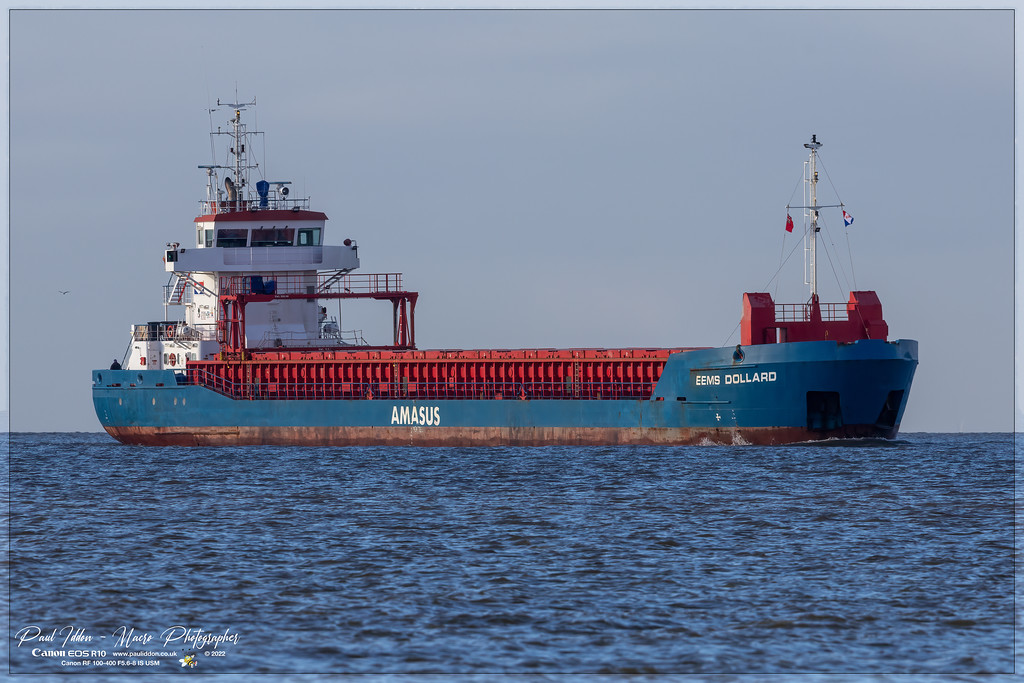 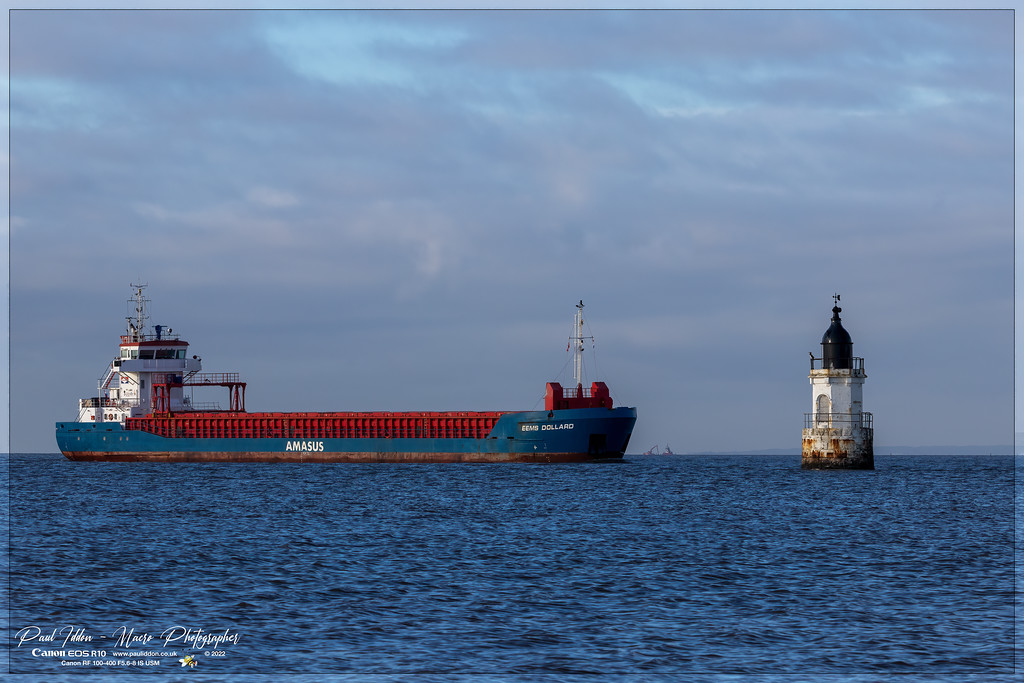 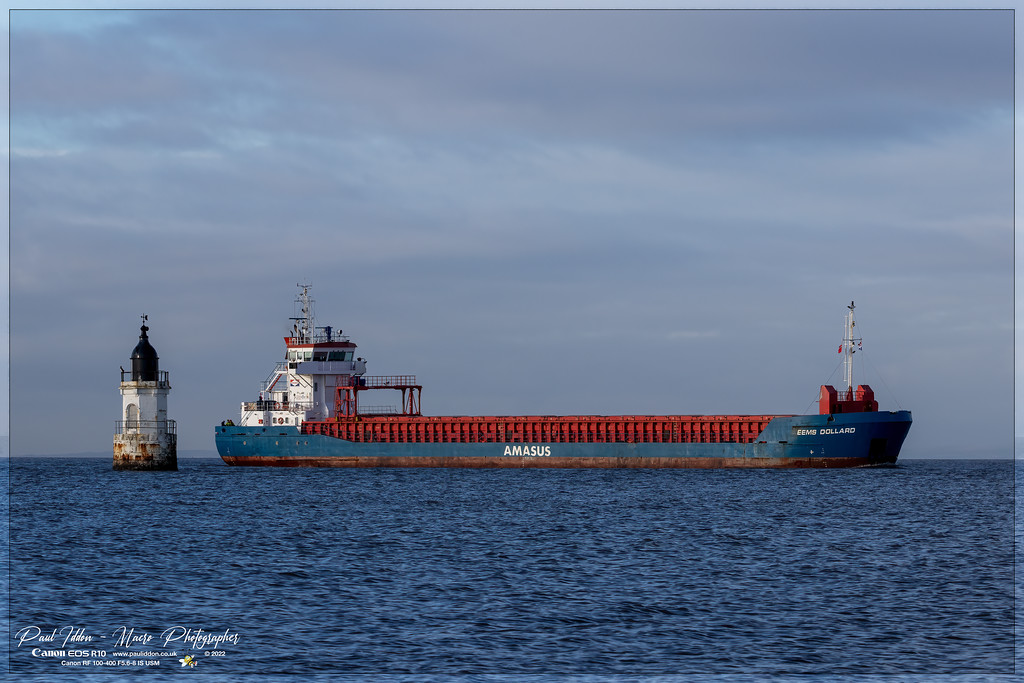 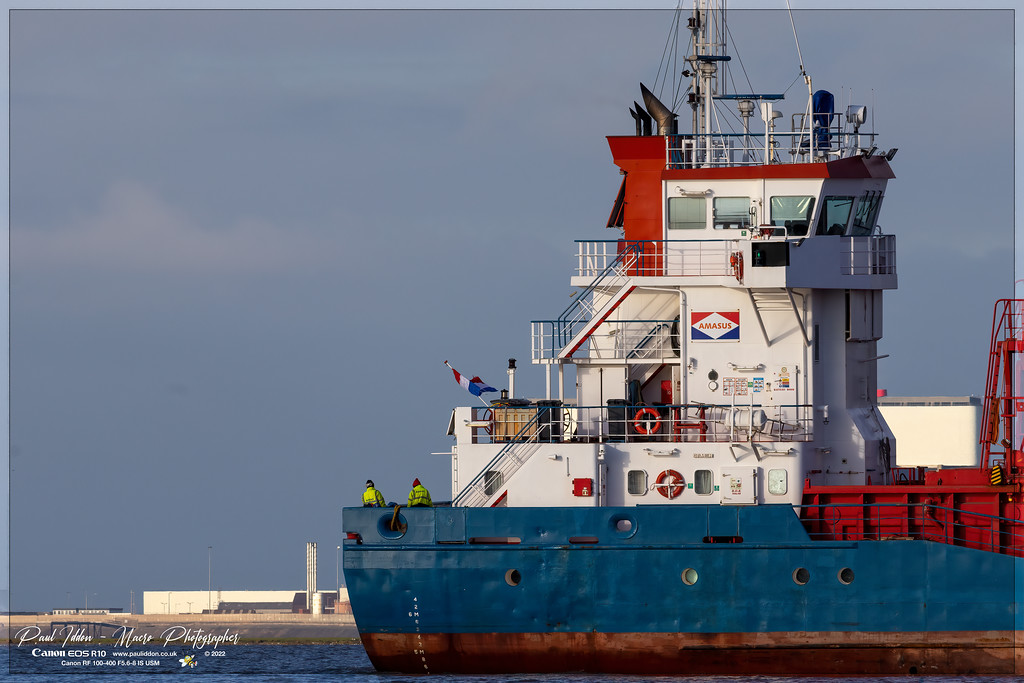 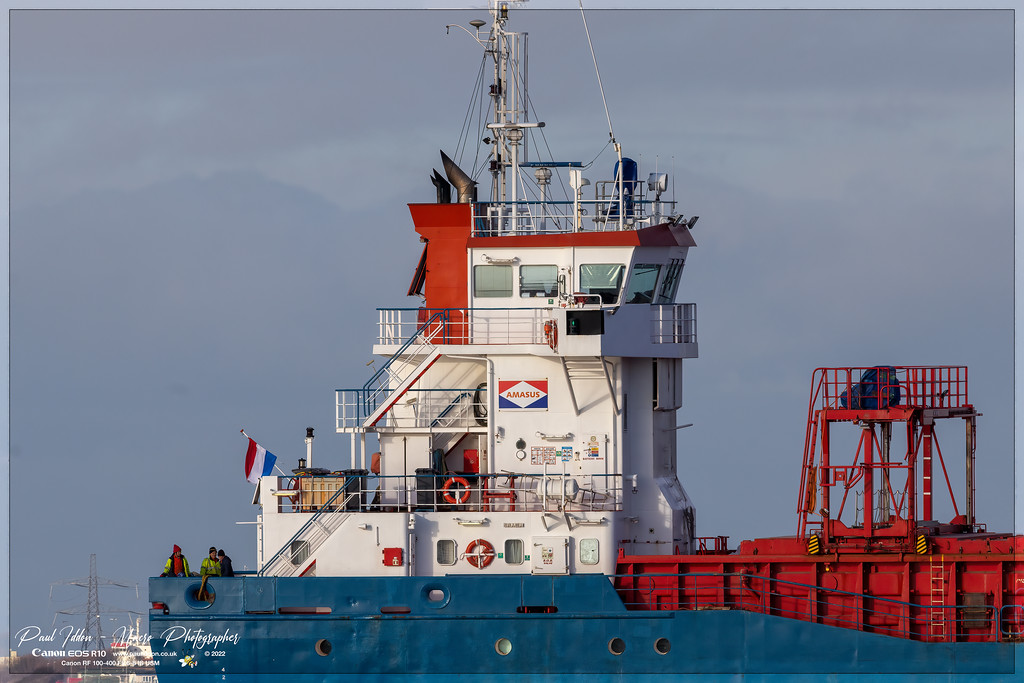 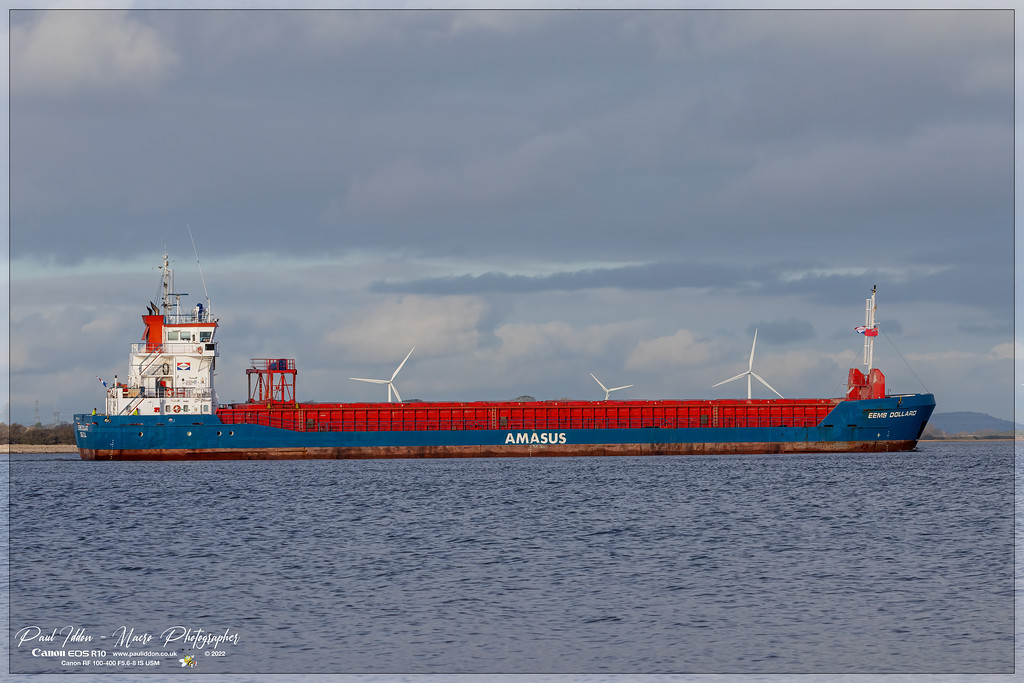 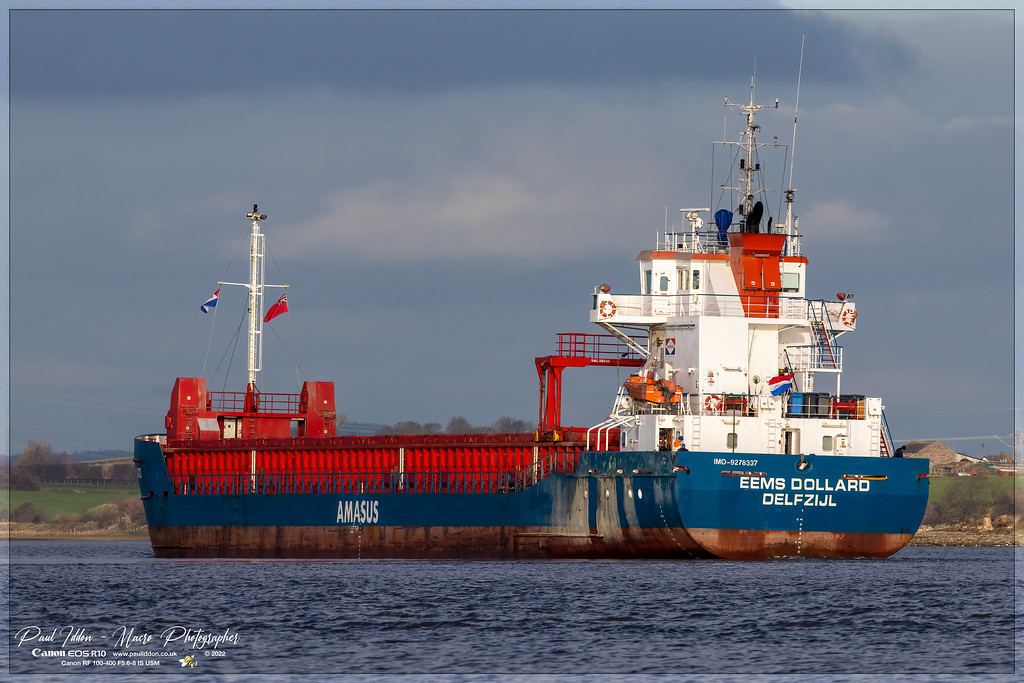 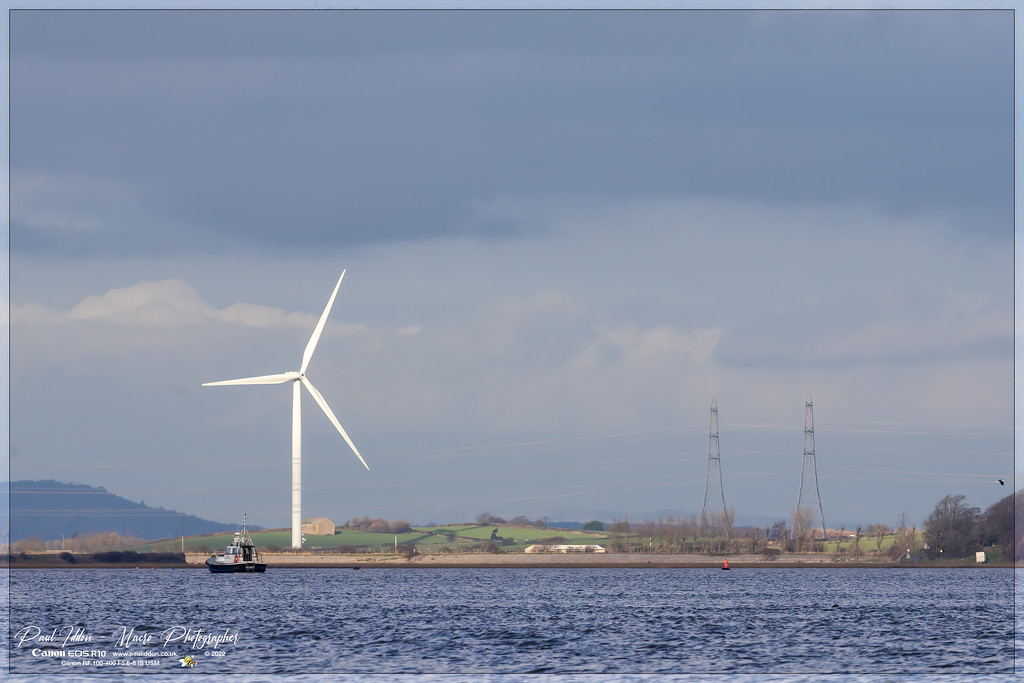 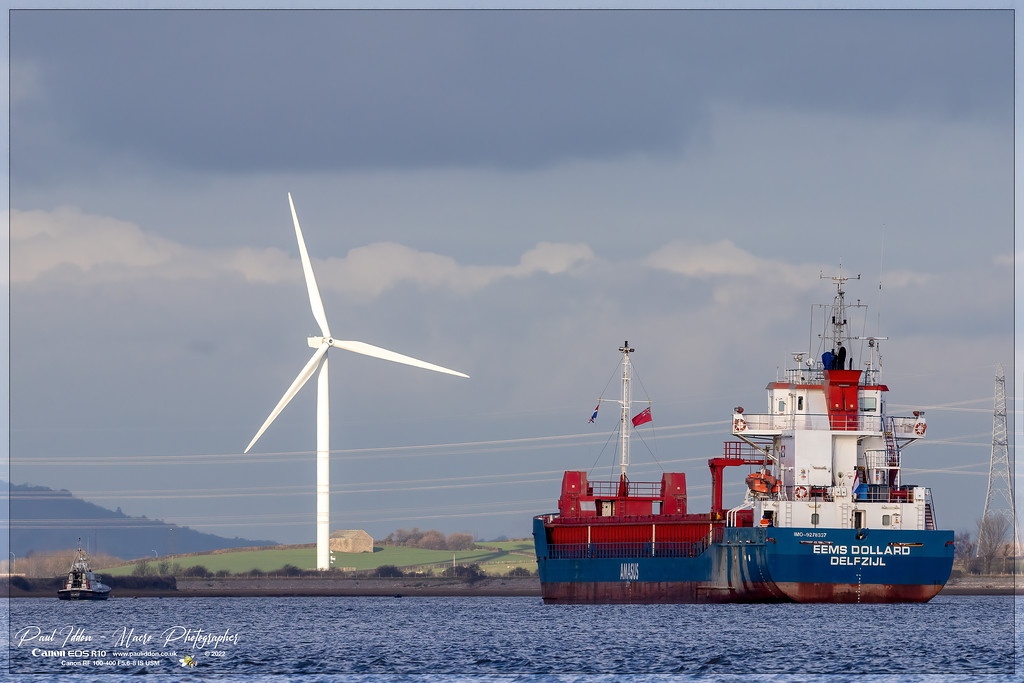 All in all, an enjoyable 90 minutes that gave me some very useable images. To be honest, I was very pleased with the sharpness the RF 100-400 zoom lens - being a budget lens from Canon, and pitched well below their acclaimed L series glass. Even though it has image stabilisation, I did use my tripod for most of these shots.

If you're ever in the vicinity of Lancaster, I would heartily recommend a visit to Cockerham Sands - but beware, its a long way down a rather narrow and awkward single track road that seems to ever end!


I hope you enjoyed this little marine story and managed to get to the end!

Such an enjoyable and memorable personal adventure, Paul. So appreciative that you took so many pictures and spent the effort to describe the vessels and lighthouse well enough that we could feel we were nearby with you on this visit!