First photographic foray after my heart event and it is kitsch at the very least but it was also something I'd never done and thought it would be fun to give it a try.

Light painting is generally done with flashlights on a subject area as a prelude to a Milky Way shot, or to emphasize an architectural feature, but in this instance I was using sparklers and steel wool spinning. Two of the three images are composites of two sessions with either spinning steel wool balls on fire or simple sparklers and the third, a single shot of 30 seconds with the spinning steel wool burning like crazy.

Yes, it's silly, and sophomoric but damn, it was fun!

The first one is a composite of two sparklers. The first sparkler was multi-colored, thus giving a lot of red/yellow tints and the second was pure white but while bright, it burned out quite quickly (Wal-Mart sparklers). Both were shot in twilight conditions as there were two of us trying to teach beginners the how to's of this kind of light painting. Both were shot at ISO 40, 5.6, 25 sec (and for whatever reason, I had my EV at .67 - probably left over from doing some bird shooting.)

The second was also a composite image of two separate steel wool twirls. The first shot was at f/11, 25 sec, ISO 160 .67 EV and the second layer was at f/14 just to add a bit more darkness without overpowering. Blending was a simple overlay of the light over the dark and painting in the details with a black brush on the layer mask. The last two shots were shot thirty minutes later than the first image, thus the darker imagery.

I was shooting a Nikon D850 w/ 24-120 Nikkor lens on an Artec Carbon Fiber tripod. We shot on the low tide flats on the bay side of the Gulf of Mexico, specifically so we could get good reflections.

We used a kitchen whisker (metal) with a short rope attached to it for height in the spin. We used 0000 grade steel wool (the lighter, the better the burn) which we stuffed into the inner wires of the whisk and lit with a fire wand. 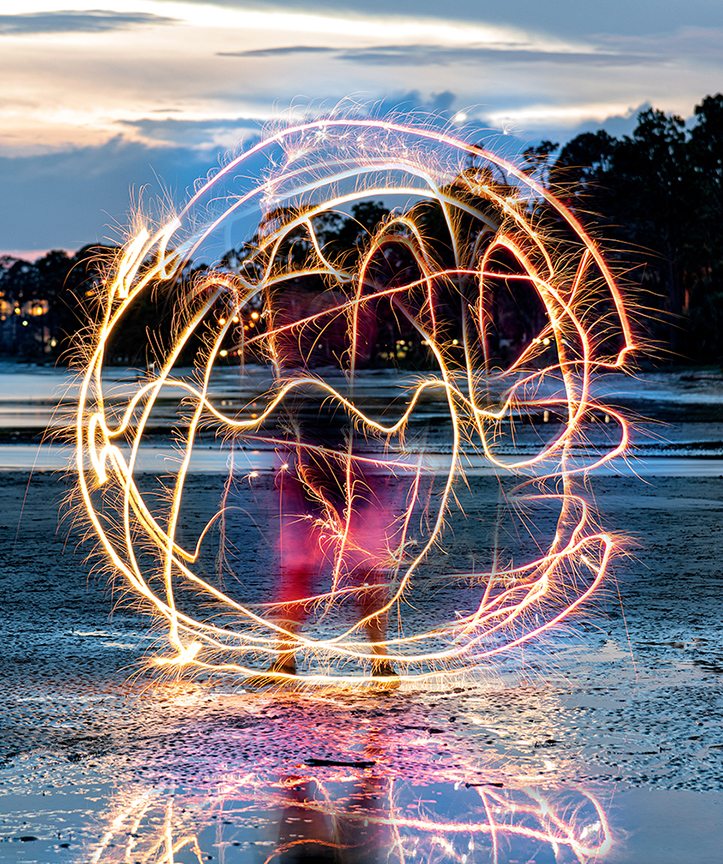 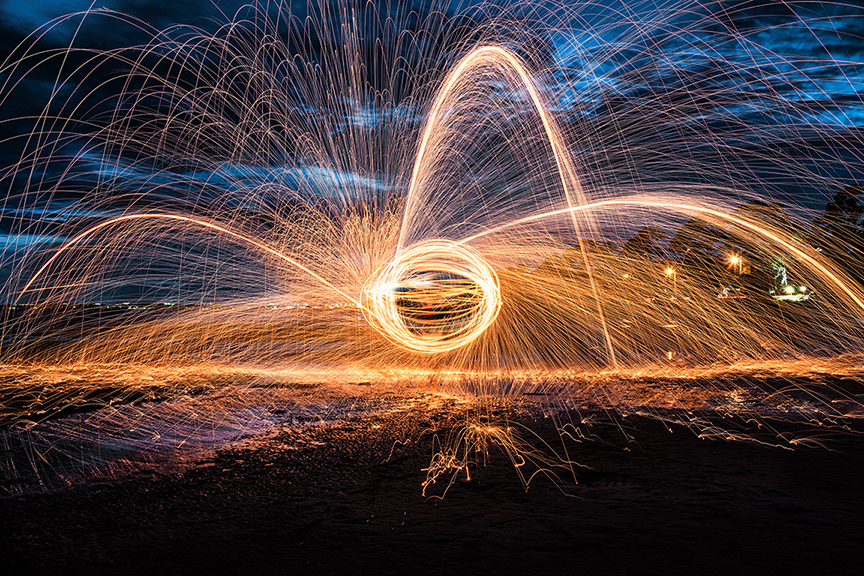 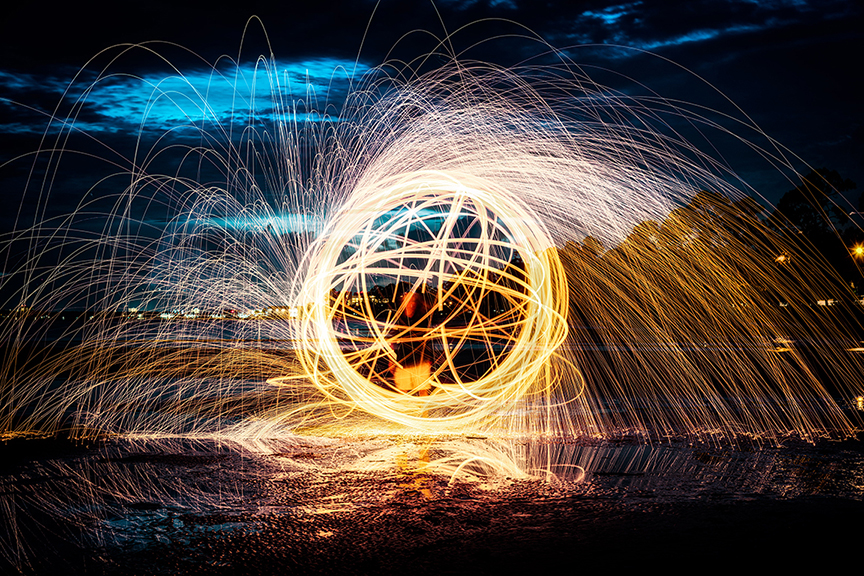 Those are fabulous Chris and yes, definitely made me smile! Glad you are better! Maggie

A friend of ours (Jason Hastain) did a photo shoot with my wife with burning steel wool in an abandoned railroad tunnel back in 2018. The hardest part was getting the lights off long enough to shoot. Every time he was set up & ready, somebody at one end or other would turn the timers on so they could walk through. But we did get the shot a few hours in there... 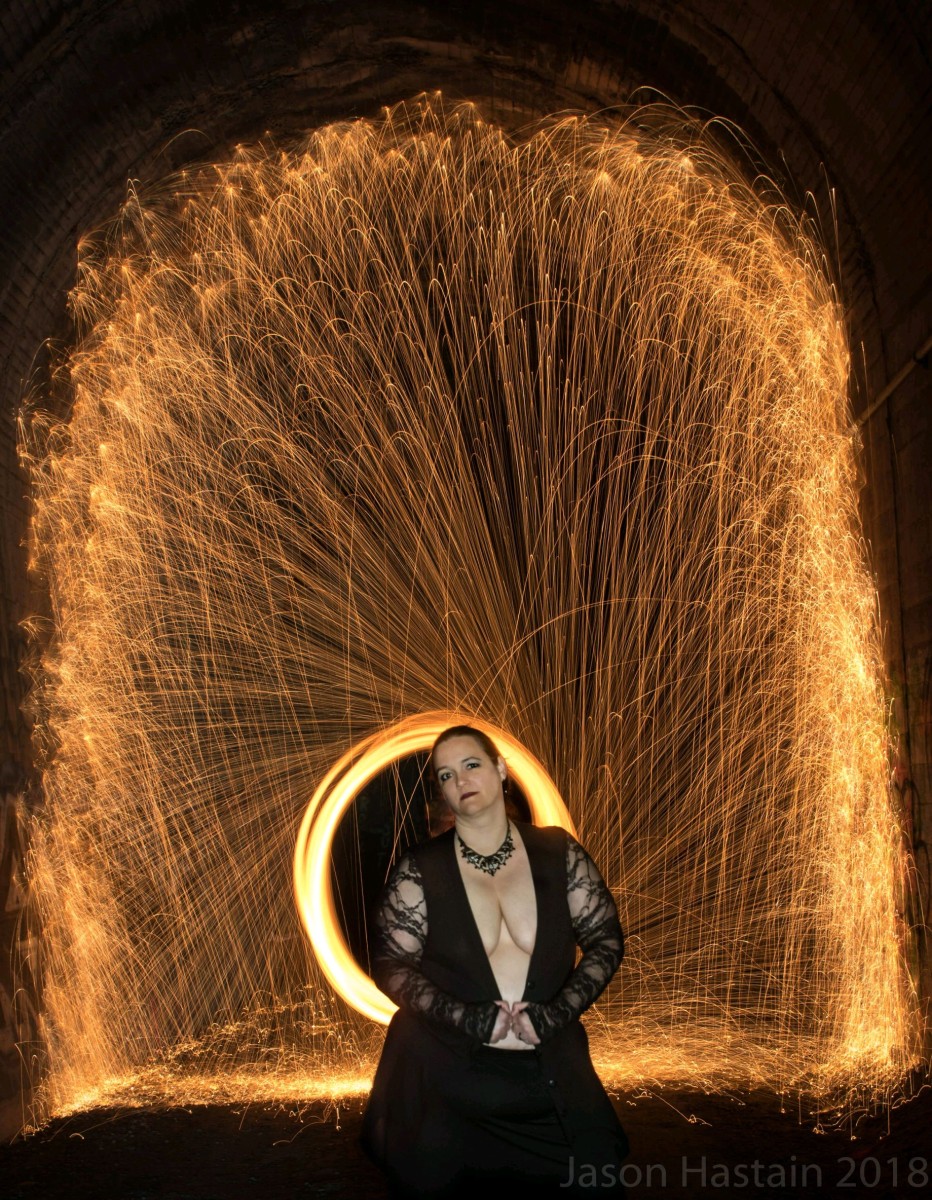 So impressive in so many intriguing ways!