Millions of species are threatened. When exotic ones die, like the Chinese Paddlefish, it reminds is what we are losing!

So many creatures don’t get sympathy for their plight. However this handsome fish has left much regret as dams and over-fishing and pollution have made fish in the Yangste River so depleted that this “king of the river” had insufficient remains prey and has been totally extinguished!

So, I have to use an Alamo picture, as no live specimens are extant!

Not unless some genius is able to revive the species from DNA in dried specimens will man ever set eyes on this creature for as long as we ourselves can survive! 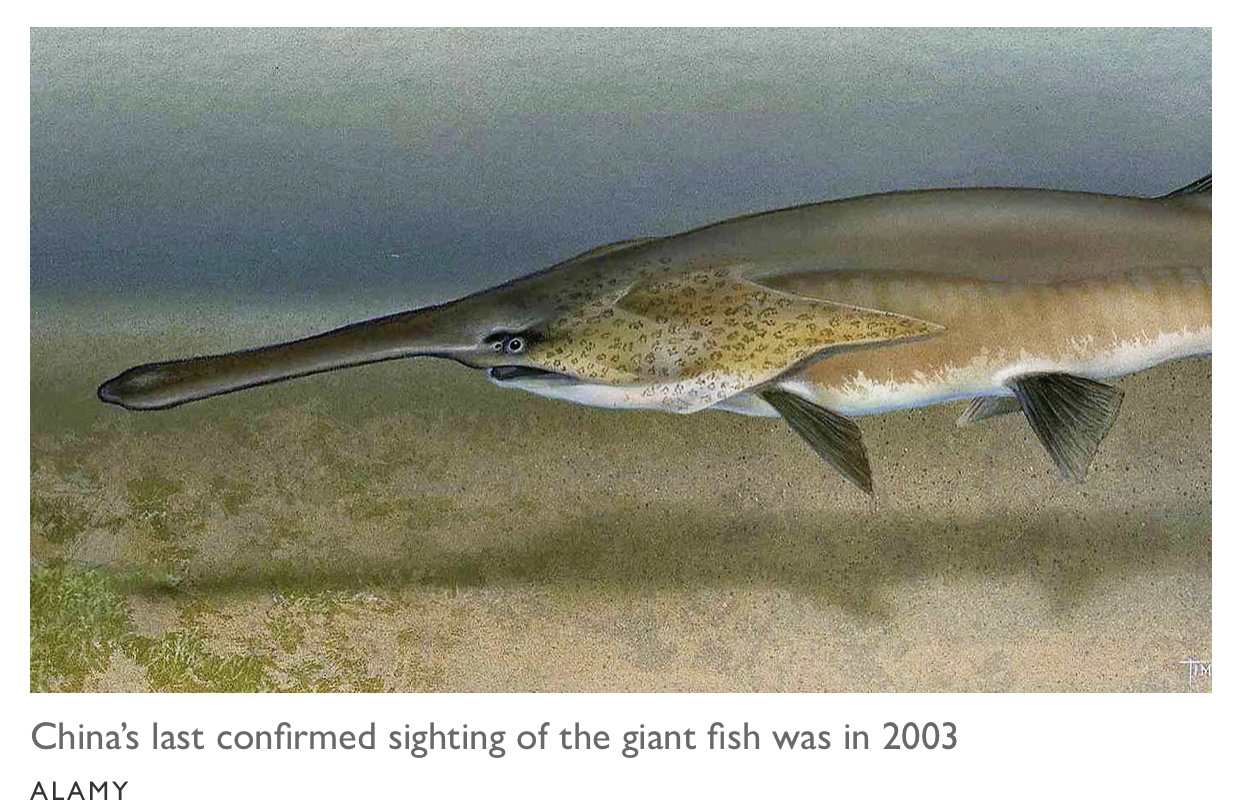