Heaven and hell in lower Manhattan

In an article by Sharon Sheridan of the Episcopal News Service (ENS) released on September 9, 2011, just before the 10th anniversary of the terrorist attack on the US, the lead is, "In the days after the World Trade Center towers fell, heaven and hell stood side by side in lower Manhattan."

The article describes how St. Paul's Chapel, an Episcopal church at Broadway and Fulton Street in lower Manhattan, New York, New York, just outside the zone of devastation from the destruction of the two World Trade Center towers, became a place of support and succor for firefighters, police, soldiers, construction workers, and others working in what came to be known as "The Pit".

The article was accompanied by a striking photograph. There were some "complications" on the ENS site regarding access to the photo, but ENS' editor, Matthew Davies, was kind enough to sort that out. (Filename management is such a pain!) In fact, there are two great shots.

This shows the scene on Broadway looking up Vesey Street, with St. Paul's just to the left. (Southwest is to the left; the side street just left of St. Paul's is Fulton Street).

That having been said, it is hard to add anything. 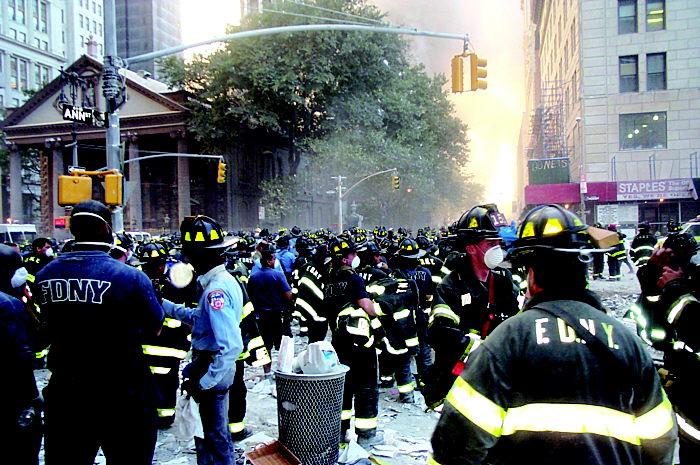 Episcopal News Service: Broadway and Vesey Street - after 9/11​
I don't know exactly when the photo was taken.

This shows military vehicles on Park Row, which runs off Broadway at Ann Street, just a little southwest of Vesey Street, on the other side of Broadway (heads toward the New York City Hall). 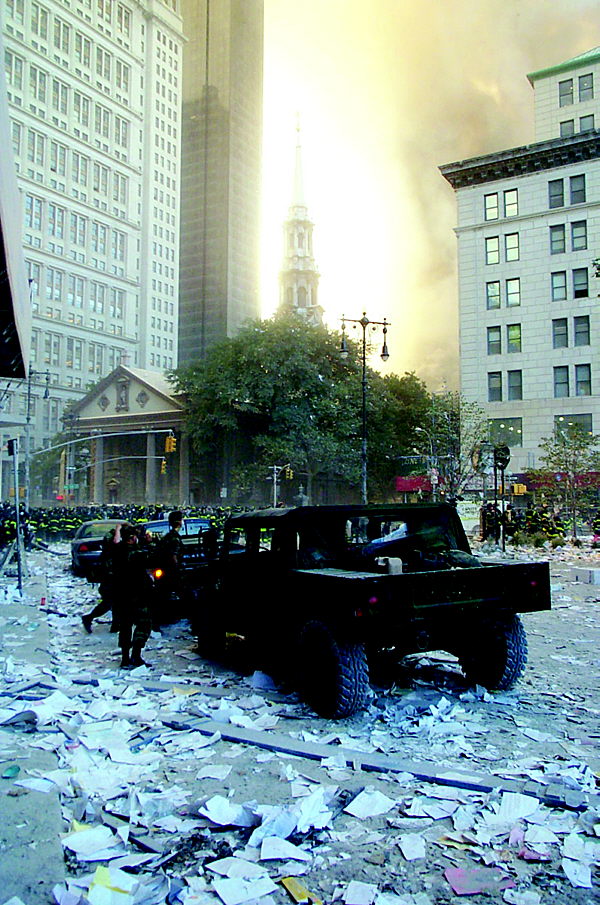 Episcopal News Service: Park Row at Vesey Street - after 9/11​
The large white building at the left of the frame is 195 Broadway, where my office was from 1961 to 1963, when it was the Headquarters of AT&T. (I was with their headquarters engineering staff at the time.) This was well before the construction of the World Trade Center.

For those interested in the rest of the St. Paul's story, here's a link to it:

This is The Episcopal Church (that is, the nationwide church) whose leadership has been assailed by self-identified "orthodox" religious groups for having "compliantly accommodated the degenerate mores of modern society."

Thanks, Matthew, for your help with this, and thanks, Sharon, for your insightful reportage.