It's the lens, stupid

It is said that, to an embryologist, a chicken is just a egg's way to create another egg. And in that same vein, it often seems (and well it should) that the role of a camera is to support a lens.

I've gotten a real appreciation for this outlook as I consider two of my favorite cameras, both Panasonic Lumix models, a DMC-FZ1000 and a DMC-ZS100. Both have the identical sensor ("one inch" size) and processing chain.

The size and weight comparison between these two machines is dramatic: 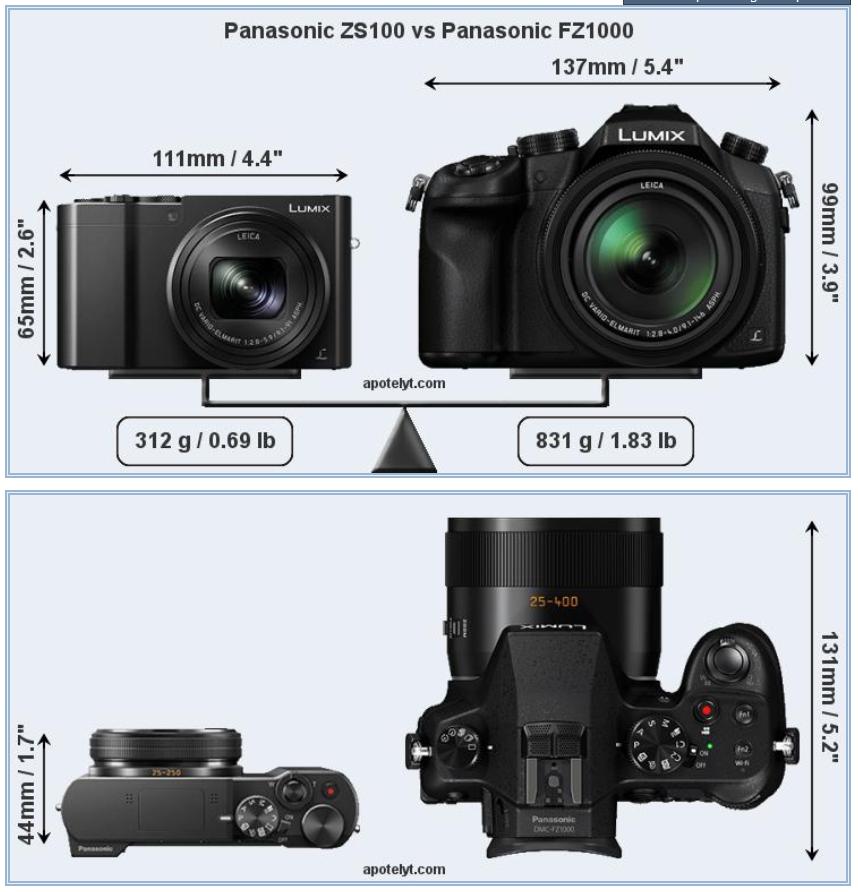 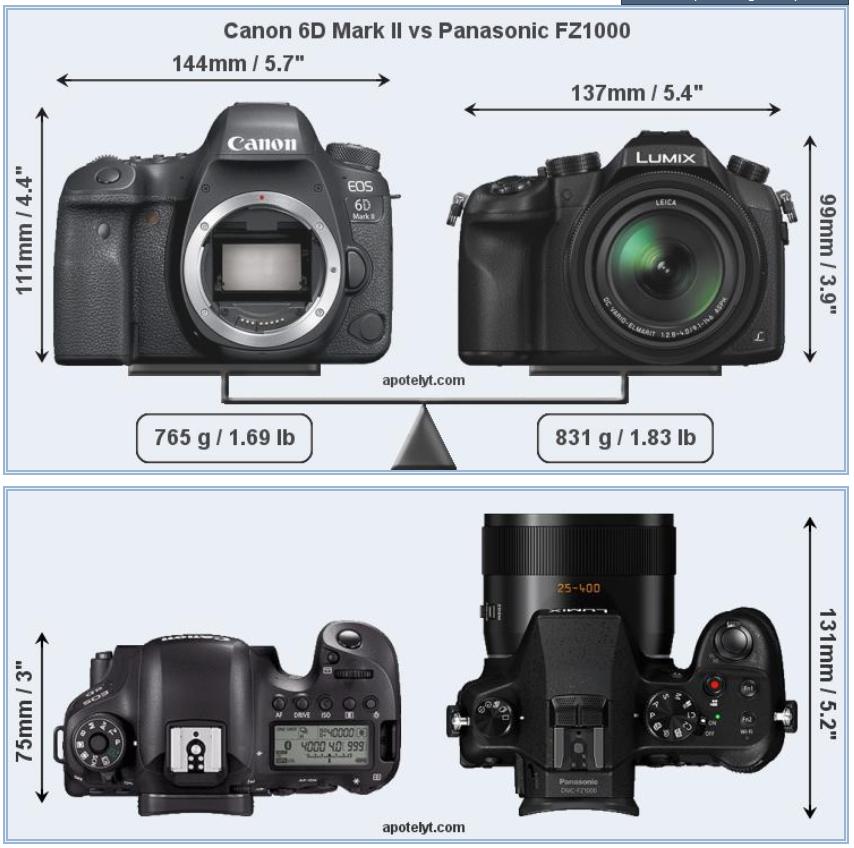 It seems that the lenses on the two cameras differ not only in their numeric parameters but in performance: for the same focal length and aperture, the images from the FZ1000 are almost always sharper than those from the ZS100. And the lens assembly of the FZ1000 is much larger than that of the ZS100 (and I assume heavier).

So, why is the "body" of the FZ1000 so much larger, and heavier, than that of the ZS100? Well, I guess to make it a "reasonable" bearer for such a larger, and certainly heavier, lens.

So why do I like the ZS100 so much? Because I can put it in my pants pocket. And it doesn't take up a whole place at the table when we go to a banquet meeting!

I didn't know that.

Here is a comparison between the results with the two cameras (and thus their two lenses). These shots were taken of the same subject, a shelf full of vintage Kodak movie cameras. Both were shot at the same focal length (and thus, as the cameras have the same size sensors, the same ff35 equivalent focal length, namely 200 mm).

Both were shot at ISO 1600 and at nearly the same aperture, around f/5.6. Both were shot with the onboard flash; the ambient illumination was modest, and I didn't want to introduce uncorrected camera shake blur from a long shutter speed into the "picture".

In each case, the small focus area was centered on the center of the two nearby knurled rings on the lens mount we see in the crops below (near the "4-1/2" marking on the focus distance scale).

In both cases we see approximately a 22% × 22% crop, at original camera resolution. The images are ex camera, there having been no external processing (not even exposure compensation to make the two images seem "equally bright").

The images are slightly different in size, a result of an accidental difference in camera location during the shoot (which was done in a very agricultural way).

My apologies for the extra wide images; that's just how it worked out.

First from the Big Dog, the Panasonic Lumix DMC-FZ1000: 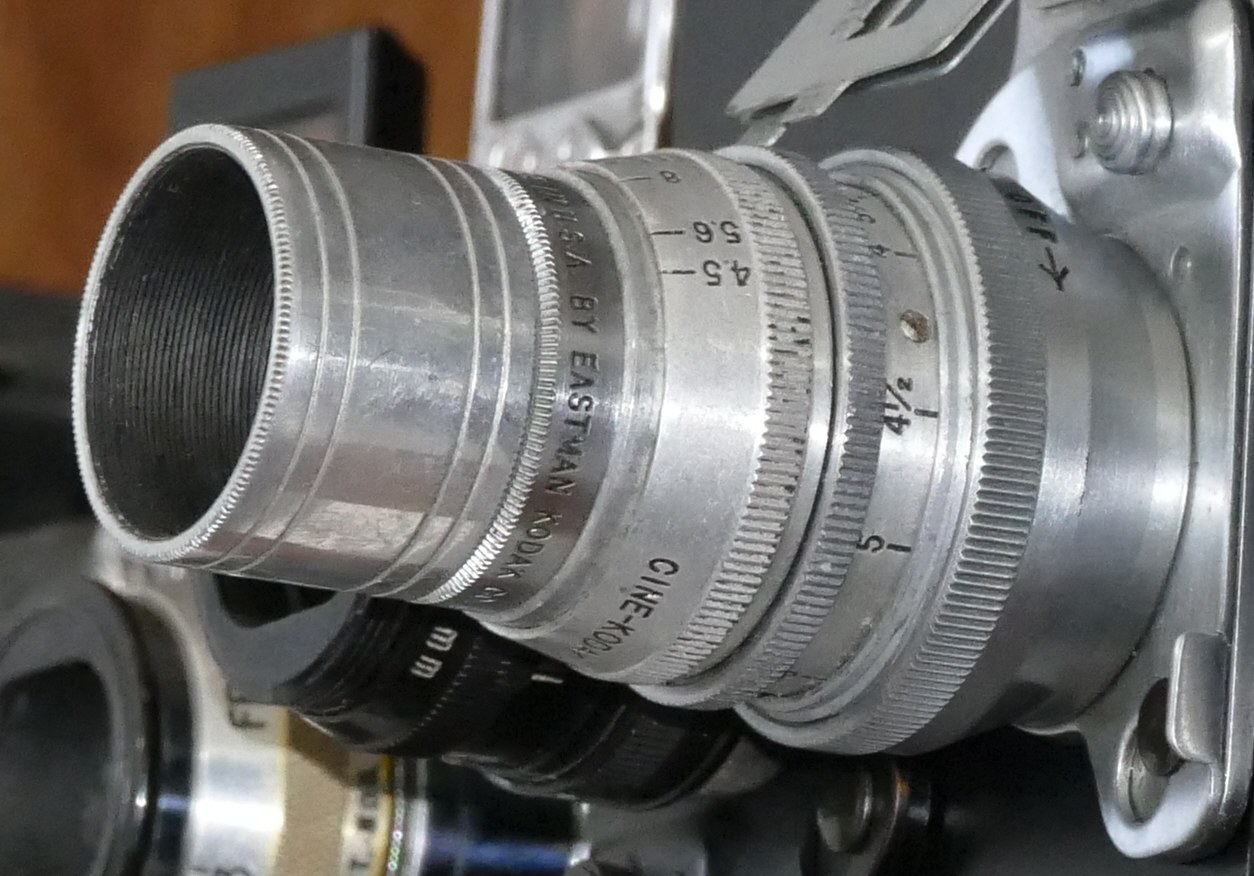 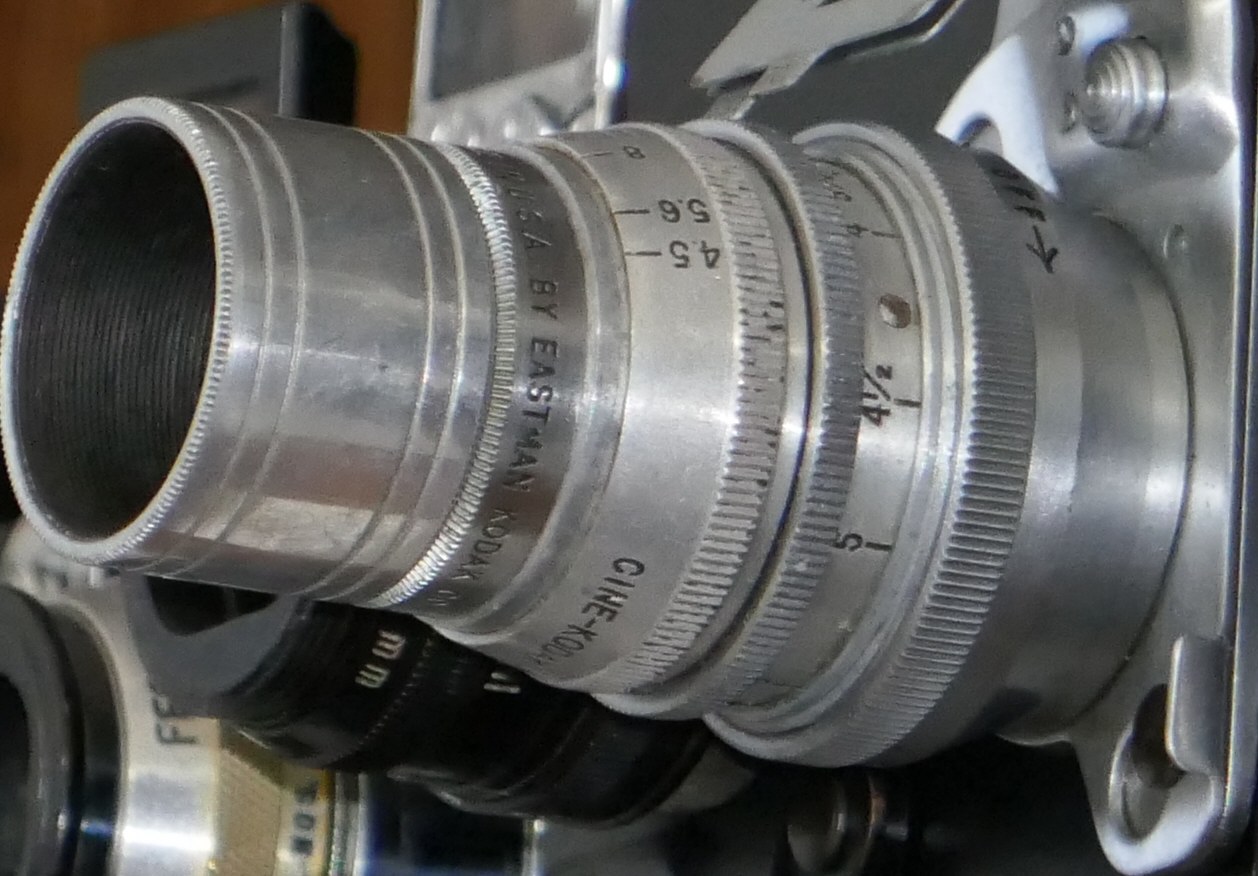 But it weighs almost three times as much as the ZS100!

I think the Leica C-Lux.

Actually, I see now that the Leica C-Lux is essentially the same as the Panasonic Lumix DC-ZS200, which is the successor to the DMC-ZS100, with a larger zoom ratio to its lens (which is however "slower" over its entire focal length range), a somewhat better EVF, and so forth.

I looked into the ZS200, but was a bit concerned that the longer zoom ratio might provide even more compromise in lens performance than in the ZS100 (and I was able to get a used ZS100 for quite a bit less money!).

And as to civilians being impressed, the most prominent legend on the front of the ZS100 is the "Leica" on the lens. Recently, at a civic meeting, the lady sitting next to me looked at the ZS100 and said, "How lovely! I had a Leica when I was in college."

Thanks again for the scoop.

Another comparison of interest to me is of the image quality between my Canon PowerShot G16 and my Panasonic Lumix DMC-ZS100, both of these being "pocketable" cameras of very similar size (the Panasonic actually being a little smaller).

To show "comparable images" requires the adoption of "creative accommodation". So with each camera, I framed the scene about the same (and since the aspect ratio of the G16 is 4:3 while that of the ZS100, as I use it, is 3:2, there had to be some imagination used in that regard). Then I took equivalent crops of the area around the "real subject" (the movie camera lens); I took the liberty of upsizing the G16 crop to make the two crops come out the same size on the forum.

In any case, here is the image from the Panasonic Lumix DMC-ZS100: 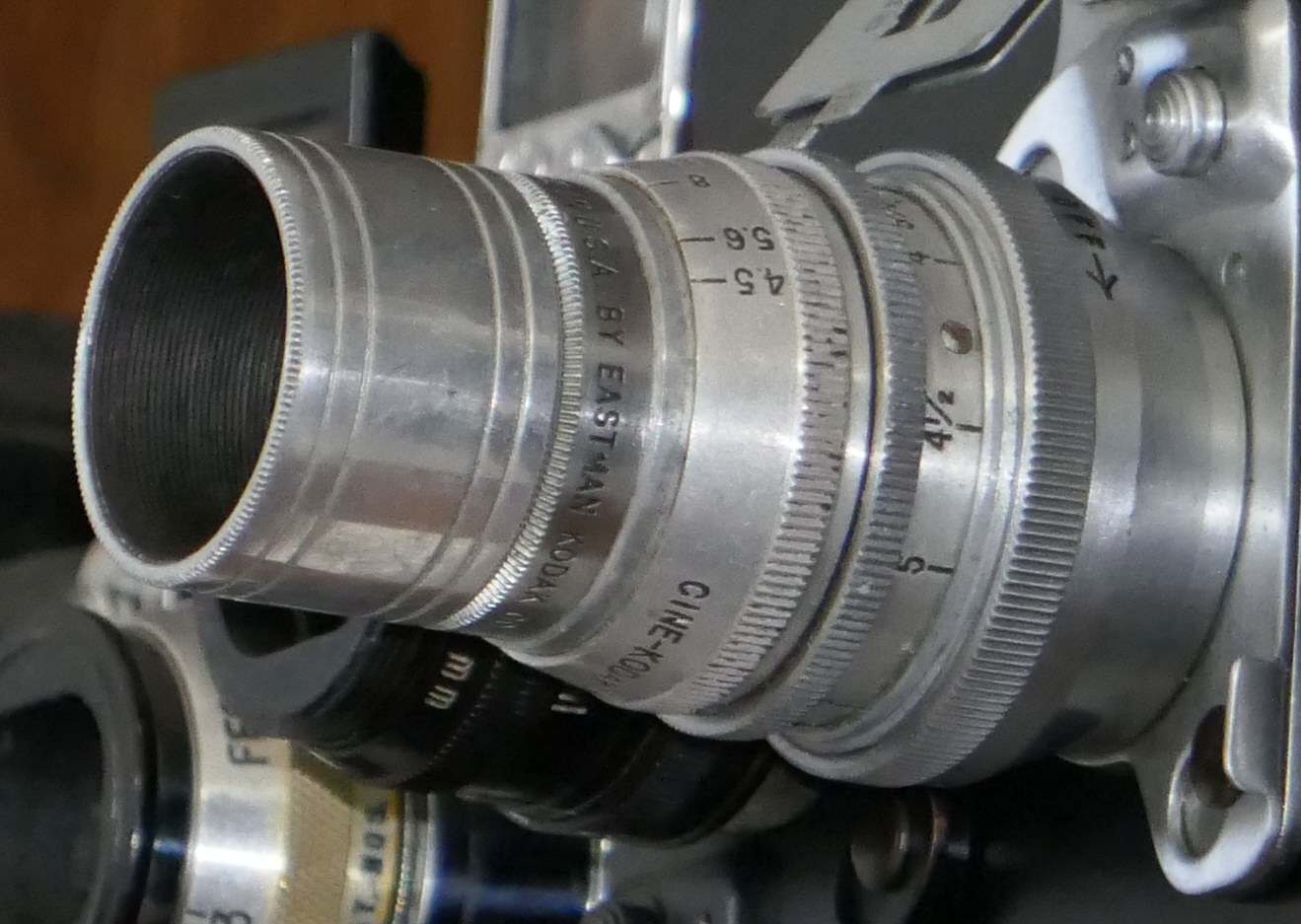 and here from the Canon PowerShot G16: 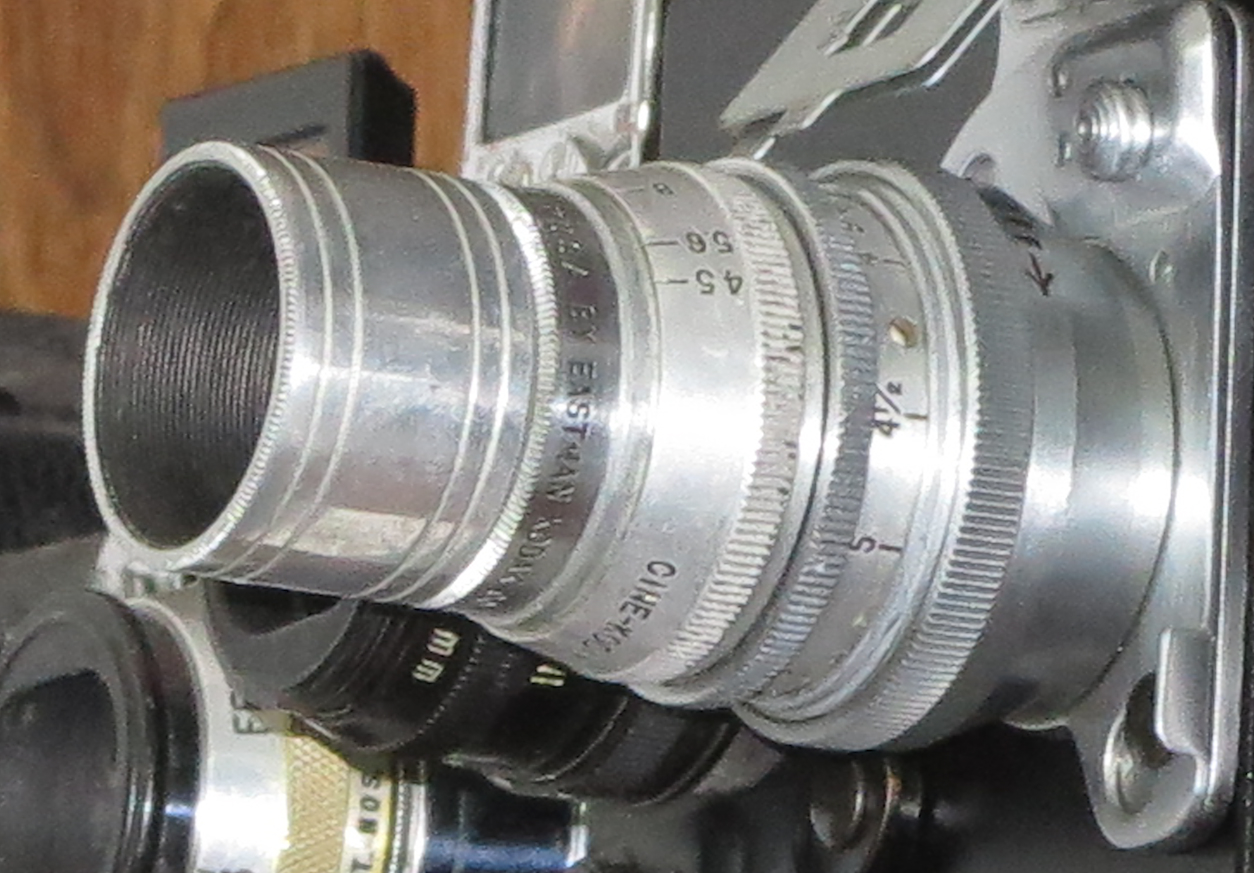 As you can see, the smaller sensor G16 really holds its own, other than with regard to noise. Its lens in fact is really superb (and isn't asked to do supernatural things). Still, in this particular exercise, the result from the ZS100 is significantly better, especially considering visible noise, in my opinion.

I owned a Panasonic Lumix DMC-LF1 (which came out in 2013). I chose it specifically because it was the camera Leica rebranded as their own point & shoot. I considered that quite a vote of confidence.The camera was just pretty good. The size, features and convenience were factor were great but the image quality/sharpness not so much so. Had I spent the money to buy the Leica branded version I'd have been a very unhappy camper. Also it gave up the ghost on me about a year ago so not a long term investment. I've no doubt though that now five years on they've made many improvements.

Doug, the other day just by accident I found this interesting site which may be useful for comparisons...

However, I have not found these camera ...


Antonio Correia said:
Doug, the other day just by accident I found this interesting site which may be useful for comparisons...
Click to expand...

Yes, It is very nice. I use it all the time.

However, I have not found these camera ...
Click to expand...

Yes, sometimes their listing of models is in an odd order. But if you put the key part of the model number (like just 'FZ1000') in the field at the top of the dropdown, usually the camera you are looking for will pop into place!

Note that if you click on the "New! Cameras + lenses" icon on the home page it takes you to another version of the site in which we can see interchangeable lens cameras with any choice of the available lenses on them.

also is nice for comparing the size of cameras. I used it for the illustrations in my first post in this thread.