Let me bother you with my portraits 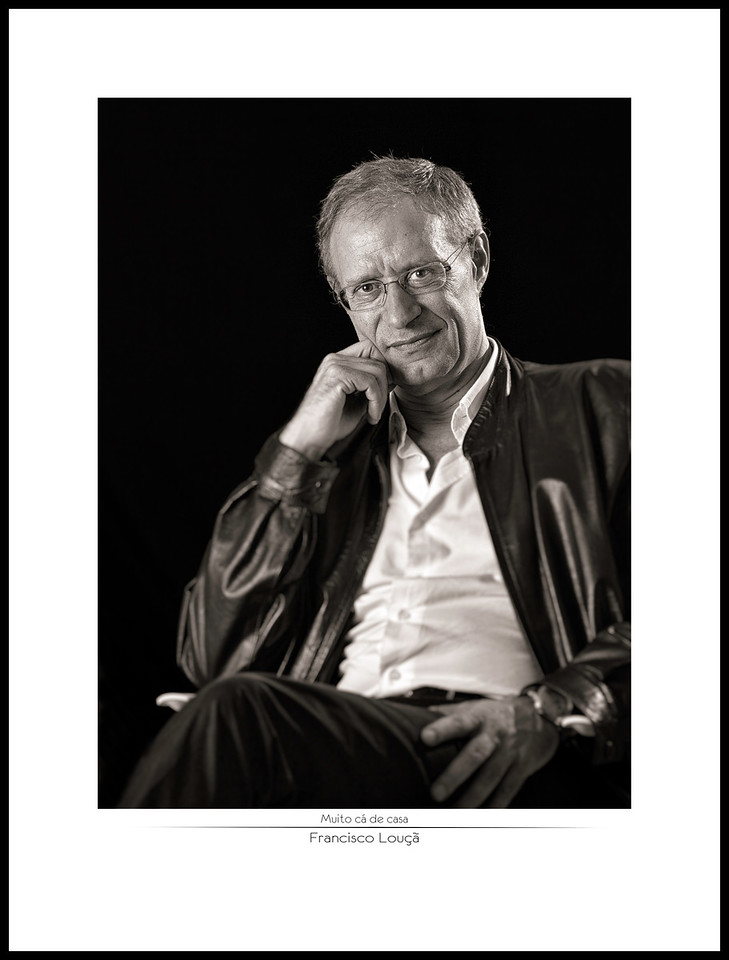 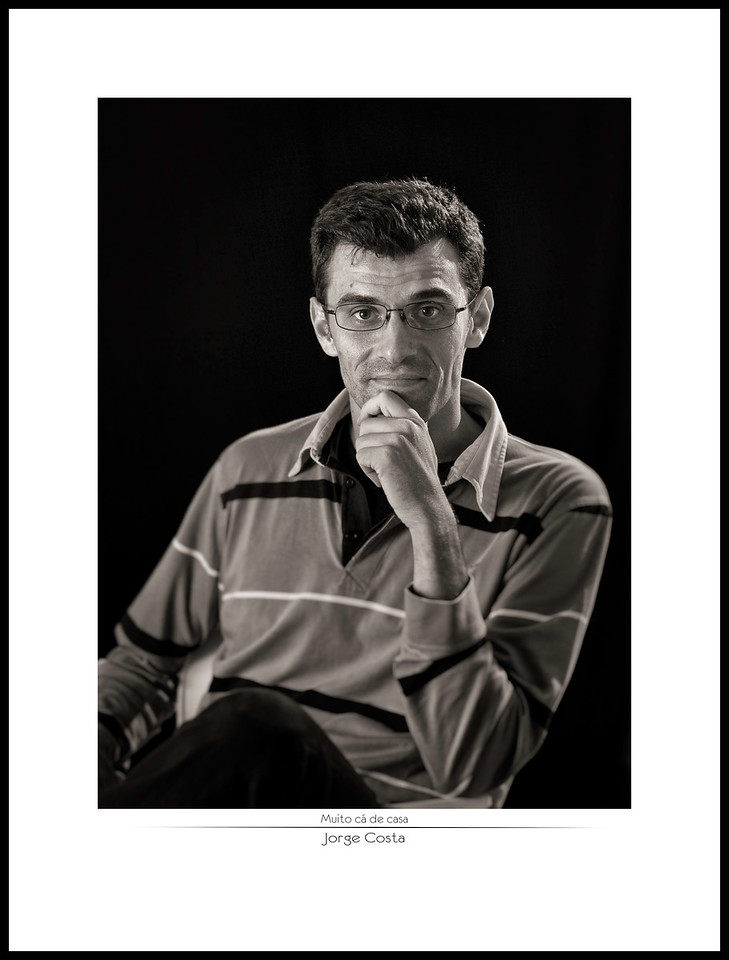 You continue to add great portraits. Could you introduce each new person with a sentence describing what they do or stand for? That would be most helpful, A few personal words from you are better than a link, although that's very informative too!

Wikipedia has facts. You, however, paint with feelings!

Thank you James and thank you Asher.

Francisco Louçã is a left politic who came to Setubal to present his new book about a problem Portugal has today concerning corruption at high level involving politicians and bankers.
He speaks in a Portuguese channel TV once a week.

Jorge Costa is the co-writer of the book but I am afraid I do not know much about him.
In fact I also do know little about Francisco...
-
Next Friday, tomorrow - 10th October 2014 - I will photograph someone I knew a couple of days after birth, with international and deserved recognition in the dance area.

Sometimes it just happens that a couple of days after having done a photograph I just look at it and do not like it anymore.
This is what happened with Jorge Mouga's image which I have previously posted and I re-post again in a better and different version.
Jorge Mouga is a painter who studied in Oporto and at St. Martins School of Art, in London.
He came to expose some of his work in Setubal. 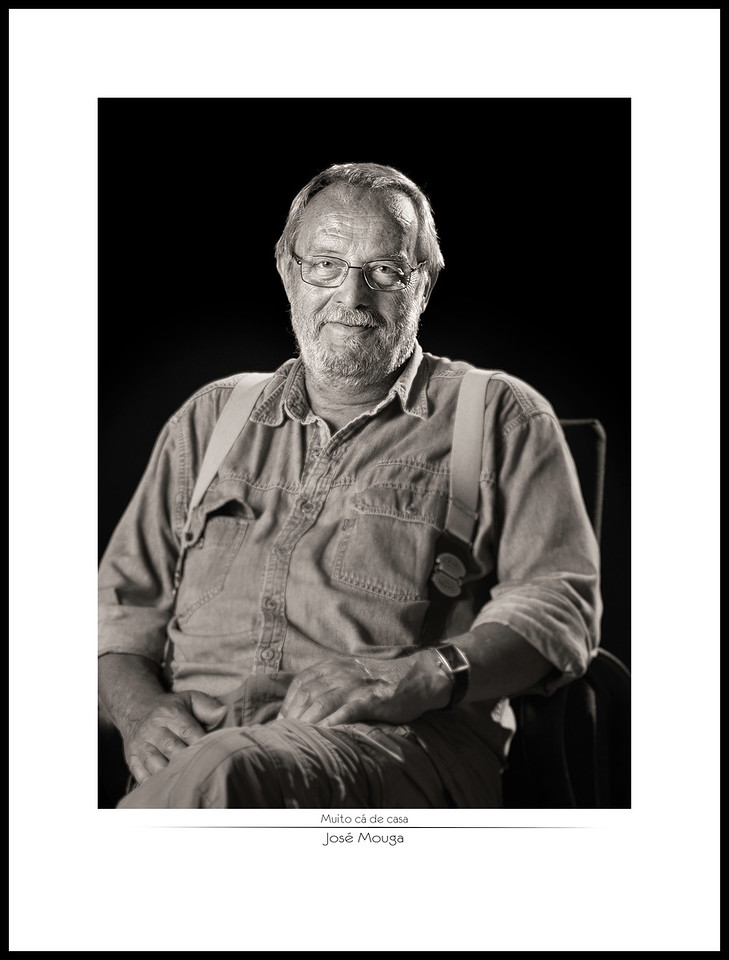 Bruno Parreira is a promissor young talent in the 3D printing business involved in great projects.
His grand-grandmother was my grandmother's sister.
He belongs to "Our people", my endless project. 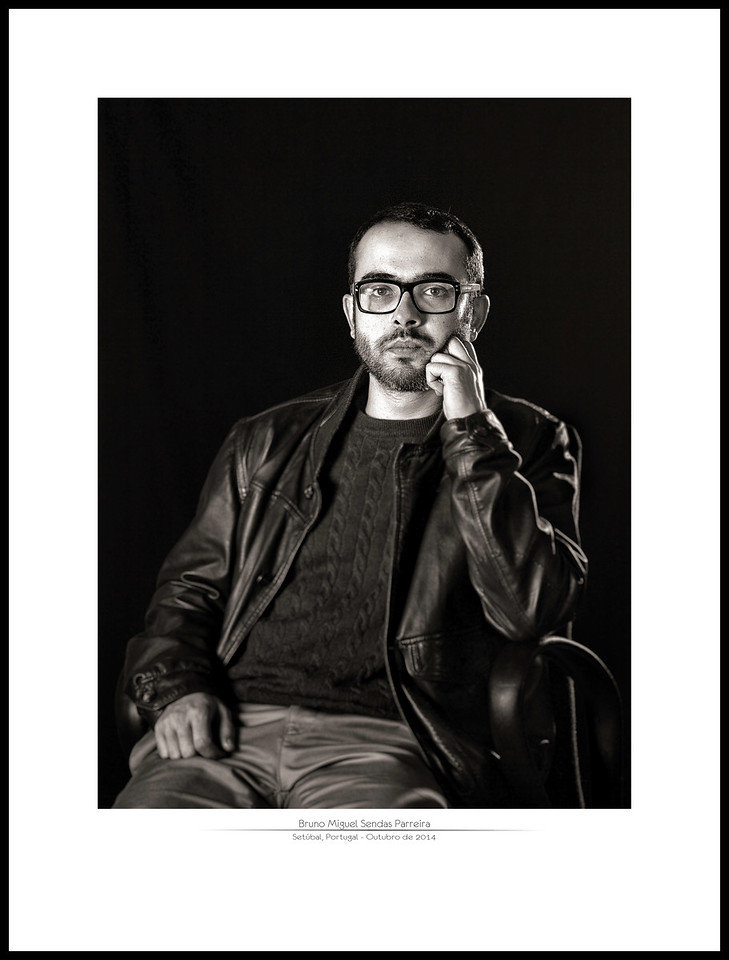 Ana Sendas belongs to both projects I am working on: "Muito cá de casa" (People from the house, so to say) and "Gente cá da terra" (Our people).
She is a ballet dancer in Dansk Danseteater, Copenhagen Denmark where she lieves.
She is the main character in a Danish film directed by Mja Friis called Ballerina available here.

From Toronto Film Scene
"Director Maja Friis creates a unique look at the life of Swedish ballerina Elsa Marianne von Rosen in Ballerina. Combining newly choreographed scenes, archival material, and new recordings of von Rosen, the documentary explores the way in which ballet enriched von Rosen’s life, but also threatened to stand in the way of it.

Instead of creating a typical documentary looking at one person’s life, director Maja Friis creates a ballet expressing the ideas of Elsa Marianne von Rosen’s life. With minimal narration, viewers experience von Rosen’s world, instead of just hearing about it. It’s extremely interesting, but will ultimately leave audiences divided. If your interest was in learning the life story of a famous ballerina, disappointment may be the final outcome.

It’s not that Friis doesn’t explore the life of von Rosen, it’s the way in which it’s done that affects the film. Told mainly through dance routines, with quotes or small passages from von Rosen’s autobiography narrated over the scenes, this becomes less of a biography, and more of an artistic piece. It’s certainly a beautiful piece of art, but one that only appeals to fans of dance.".

What is for me very appealing is that I know his father and mother since we were 10 or so and that she is born a couple of days before my son. And... there is a lot more !
We had our homes nearby and kept contact for many many years even charing holidays in Algarve for some times.
Just a small detail: she and the previous young man Bruno Parreira, are cousins !

Here, I photographed her for the "Muito cá de casa" version.
I have a slightly different portrait for the other project, "Our people". Later.

BTW - Last Friday evening a small audience saw the film with her in a public session. 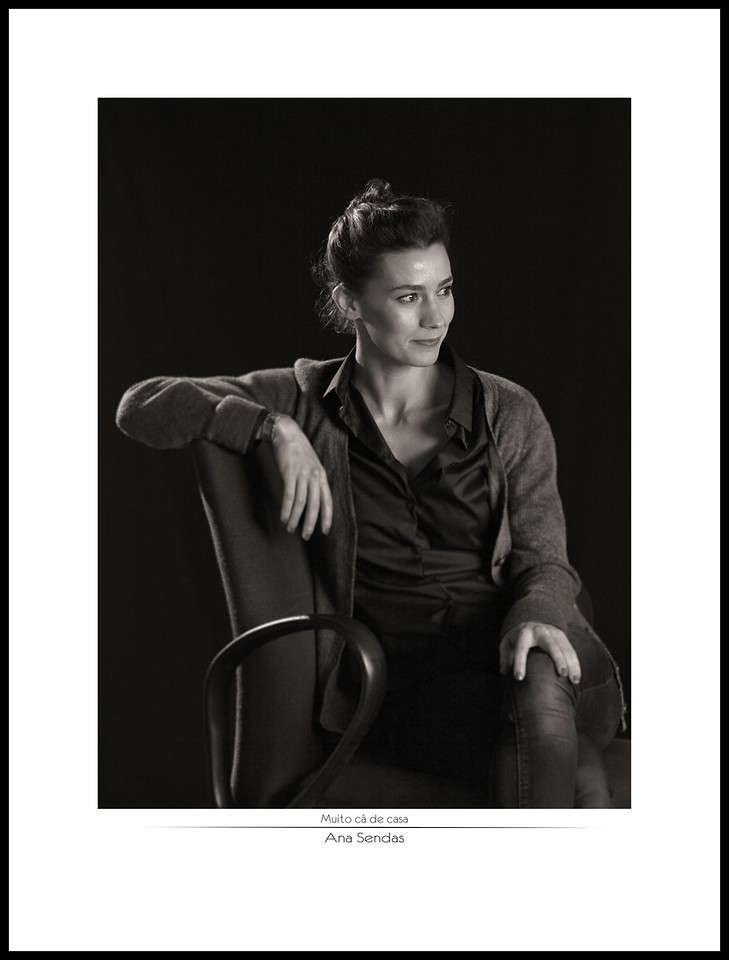 Antonio Correia said:
Ana Sendas belongs to both projects I am working on: "Muito cá de casa" (People from the house, so to say) and "Gente cá da terra" (Our people).
She is a ballet dancer in Dansk Danseteater, Copenhagen Denmark where she lives.
Click to expand...

You're description is so helpful and now the ballerina comes to life in your picture. I appreciate the generous act of bothering to write about a person to make them come alive in your work. It's so helpful and quadruples the experience of viewing the portrait.

Antonio. This is beautiful. The way she is posed is so elegant and the light is just so perfect. Bravo!
Maggie

Thank you for your comments.
Later on I will post the other photograph I took for the other project. 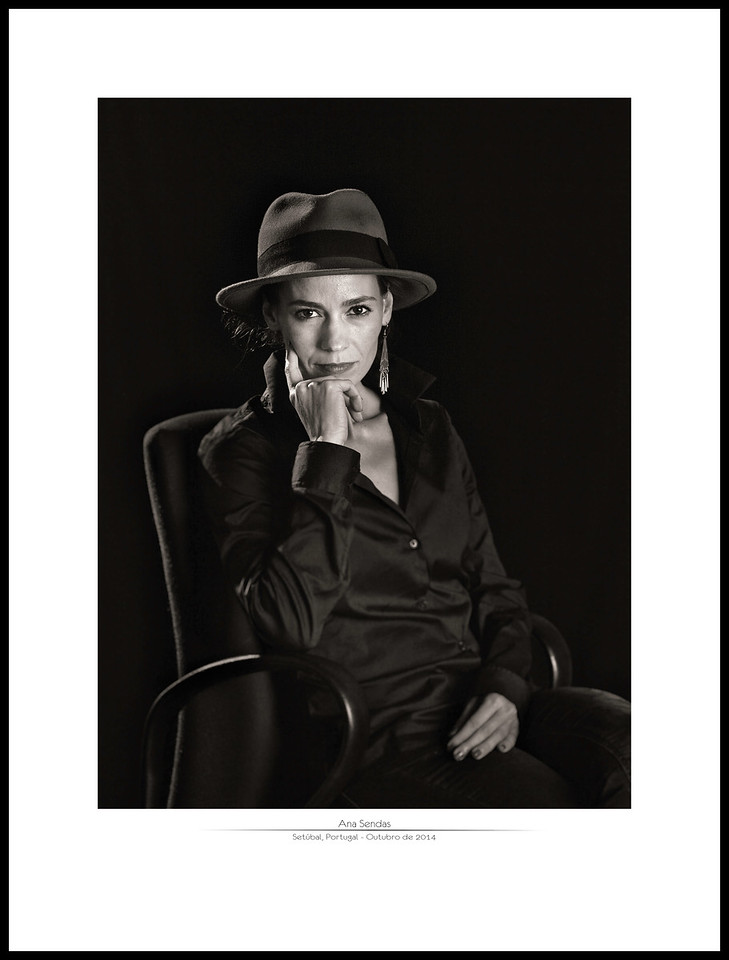 A great idea to show different looks side by side. This is like seeing the person from a different standpoint. What a great idea.

Ana Sendas again. Better this time. I was inspired. I love this image. It is gorgeous printed in... duotone.
The image is not on line. It is just for OPF for the moment ! 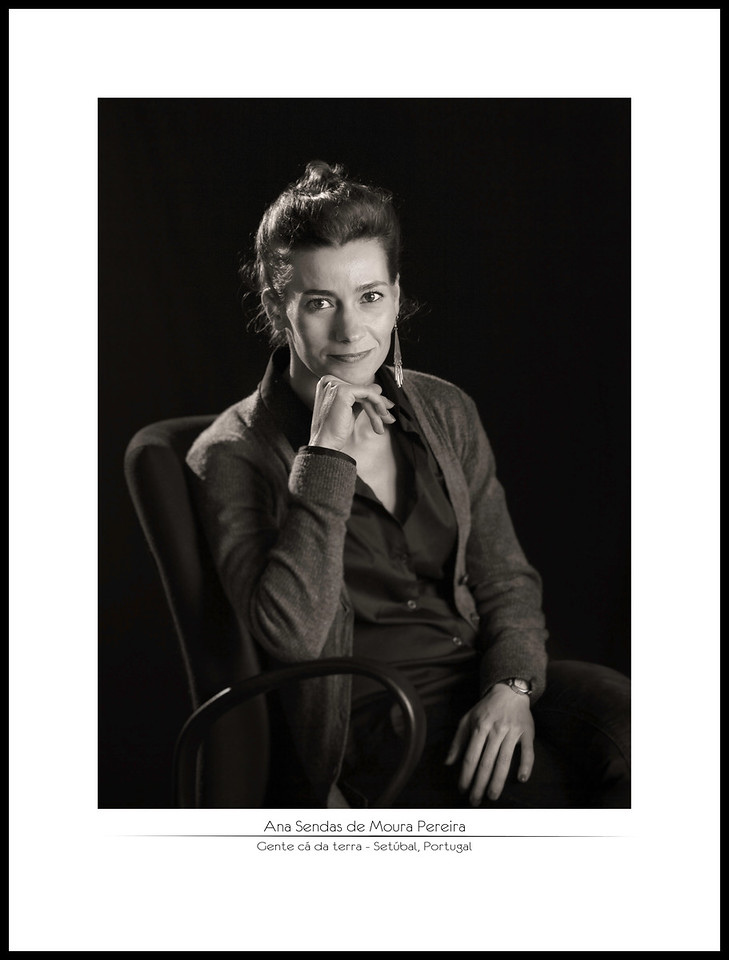 Antonio Correia said:
Ana Sendas again. Better this time. I was inspired. I love this image. It is gorgeous printed in... duotone.
The image is not on line. It is just for OPF for the moment !

Honored it's placed here. Yes, a good expression. I'd love to meet this woman some day!

this is a series of wonderful portraits. I am curious to see more.

I just want to share an observation on the three portraits of Ana Sendas. For me the first and the third rank before the second. The reason (for me) is that the facial expression and posture look more natural and relaxed to me (especially in the first one) than on the second one where facial expression and posture are closer to what I tend to call 'mask'.

I cannot judge on the intention of the second one, so this is just my impression.

Thank you for your valuable opinion Asher.

In fact I was in doubt about the second image which I am not going to use.

I have just made another one - a few hours ago - but I will keep it to mature after lunch.

Then, I will see if I like it the same way as I do it now.

After lunch and a small coffee I was pleased with my work.

For now, I can tell you that he is an Architect and a pinter. He has a master of science by the University of Wales in UK. 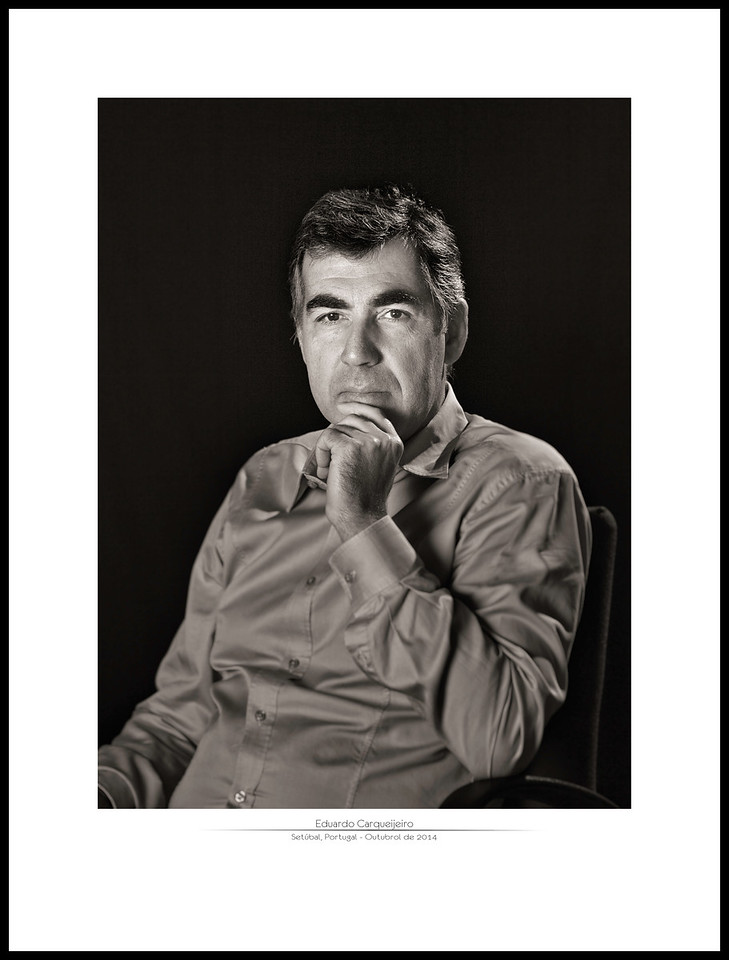 Antonio Correia said:
Thank you for your valuable opinion Asher.
In fact I was in doubt about the second image which I am not going to use.
I have just made another one - a few hours ago - but I will keep it to mature after lunch.
Then, I will see if I like it the same way as I do it now.
Click to expand...

I was meaning Michael and not Asher. I am sorry Michael.

Thank you for your valuable opinion Michael !

I hope to be able to post some more in the next days ahead.

Have a nice week-end ! 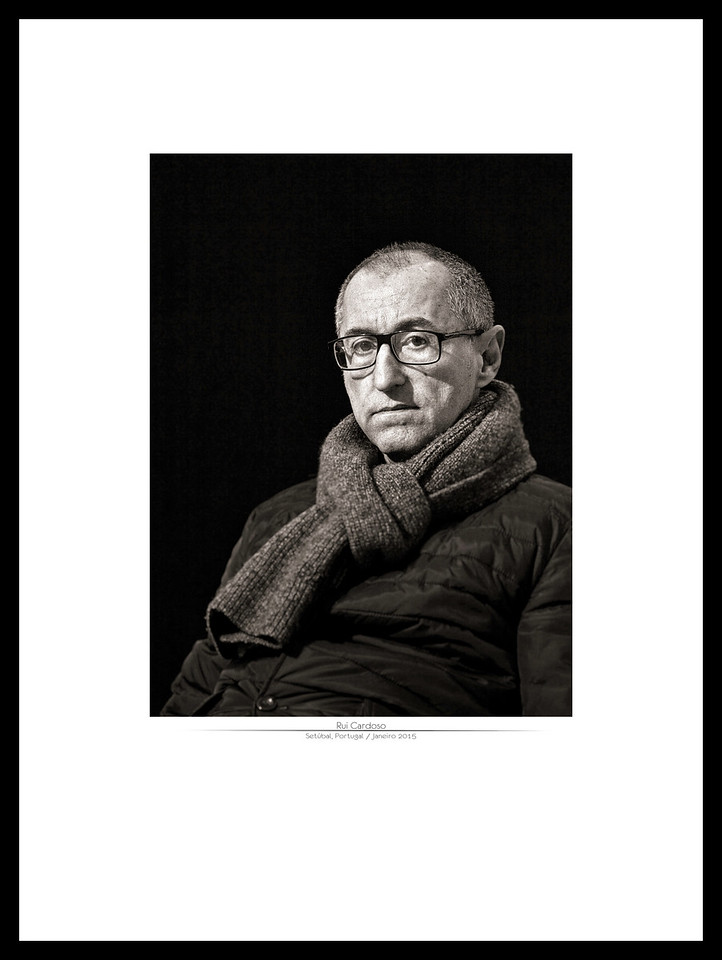 One I have not posted so far... 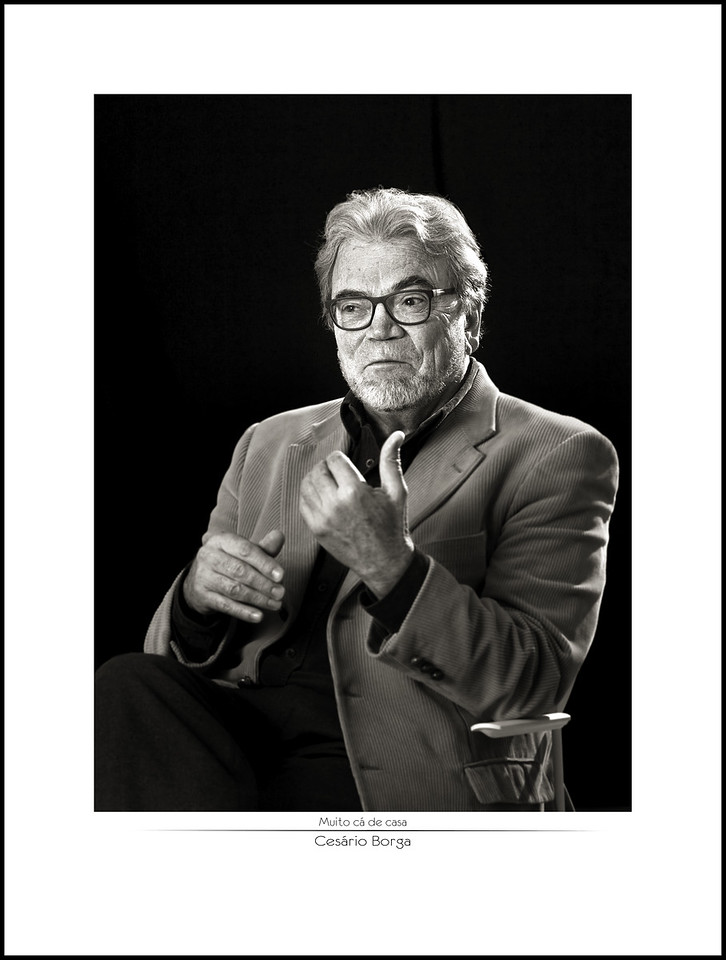 I decided to review some of my portraits and re-work them so to make a selected collection of the best ones.
I think it is a bit harsh on his face... 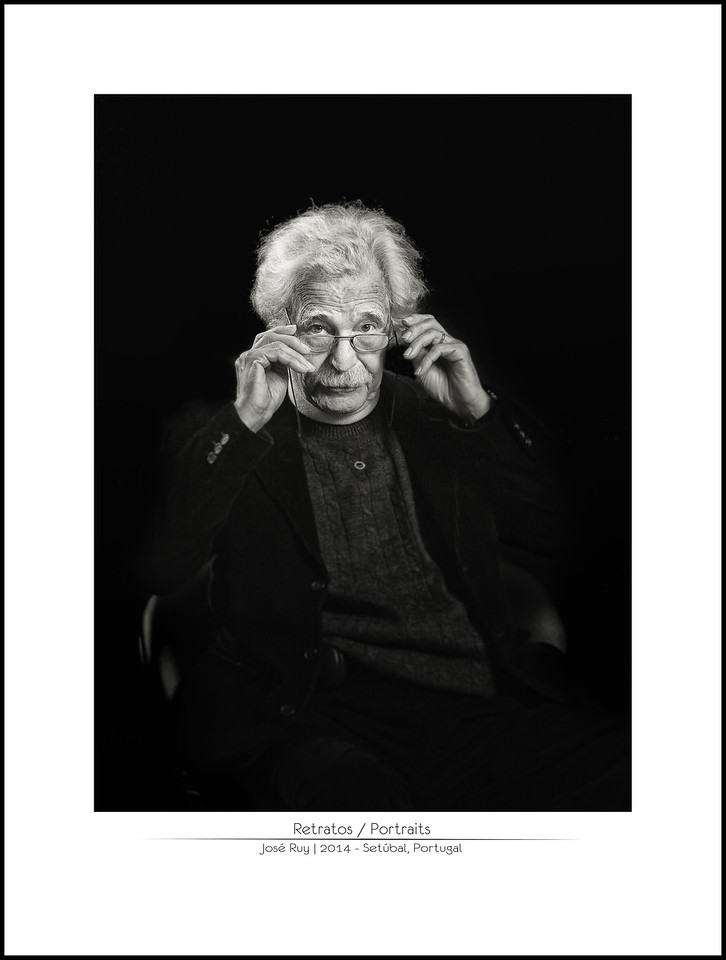 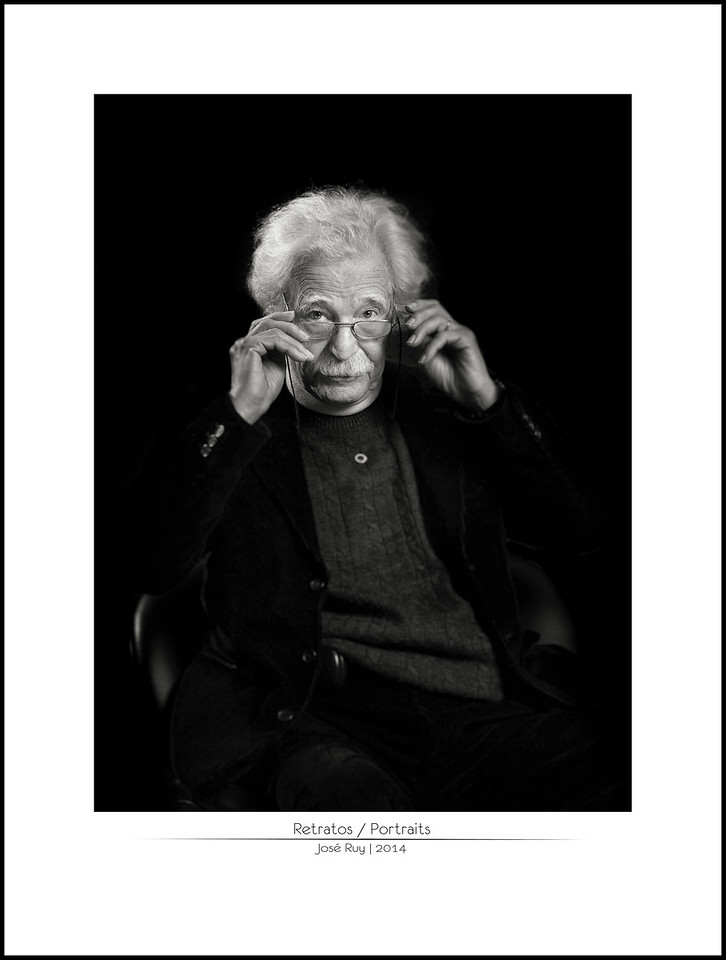 I'm so interested in the power of this one. Generally you use hands to complete the ring of energy around your subjects. Here, the scarf seems to do that trick. Was this your thinking? To what extent do you guide the placement of the hands. Quite a few have a hand next to the face, as if one buttresses the other.

What has been your practice and thinking.

Asher, when I photograph people in my "studio" (in fact my garage with the set of flashes) or somewhere I just tell people that I would like their hands to be included. Often I tell them to speak to me about a matter like his or her's usual work.
Then I make a lot of photographs. In the computer I choose the one I like best.
In this case, I was testing the lights and I told him to seat and look at me. It was winter that is why he has the scarf around his neck.
But today I have been digging and found the portrait of this young lady I had photographed back in May 2014. 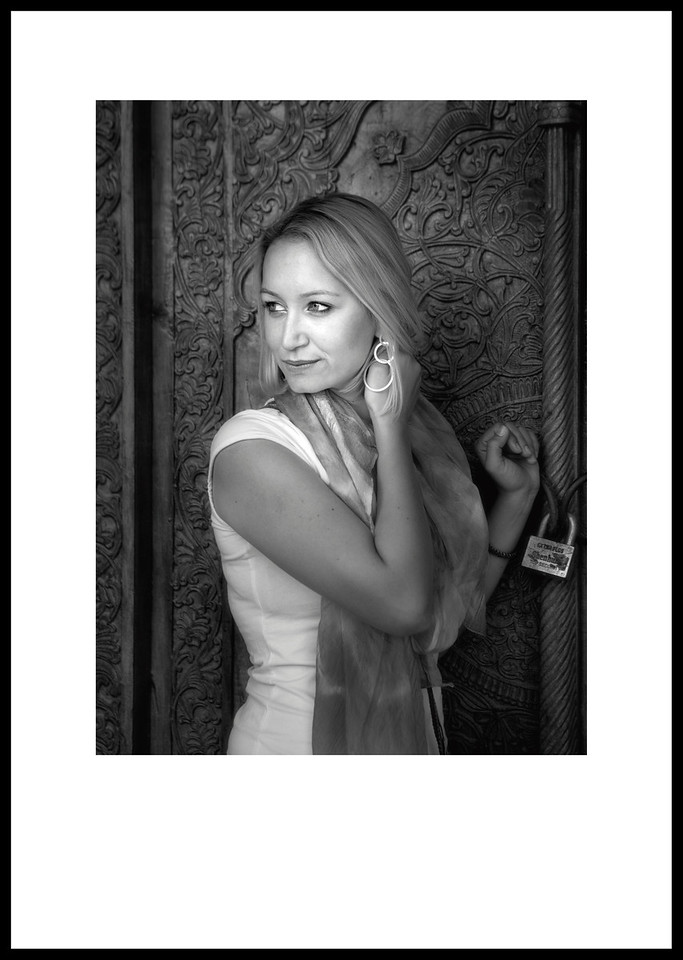 back after working quite a lot and some holidays I stumble in here and I'm pleased by your work ... hold on bothering with your portraits!

Thank you James and Wolfgang.

My portraits - which I collect with care - made me go and read the bio of Yousuf Karsh and have a look at his photographs.

It is not the first time I look at his pictures and read his bio, still...

Inspiring stroll among his images... or am I looking too much to old and surpassed/overtaken works ?! 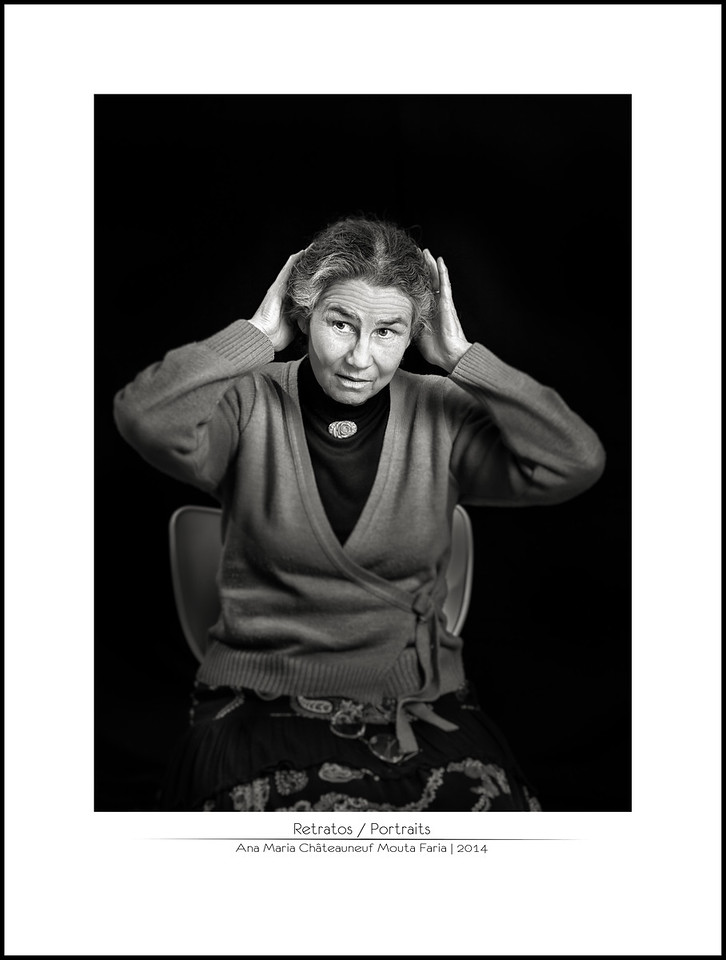 I have not been photographing for a while... but today I invited this fellow for a shot 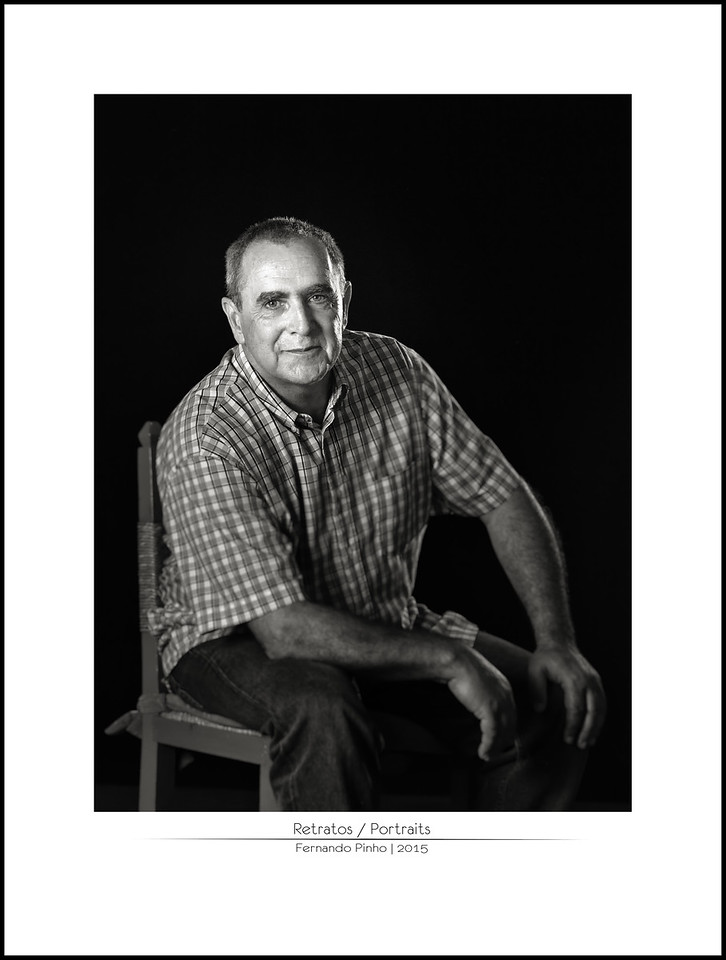