In Perspective, Fun: More from the Headlight

I've just finished doing some serious playing in LR3 for the first time. And, yes, it IS fun -- as you more experienced folks already know. The earlier images I posted from this landmark were deliberately "scenic" with an eye towards the possibility of a sale at my first (group) exhibit. These shots were more for me.

How I See It

Jean Henderson said:
...... These shots were more for me.Jean
Click to expand... 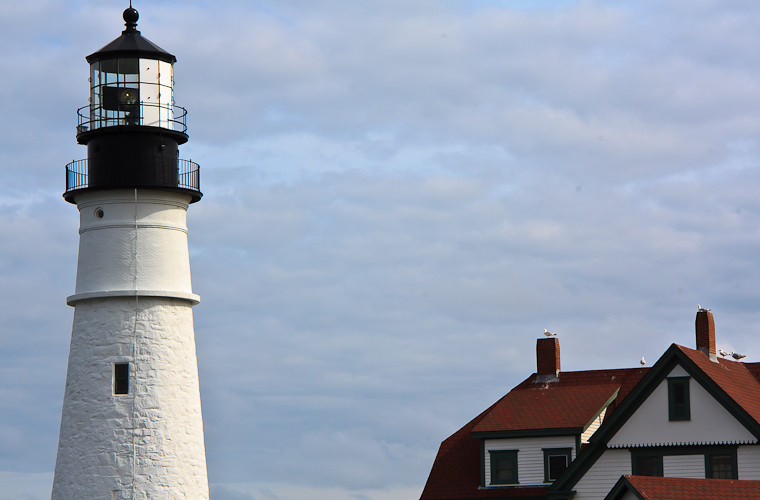 Jean Henderson: How I See It​
Hi Jean,

Here you are trying something fresh.

This picture stands out for it's definition and clarity. As in all of these 4 pictures, the view is neither large enough to see the milieu we love, nor cropped enough to look at the patterns, forms and lighting. These are the detailed treasures in architecture. So we are placed at a distance where we cannot talk to the structure intimately. What we are left with is two portions of buildings that are disconnected but not really contrasting. Perhaps one represents the chances and fortune of the sea while the other the security of dry land, but that for me is not an immediate idea. Still, it does provide a mystery as to you intent. If this is "As you see it", then I'd love to know why.

Thanks for the comments. Perhaps the two structures only work for someone who is intimately familiar with the Headlight and not graphically at all as you suggest. Everyone born and bred in Maine is, without realizing it, I think, imbued --to a greater or lesser degree -- with a sensibility bred from years of living with the ocean, even if we did not grow up technically on the ocean. Generations upon generations of deep awareness of the power and unpredictability of living somehow at the mercy of the ocean. Whether that is from having a loved one at sea, never to return, or simply having a loved one at sea not knowing IF they will return. --- Or maybe I was just by nature more sensitive to this awareness even though I grew up 12 miles inland.

There is the architecture of old Captains' homes with their "widow's watch," usually a small, somewhat round (?octagonal?) structure built onto the roof of these homes so that the Captains' wives could go up high and look out to sea each day when she thought her husband should be due home soon. Would he come? Would he not? How long would it be before she -- and the other wives of the men on his crew -- would know? What thoughts and feelings went through their heads and hearts until they knew one way or the other?

One of those homes, located in Kennebunk or Kennebunkport, I can't recall which right now, is known as the "Wedding Cake House." It's a huge yellow house with intricate and delicate (for a wooden building, at least), white detail from all the roof sections of the house. The story goes something like the captain married his bride and had to go to sea immediately, but built this house because he could not stay for a reception. Anyway, you get the idea.

The connection to the image may only be in my mind, but there is the ever present-ness of the sea in the lighthouse -- the reality, the caution, the care and the concern for the forces of the sea that can be so beautiful one moment and so dangerous a few moments later ("if you don't like the weather, wait a minute" is a most popular reality in Maine especially but also said of all of New England. Together with the domestic side of the rather elaborate lighthouse keeper's home with the reminder of the sea's presence in the form of the seagulls which travel reasonably far inland on a regular basis, scavenging as they are wont to do.

Since this lighthouse is so famous, beyond New England even, many viewers will already be aware just how close the lower structure of the home comes to the base of the tower that it almost seems to be one except for the red roofing of the keeper's house. As one approaches the area of the lighthouse and keeper's house proper, one can only see the tower and the highest part of the red roof. When I see them, I know I am HOME. Anyway, that's why I see it as I do.

Explanation of the structure's setup

This shot shows the small "tunnel like" structure that goes between the keeper's house and the tower. No doubt a later add on architecturally, it was probably built to protect the keeper from the elements as he traveled between his house and the light. 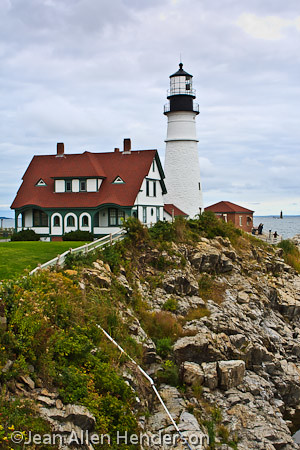 Not fully processed yet​
Here is a still unprocessed shot from a different angle: 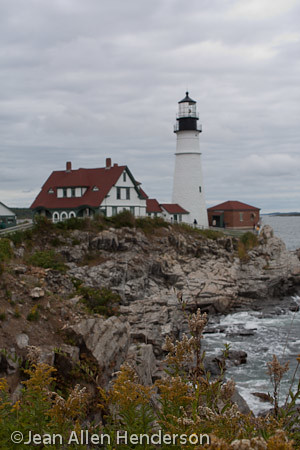 ...and the third angle so that you have a full idea: 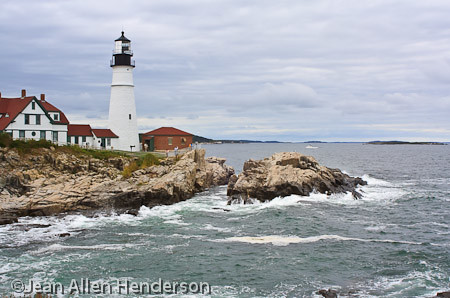 Sorry about the huge watermark -- the result of initially playing in LR and now I can't seem to undo it!