Not your standard dragonfly picture 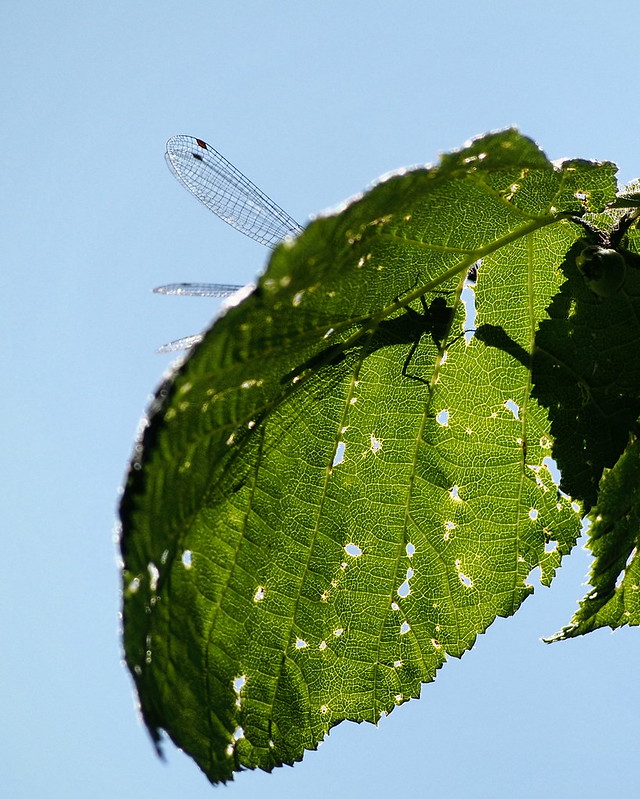 The silhouette through the leaf and transpaRent wings are fabulous and unique as a shot I will remember!

I saw it, Michael, way back, when it was first posted!

...was taken back and even looked at it on my large screen and showed it to my grandkids. However I missed writing a comment I had even visited!

These master hunters, as you know, go on regular patrol, but the don’t chase!

Instead they continuously calculate “flight paths” to arrive at over the insects future location, to skim over its prey at a mm over the top of the insect. Then generally without altering speed, they are said to grab the luckless insect and start to rip it to pieces passing the fragments forward to its voracious mouth parts.

This leaf would be one of its chosen favorite rest stops, before resuming its hunt!

Thanks for the kind comments.