Jerome Marot said:
I would imagine that this project is popular in Canada which, first, is major producer of Uranium, second, has remote communities for which building a power line may not make economical sense and, third, may not enjoy as much sun as countries on lower latitudes.
Click to expand...

Did you buy shares from that corporation?

Jerome Marot said:
Did you buy shares from that corporation?
Click to expand...

No they are a privately held company founded in 2011 but you can find out more about some of their other partnerships at the following link.

So you bought shares of Synthos Green Energy instead?

What are the arguments against this by naysayers, environmentalists and other opponents?

....or perhaps this is like “Apple Pie” , “Motherhood” and bonuses for Christmas with everyone agreeing how wonderful it is?

Who the f..ck is Peter? This is supposed to be an objective view of a technology and up until a few days ago you new nothing about so how would I know their views? I really don't give a shit what they think. The fact is green machines like solar power and windmills can not break the law of physics. They have a very poor EROI and investing in such crap is just plain dumb and a waist of valuable resources. They require a 10 fold increase in extracting material from the earth to produce the same amount of energy as fossil fuel. How can that be good for the environment do you have any idea how much material has to be moved and processed to make one battery for an electric vehicle? Green machines come with some pretty significant environmental baggage of their own but most folks don't realize that. 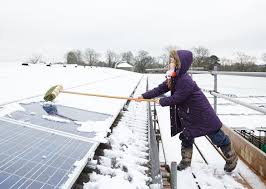 Jerome Marot said:
So you bought shares of Synthos Green Energy instead?
Click to expand...

No actually I am currently selling some fluky trades from 2014 .

And will you invest the money from the sale in small nuclear plants?

Jerome Marot said:
And will you invest the money from the sale in small nuclear plants?
Click to expand...

My biggest question is the storage and disposal management of high level waist.

Coming at this a year later.

While I like the concept of small or micro nuclear reactors, and what with being literally next to a shipyard that builds both Nuclear powered Aircraft Carriers and submarines (so a lot of those near me)

I have two issues.
1. Disposal of waste, of which the USA has done a poor job of. I had hoped some of the breeder tech would work well enough to minimize that but several decades later still hasn't, YET. The micro reactors still leave decaying material, which gets into point #2.
2. security issues. The more diverse sources of radioactive material the easier it is for some evil human to collect it and then use it in a dirty bomb. It is related to why we don't have nuclear powered main battle tanks. It was not that it would not work, it was because they were likely to leave radioactive material all over the battlefield if they got into combat. similar for cars and planes, accidents happen. and the more locations for those to happen, the more likely.

The above said I am reasonably good with nuclear power plants as long as they are secure from theft, terrorism, and built to a 8.0 earthquake standard even if not in a likely 8,0 earthquake zone. Most nuclear plants are not built to that standard. including the North Anna plants which were built to 5.4 and they had a 5.6 and were very very lucky.
You must log in or register to reply here.
Share:
Facebook Twitter Reddit Pinterest Tumblr WhatsApp Email Share Link
Top