Warning! Beware of This: The Book of Veles: How Jonas Bendiksen Hoodwinked the Photography Industry

The original article "The Book of Veles: How Jonas Bendiksen Hoodwinked the Photography Industry" can be read here. 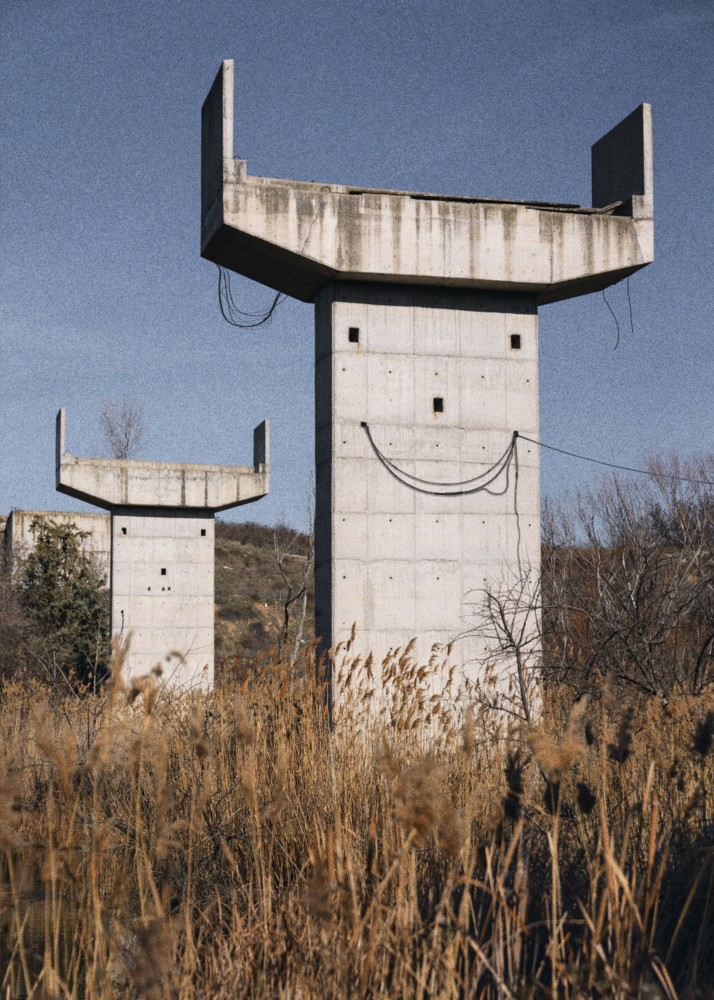 Jonas Bendiksen was boiling with frustration over all the lies and misinformation in the media. He was reading about the Russian hacking, the role of Facebook and Twitter, “alternative facts”, and how the algorithms worked. At some point there was a mention that Veles had become this unlikely hub of misinformation, spewing out fake news during the Trump election in 2016. When people realized that hundreds of fake news websites originated there, lots of big news organizations went there to report. Even Obama mentioned the town. It is fascinnating that teenagers in far-off North Macedonia suddenly played a role in the American political landscape. These guys just needed to earn some cash, in a town with lots of youth unemployment. They became information hackers because they found a creative way to earn money, more than any wish to create havoc in the USA. The way we now produce, spread and consume information has changed so much in the last 15 years, and this was a terrifying example of that.

Jonas Bendiksen started to wonder – how long will it take before we start seeing “documentary photojournalism” that has no other basis in reality than the photographer’s fantasy and a powerful computer graphics card? Will we be able to tell the difference? How hard is it to do? How skilled will our own community of photographers and editors be in sniffing out what are deep fakes and what is real? 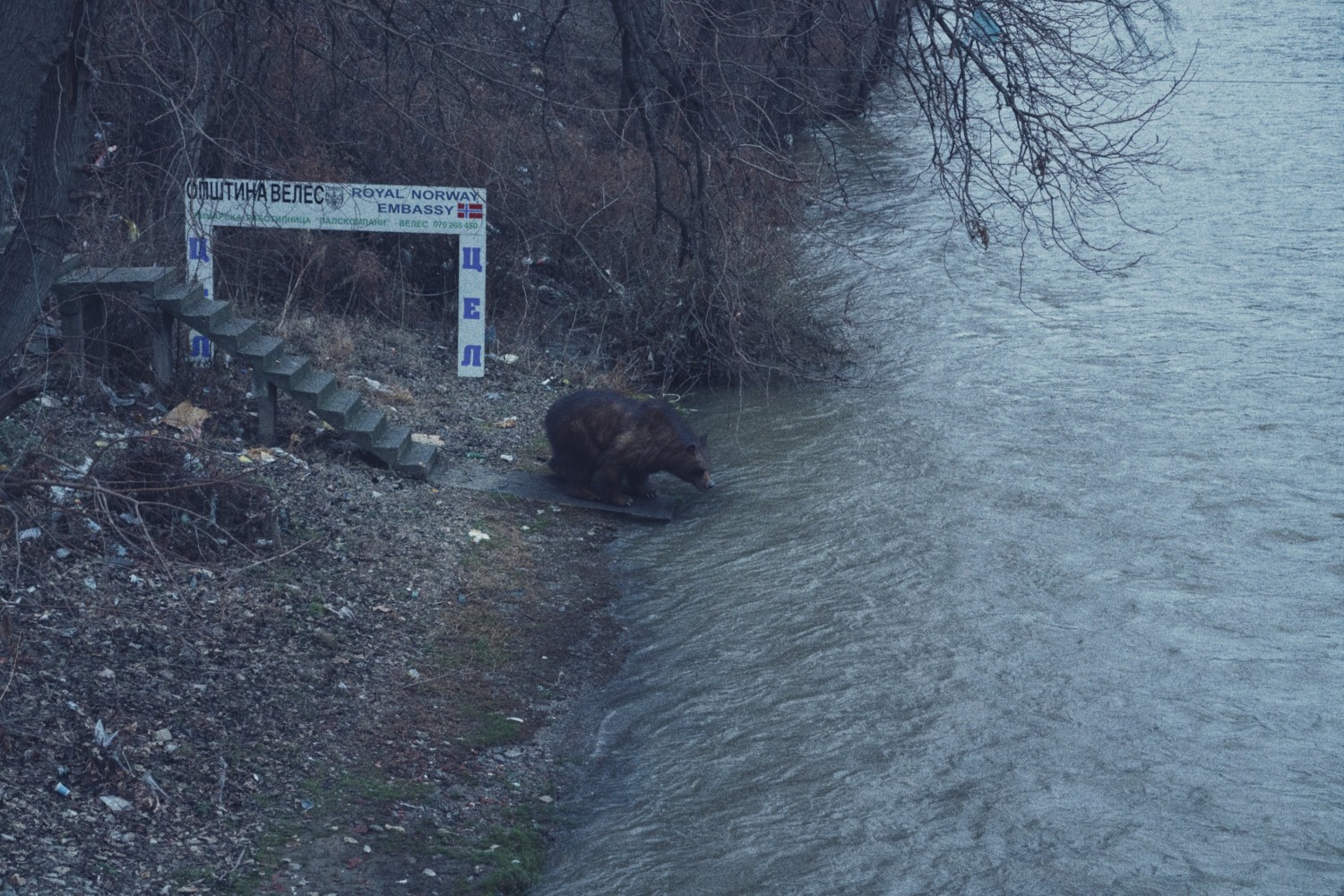 So Jonas Bendiksen decided to try to do this himself.

He travelled to Veles. He didn’t have to spend time trying to get access to people and just photographed empty spaces, apartments, offices, park benches. Then he captured the specific lighting of that particular scene using a special 360-degree camera and some methods from the special FX world. When he got home, he converted these photographs into 3D spaces, and placed avatars into the scene, with emotions, poses and lighting that matched the original scene. 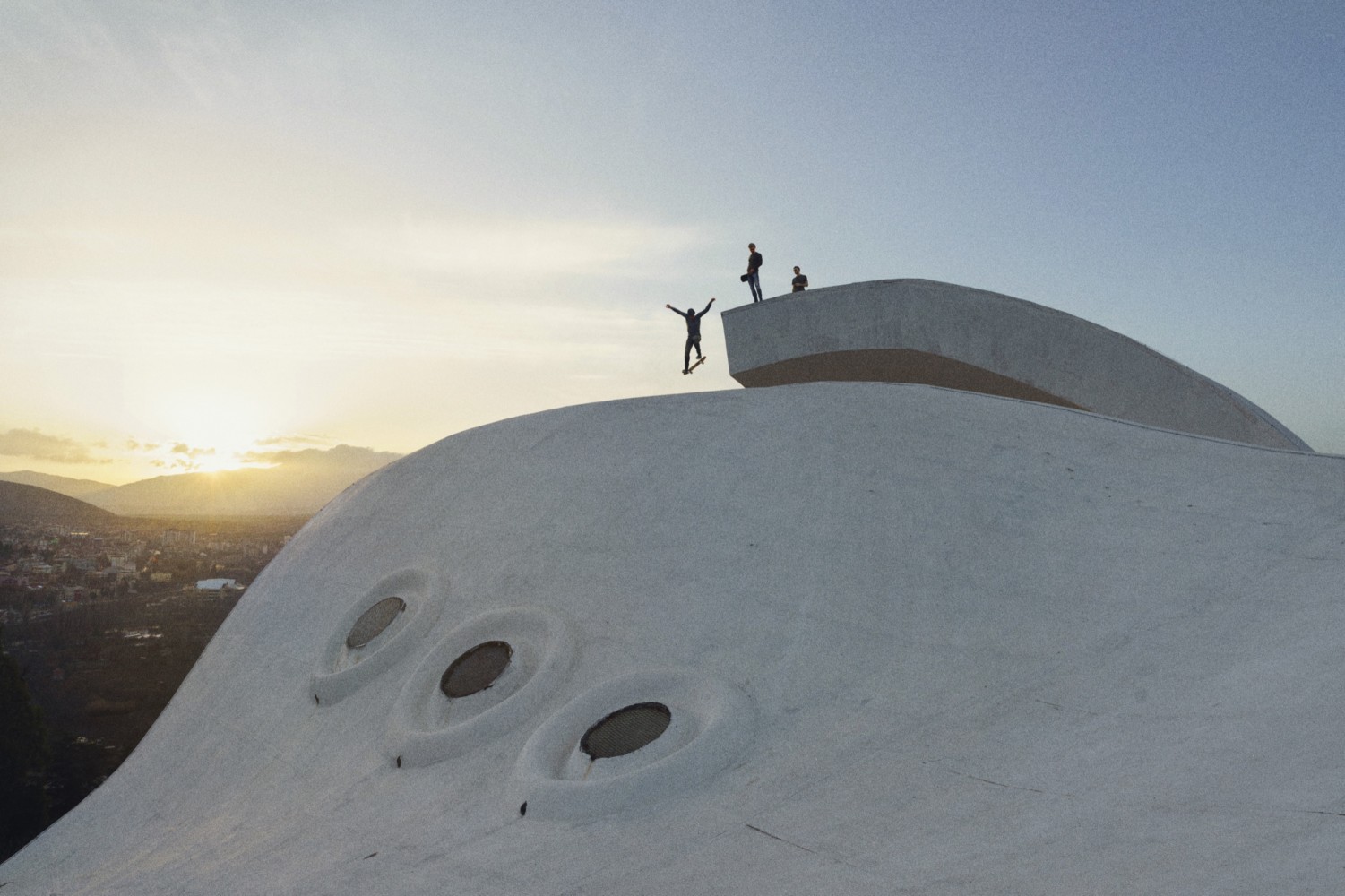 His fellow Magnum photographers were easily fooled. Several magazines have wanted to run the piece. There was ample positive feedback in social media about the essay in the book. Many people have commented what an interesting and illuminating text it was, but it was written entirely by artificial intelligence, just as the picture which were produced by software models. This shows that within a short amount of time, we will be surrounded by lots of convincing articles written by bots, and most people won’t be able to tell the difference.

The book was submitted to Visa pour l’Image, the biggest festival of photojournalism, in Perpignan, France and was offered an evening screening on the festival program.

Please read the complete article. There is so much more that I can summarise here.

The Egyptians dominated Canaan and the proto-Hebrew tribes who took refuge in the hill country!

When the great Mediterranean civilizations collapsed mysteriously at the end of the Iron Age, the Egyptians withdrew but Hebraic culture was already influenced and Canaanite alphabet became the tool for all languages of the time to be able easily to have writing that could be read by a child without memorizing hundreds of unique language specific pictograms.

Now the ancient stories of heroes were told and retold. Lessons and laws were admired with allegorical fantasy.

Now we SERIOUSLY “believe” in a myriads of magical holy figures!

So Jonas Bendicksen’s creations are really just modern 2020-2021 accelerated belief-worthy fantasies & delusions, (woven around rare filaments of truth), which have become the pillars of our various societies.

Consider the roles of Christianity, Hinduism, Buddhism and Islam in the various competing cultures of the world.

Some thought on the book of Veles by Andrew Molitor, which has not come back to this forum in ages but entertains a blog of his own: http://photothunk.blogspot.com/2021/09/the-book-of-veles.html

Jerome Marot said:
Some thought on the book of Veles by Andrew Molitor, which has not come back to this forum in ages but entertains a blog of his own: http://photothunk.blogspot.com/2021/09/the-book-of-veles.html
Click to expand...

I think Veles perfectly explains ALL biblical stories and traditions.

The Veles story is thus FAR more important than the fashionable art project it seems to be!

Rather, it’s a demonstration of how we childishly incorporate accreted nonsense into serious valuations!

I should say that I am a bit surprised by your answers. When facing this photographic project, the Bible would not be my first thought. Still: I agree that the Bible, for the most part, is "magical holy figures" (to use your words).

The project "book of Veles" is bizarre in many parts. The interview does not tell the whole story, as it simply is not consistent with the idea that Jonas Bendiksen planned to get caught from the very beginning. There is this strange story about a fake social account bought for 40$. I also look at the pictures and like to entertain myself with the idea that I would have asked questions about the film aesthetics or the bears. I find it a bit puzzling that the jury was fooled. Reading Andrew Molitor's essay, I have to agree that it would have been much easier and probably cheaper to simply hire human models instead of going through the convoluted process of creating the same with software. Fake photographs have existed for over a century.

And then there are the photographs, which is what should draw our attention on this forum. There is little doubt that they are quite nice, yet they remind me of something else, but I can't really find what. In any case, certainly not documentary photography. I am really not sure what to make out of them.

I have to spend time with the photos!

Jerome, this as an interesting read.

I think it is funny when he says that his photojournalism buddies didn't notice anything but you also have to consider that they wouldn't be looking. He's a respected journalist, would you?

But you have to admit the work is quite good. I'll admit that the there is a photo with satellite dishes that had a window with 2 women in it, and one felt at the wrong angle for me and also that some of the people didn't feel quite right,
but maybe that is only because I was searching for anything that would make me believe they were fake. The thing is even if they were real, thinking they might be fake would have made me suspicious.

I know a couple of years ago ,when they showed us fakes, we usually could spot them, but these deep fakes? I really could not say and especially if I thought it was real.

Just a couple weeks ago, I saw an article how AI could take your writing and write about any subject for you, in your words but omg, way better than I or you could ever do.

Right now, doing photography is a grand pleasure for me, gives me good vibes, satisfaction but when AI will do it all not only just as well, but better than me, I don't know that I will get anything out of it anymore.
Now, there are other photographers that are much better, more creative etc., etc.,and that is fine but to feel like a piece of software could spit out something much, much better makes me feel useless.
Yes, feel. At least at this moment, that seems to be the only thing I can still do better.

Won't say I never saw this coming, but frankly not as soon as it has.

Thank you Maggie. I knew that the real objective of that article was hidden and, without your help, I would not have found it. The article was written to make photographers insecure. That is why it is published in Magnum.

This is of course a bunch of nonsense. The computer can only spit back at you what you have fed it with. I knew that, so I ignored that part of the text. But your concerns made me understand what the effect of the article would be for people who do not how the limitation of "artificial intelligence" or, should I say, "artificial stupidity"...

Be insured that you will still be able to take photographs for a long time without fear of competition by any computer, Maggie.
M

Jerome Marot said:
Thank you Maggie. I knew that the real objective of that article was hidden and, without your help, I would not have found it. The article was written to make photographers insecure. That is why it is published in Magnum.

This is of course a bunch of nonsense. The computer can only spit back at you what you have fed it with. I knew that, so I ignored that part of the text. But your concerns made me understand what the effect of the article would be for people who do not how the limitation of "artificial intelligence" or, should I say, "artificial stupidity"...

Be insured that you will still be able to take photographs for a long time without fear of competition by any computer, Maggie.
Click to expand...

Thank you Jerome, What you say gives me a sense of relief. There are so many new technologies that make our life easier, that make us comfortable to accept them because they do that, even when we perhaps sometimes should be more concerned. When I read the article,
I was overwhelmed. Feeling like I was blind and it all happened with my eyes wide-open and I didn't see it coming. My relief is palpable. I can start to breathe again. You cannot know how you reassurance has helped me gain perspective! Maggie
You must log in or register to reply here.
Share:
Facebook Twitter Reddit Pinterest Tumblr WhatsApp Email Link
Top