This starts with a re-purposing, for this thread, some of my of my initial writings on the Gimbal Panohead by Really Right Stuff. Then I was just interested in a solid base for heavy lenses to make great panos but not using the Gigapan Robot and needing power. To my surprise, the Gimbal is also perfect for supporting long white lenses for wildlife and birding.

Since I'm considering renting the new Canon wonder zoom, the 200-400 4.0L with built in z1.4 multiplier, it makes sense for me to so what's needed to update my RRS gear!

My suggestion, would be to be prepared for different applications. So one might to a broad city scape, an architectural marvel or monument or else a magnificent country scene. In addition one can use a pano head for creating amazing backgrounds to compositions from the imagination or else a giant group shot, for example in a Cathedral. I do panoramas and also pop people into them. So a gimbal head has an advantage. Notice how it uses a cinematography-type system for leveling, essentially a massive 75mm ballhead!

There's an especially interesting package from Really Right Stuff that I'm considering. It will work for panoramas, portraits and everything in between. Also one can add a secondary mini-ballhead for sound recording or a second camera or lights! I'll add more pictures shortly.

It has to be one of the most massive and simple but stable multipurpose systems one could imagine with a built in leveling head.

One special feature here is that the gimbal head horizontal arm is not "bolted-on" to the horizontal rotating panning indexer. The latter does not have click stops, BTW, but does have a machined degree index. This decreases the number of parts and increases the solidness of the panning head and that's a good thing. This does not seem as if is sagging is gong to be problem even with large lenses/

Really Right Stuff: PG-02 LLR: Pano-Gimbal Head with LLR, $698 directly from RRS​
Note that you still need to have a leveling base. There are three main approaches 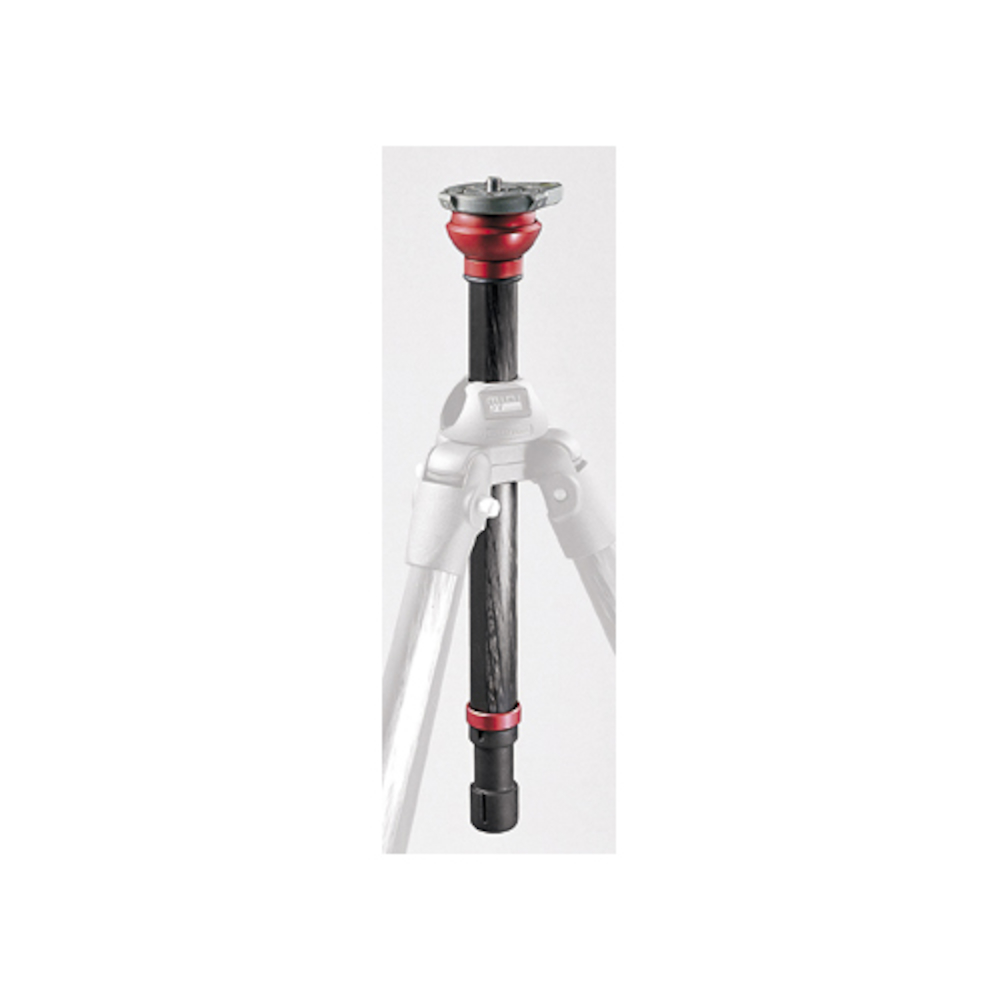 
2. A Leveling base from Acratech, $149, reviewed in Luminous Landscape here

Ball will not shift when tightened.
Oilless and greaseless ball will not attract or hold dirt and debris.
Smooth knob action for easy and secure positioning.
Precision bulls eye level for accurate positioning.
All knobs are secured so they cannot vibrate loose and fall off.
Low profile design, only 1.77” tall (not including stud).
Patent pending.

3. A 75mm half sphere leveling base from RRS or Manfrotto.

Really Right Stuff: PG-02 LLR: TA3LB Tripod with Leveling base and ball head​
The tripod s shown with an optional 75mm half-sphere leveling base that is adjusted from below. This is popular with videographers with a fluid panning head. For me, the ideal would be the panning gimbal head as it can be used for panoramas, large lenses on safari and portraits!

I now own these! Initial comments

2. A Leveling base from Acratech, $149, reviewed in Luminous Landscape here

The big toy is the new Gimbal and 360 degree panning head from Really Right Stuff. It's beautifully engineered and finished. When its locked, nothing rotates, but I have still to test it with my camera and lenses in a real shoot. My initial concern is how to set up the gimbal head so that it won't get damaged from taking it on an off the tripod in order to move it from one place to another. At the center and underneath the horizontal rotating arm, there's a tapped hole for a 3/8 bolt. One could mount this directly on a tripod. The disadvantage is that then one has a rigidly connected heavy mass at right angles to the tripod. Yes, the threads are in stainless steel, but because one is bolting on an horizontal arm with natural rotational moment to tend to tilt the screwing process out of true alignment, I don't think that screwing and unscrewing the valuable gimbal head is a method to be recommended for real world use. Eventually the thread is sure to be stripped and that would be unfortunate and should be avoided.

It's perfectly feasible to adjust the lengths of the tripod legs to be level at the RRS Gimbal. However, it's slow and changes the height of the setup somewhat..

I have chosen to go for an intervening leveling solution. Here we can see the Acratech leveling head. It's beautifully finished and has smooth movement and locks perfectly. I find that when one loosens the ball, it's very functional and fun to level the head but it seems just a tad free and not as smooth and steady as the RRS large ballhead. But that, after all is to be expected. This Acratech solution is more compact, there's no adjustment for the degree of pressure on the ball and it's 1/3 the size of the RRS flagship ballhead and a 1/4 of the price.

Well, the nice news is that irrespective of how one levels;=, (the tripod itself, the RRS ballhead or the Acratech leveler), the spirit level of the RRS panning arm is always centered when attached.

Now an extra piece of gear is needed to enable the set up to be dismantled for transportation. I have installed a RRS plate under the panning bar and a quick release clamp on the leveling base or else the RRS tripod head. This allow the expensive and beautifully finished Panning head to be removed fast and safely and returned securely at a whim.

Now I'm pretty happy. I just need to find out how the Acratech leveling head behaves when the panning head is loaded with camera and lens.

I was reading Martin Bailey's review of the use of the Canon 200-400 4.0L IS with integral x1.4 extender for birding and wildlife and was amazed to see that the Really Right Stuff Gimbal can be used to hold the heavy white lenses so valued for nature work.
​

I thought, well mounting the lens through it's lens foot would put a strain on the beveled Arca Swiss type joint, but discovered that RRS has engineered a cradle that holds the lens with the foot vertical. Moreover, they went a step further and provide an Arca Swiss foot for the lens so the support is solid and one extra set of screws is avoided. Also the lens foot now allows the lens to fit lower on the gimbal to increase its stability.

So it's time to update my system with the new parts.

Asher Kelman said:
So it's time to update my system with the new parts.
Click to expand...

One of the best features of the (not cheap) RRS approach, is its modularity. Most components can be re-purposed for different configurations. That allows to expand an existing system with only a few components to make it suitable for a significantly different type of use. The machining quality of the parts is usually very good, and it all shows that the owner is a photographer himself. His solutions are usually real solutions to solve real issues, and they are a joy to work with.

One of the best features of the (not cheap) RRS approach, is its modularity. Most components can be re-purposed for different configurations. That allows to expand an existing system with only a few components to make it suitable for a significantly different type of use. The machining quality of the parts is usually very good, and it all shows that the owner is a photographer himself. His solutions are usually real solutions to solve real issues, and they are a joy to work with.
Click to expand...

Thanks for the insight.

What I especially like about the RRS Gimbal equipment is that it's designed to work for the purpose with sufficient rigidity so it does not flex under the weight of a camera and heavy lens. To this end, one can see that the main arms are broad and thick but actually made of a U-tube structure that appears to be machined out of a solid bar so that it is directly continuous with an over-sized round section containing the rotation mechanism. Without this extra mass put into a well designed shape, the sections would be either unnecessarily heavy or else not sufficiently rigid.

The company is open to feedback. For example, I wished to have a cross hair target mark over the center of the round rotation part of the main arm and this one done! Compare to the original in post #3, above), now the engraving is just part of the design! The fact that they take advantage of the insights of myriads of real working photographers, is part of the advantage they have in making products that simply work so well for the intended job.

Note also the engraved scales to allow one to reproduce a setup. The round knob is to adjust the drag on the rotation so as to allow free movement but with sufficient stability.

Engraved "Cross Hair Target" to align center axis of rotation with optical axis of lens, before adjusting, front to back, for non-parallax

​
I use this, with a short lens, to make sure that the central axis of the camera is exactly coinciding with the rotational axis of the gimbal.

I've now ordered the extra parts including the cradle, a vertical arm and a replacement foot to be able to support a large white lens nicely. So now I have a really nice long lens gimbal!