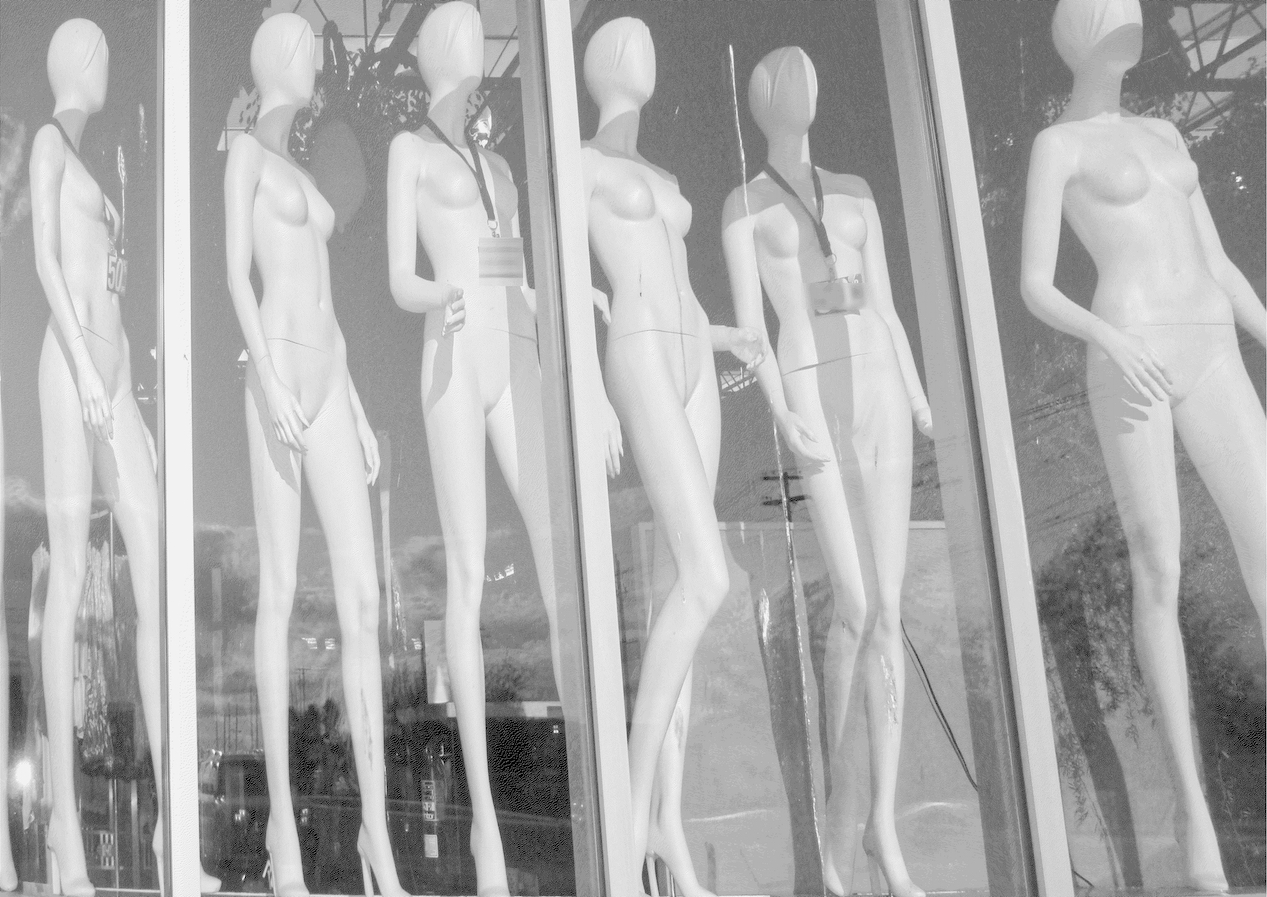 I too am fascinated with window models.

a great deal of people observation and creativity goes into these manequins.

I happen to be interested in a Dutch company, Hans Boodt, that make models like these and uses 3D printing to allow the greatest on-demand customization of poses and posture. 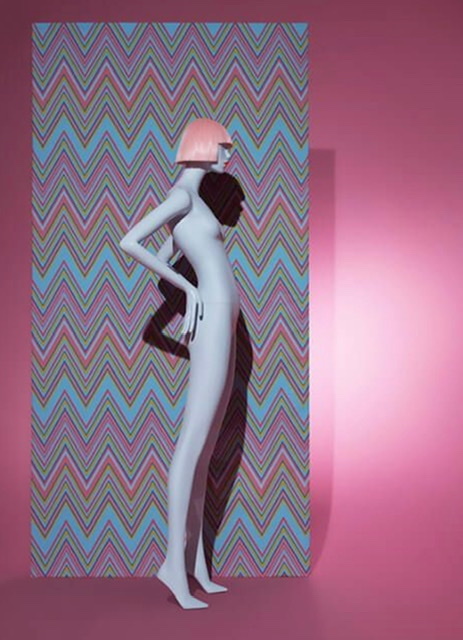 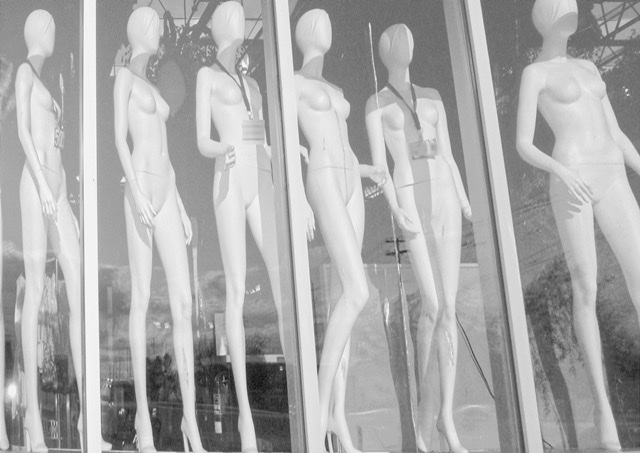 What’s obvious is that all models are somewhat adjustable and the lower extremities have likely been lengthened by about 10% to add elegance!

The myriad of reflections make the scene!

I like to get the pictures with someone walking by!

I agree. Someone walking by the storefront might have added to the image. But that wasn’t possible. Here’s why.
My wife saw the models when passing by a chain store before opening time. She thought it might make an interesting image. So I grabbed my best camera of the time, a Horseman SW612 panorama camera, and drove to the store before the staff had time to dress the models. But when taking the first shot, an irate staff member, probably the manager, rushed out of the store yelling, “You can’t do that!"
“Why not?” I asked.
“Because it’s against policy.” she responded.
"Who’s policy and what policy?” I could have argued. However, it was too early in the morning to argue, especially before I hadn’t had the day’s first coffee. So I simply left with only one photo. After its development, I forgot about the image for more than a decade.
Why resurrect it now? A few months back, all that chain of stores closed. They bore the name of the chain’s owner. Then his son accused the owner of multiple sexual abuse offences. He also warned the legal authorities that his father might well abscond to somewhere without extradition to Canada. What happened after that? Nothing that the media reported. The ongoing Epstein/Maxwell trial brought the story behind this image - a crop from a digital photo of the original image - back to mind.
Cheers, Mike
You must log in or register to reply here.
Share:
Facebook Twitter Reddit Pinterest Tumblr WhatsApp Email Share Link
Top