Anticipate, Plan, and be Patient —- It May Happen

Far down the beach, I noticed a few small specs moving. Wasn’t sure if it was children or adults. I noticed they were moving in my direction. It probably took 15 minutes before I could identify that there were three individuals and one had something on the shoulders.

i found my setting in the foreground, where I hoped they may eventually walk through - and was ready just in case. If they did walk through, I was prepared that I would look for a moment where they would hopefully be spaced out from each other so I could capture a silhouette of them in a lit area of the sand.

As it turned out, two of the people stopped to wait for the other person - right where I had anticipated. I then realized it was three men - the one had a machete - the third picked up a coconut. The fellow with the bag on his shoulders set it down for a few moments. I had two minutes during this time where I waited for the three to be in the position I planned for - and grabbed some shots just in case things didn’t come together, or I missed the moment. The screen caprure shows the set of pics during this time. 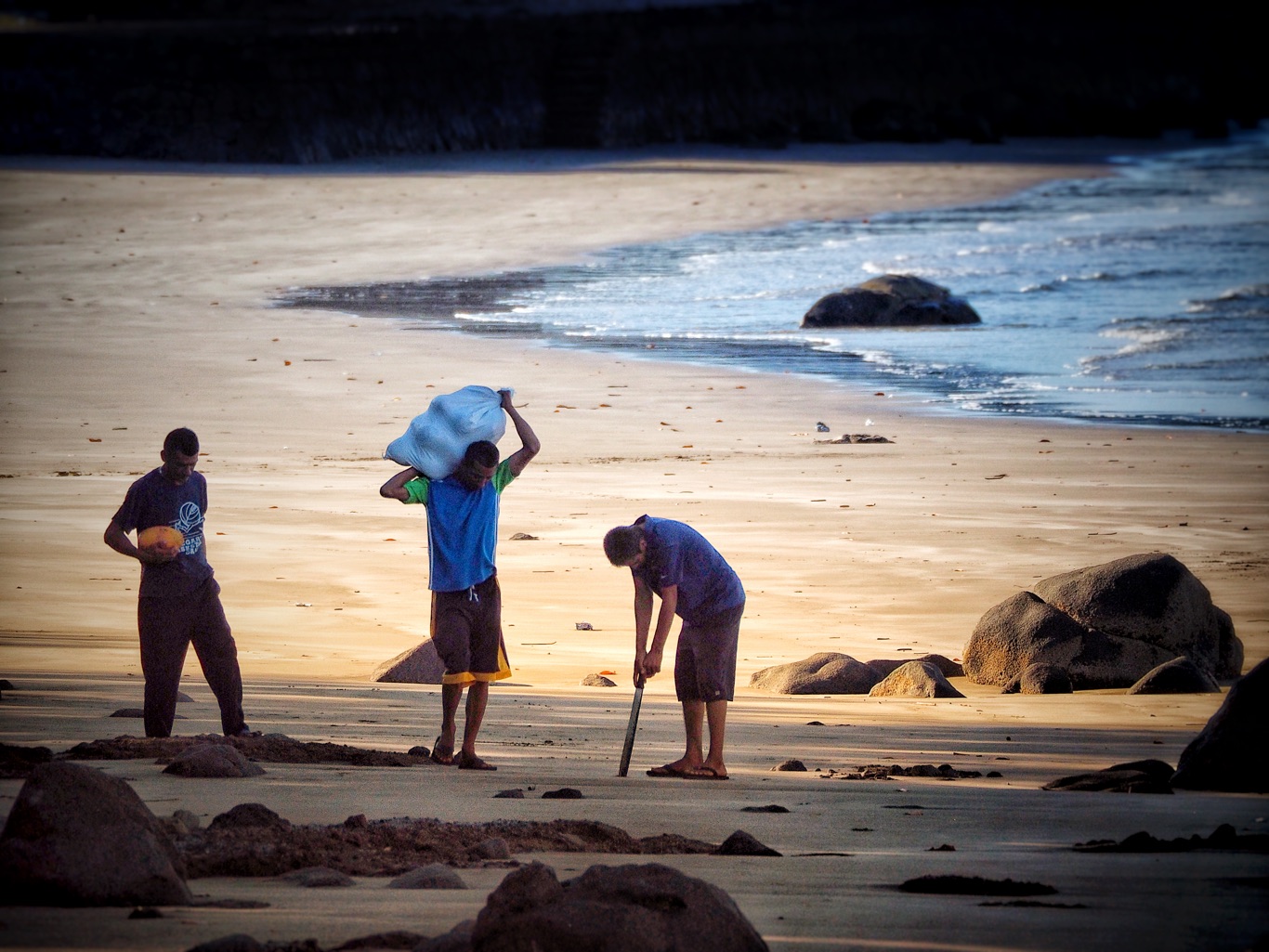 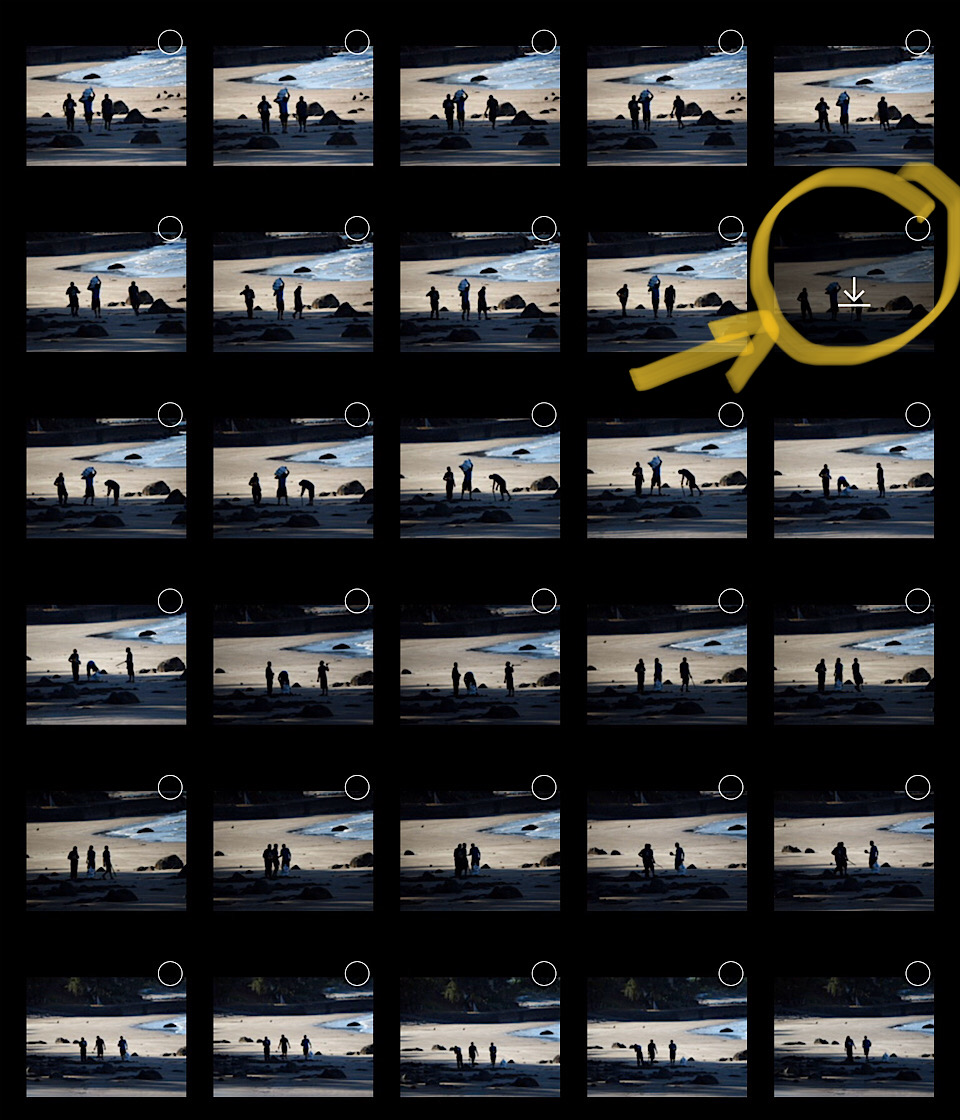 That’s in your DNA!