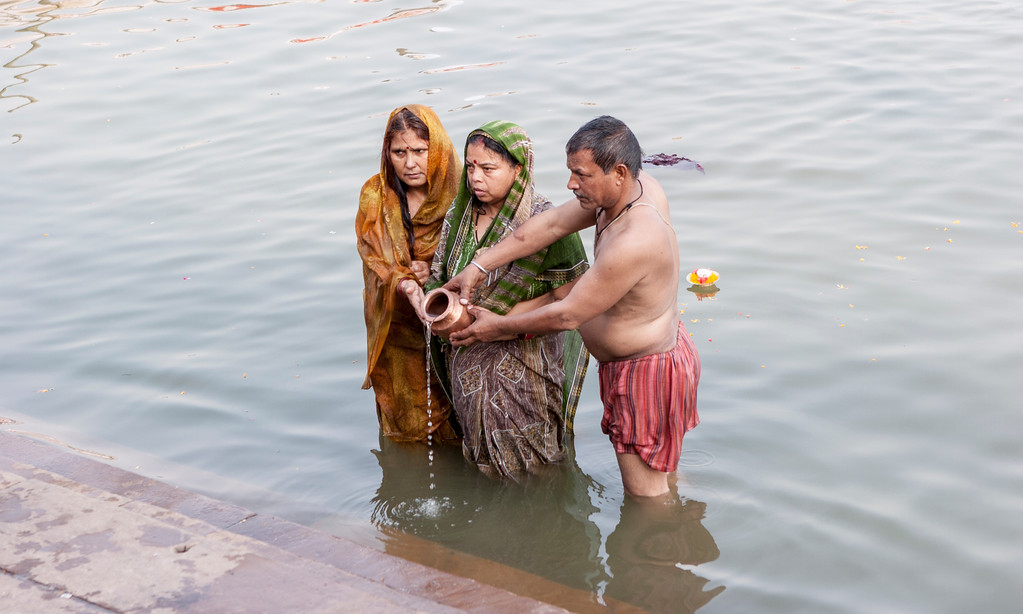 Is this the washing out of the last ashes of a beloved, or some other ritual?

We are marked in our psyche to many belief patterns of which is one of the few that is also demonstrated publicly in observable behavior, attitudes, rituals and customs.


..............When one meets another person, one is also meeting an encyclopedia of ancestral memes!


Also fits in our fine collection of diagonals!

This was done in Varanasi (Benares) and yes, they were washing the ashes and posing for someone who was photographing them.

The waters in Varanasi are terribly polluted !
Since we are in Benares, here are 3 more from the burning sites. Enjoy ! 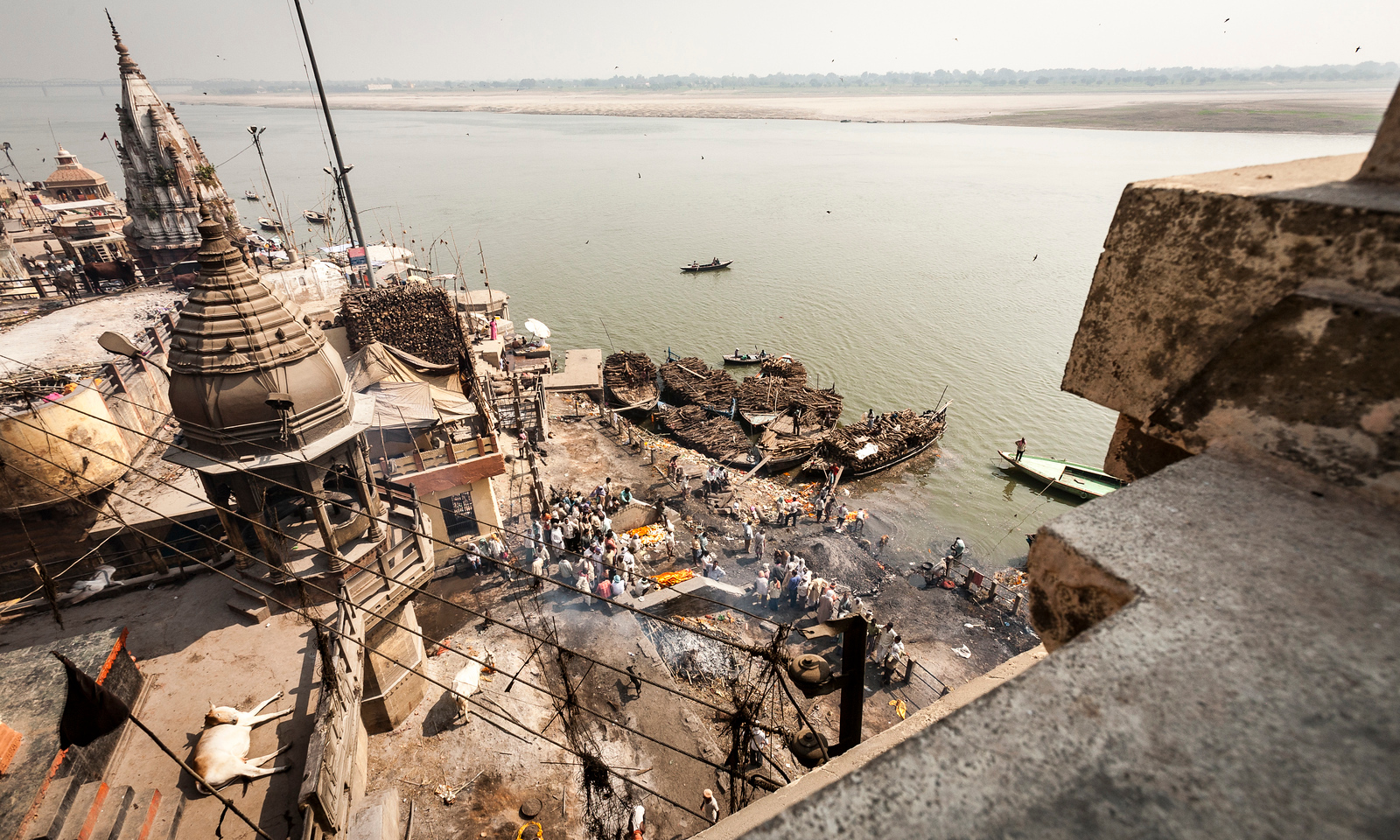 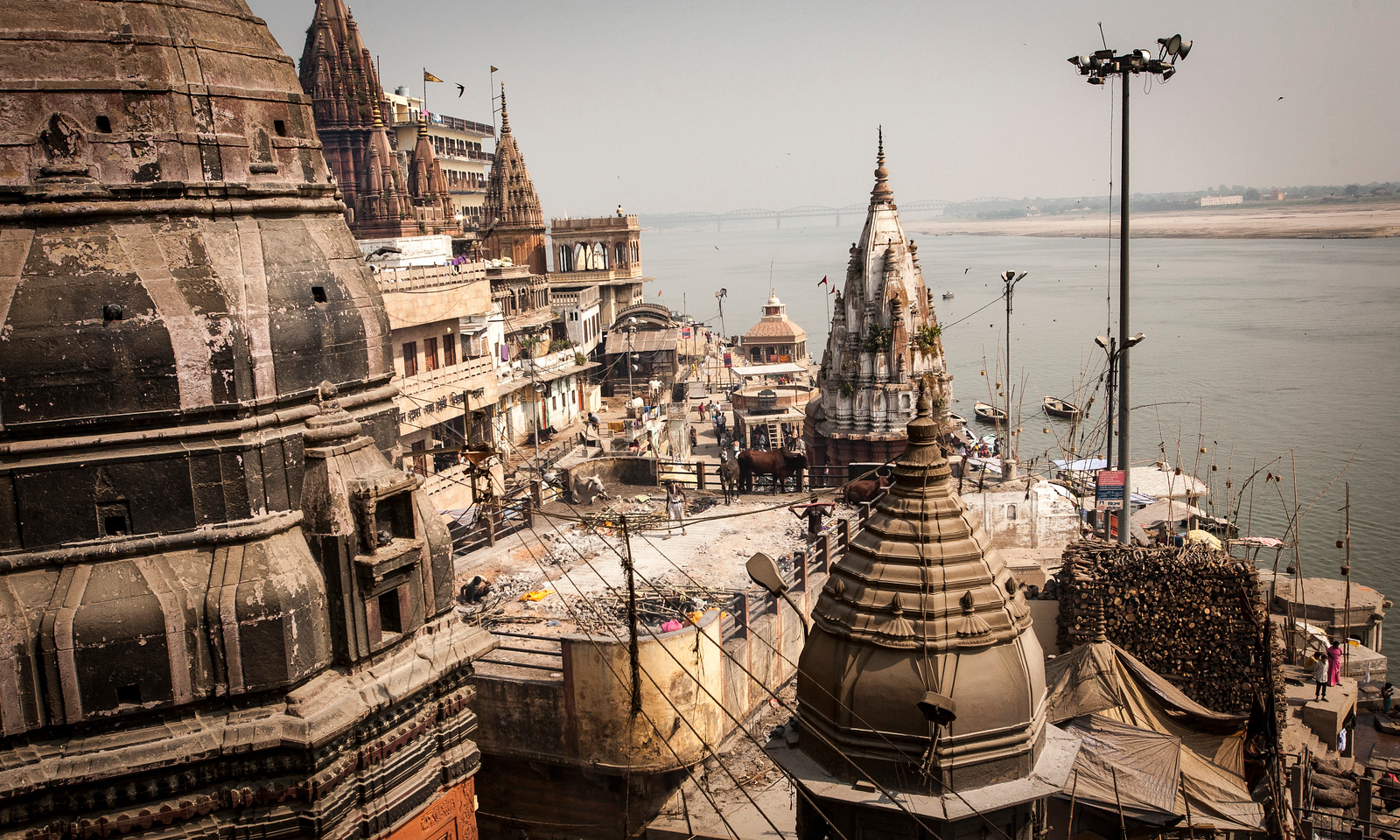 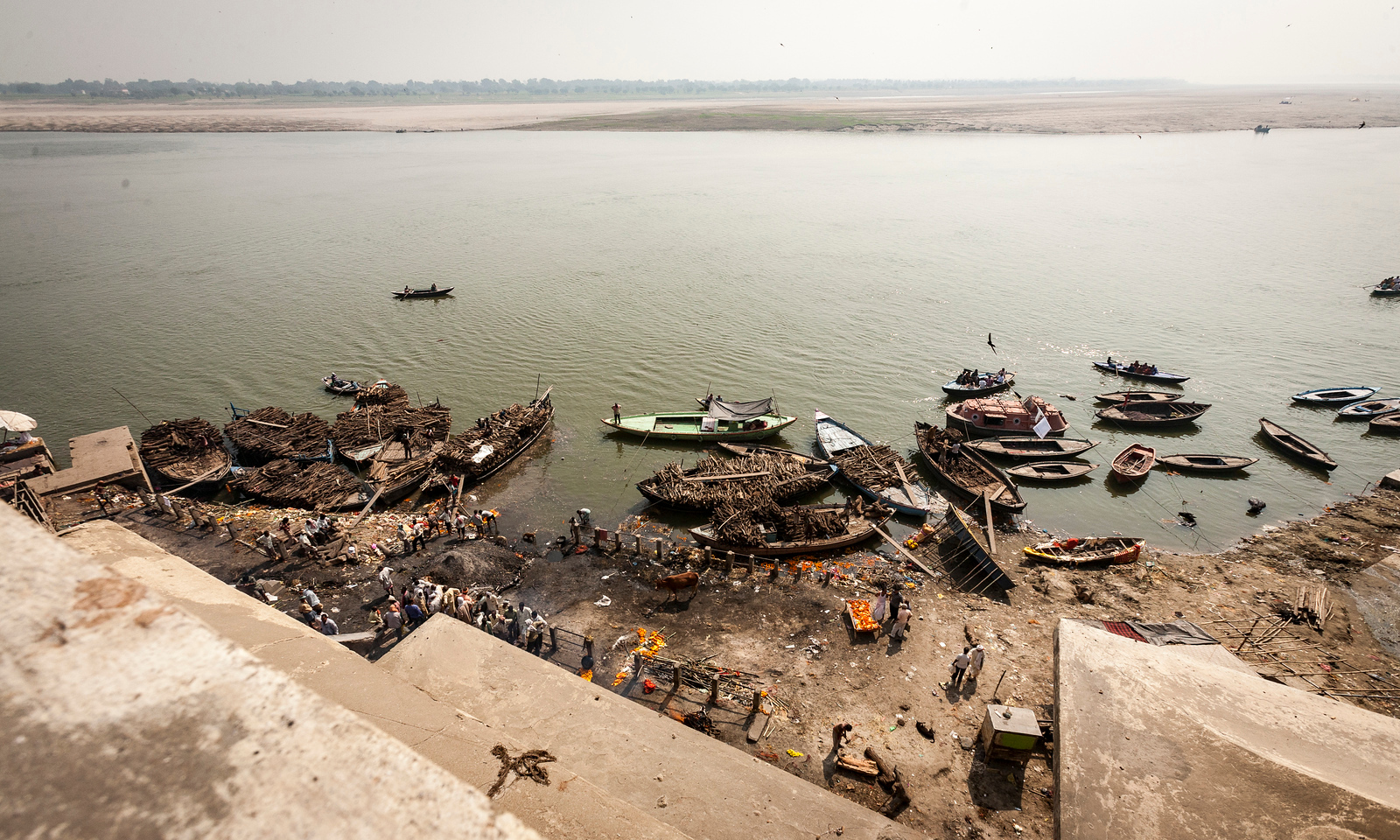 Asher, this is the best photograph ! Ever !
Do you know these people ? 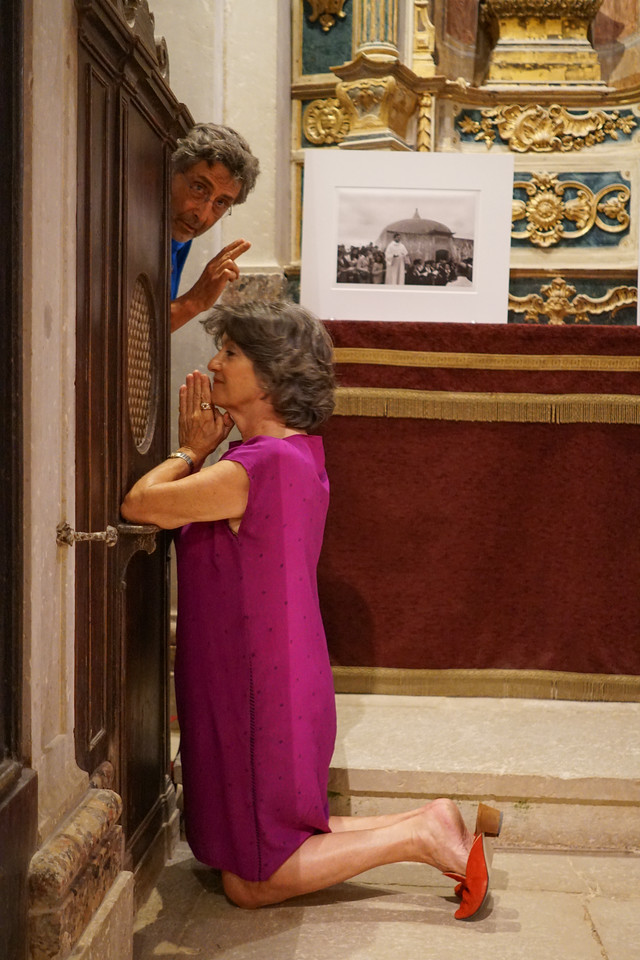 Dis she tell you secrets?

The guard came and told us that it was a place not play with !
Of course its is not !

Varanasi? One of my favorite cities for photography.

I visited your website and was so rewarded, Greg!

Your pictures are some of the richest I have seen! Looking forward to them appearing here. You need to have an extension on the URL address of your images, such as .jpg or .png.

Greg Thomason said:
Varanasi? One of my favorite cities for photography.
Click to expand...

Greg, I would say that all India worth a visit. No, a couple of visits to be more precise.
Palitana 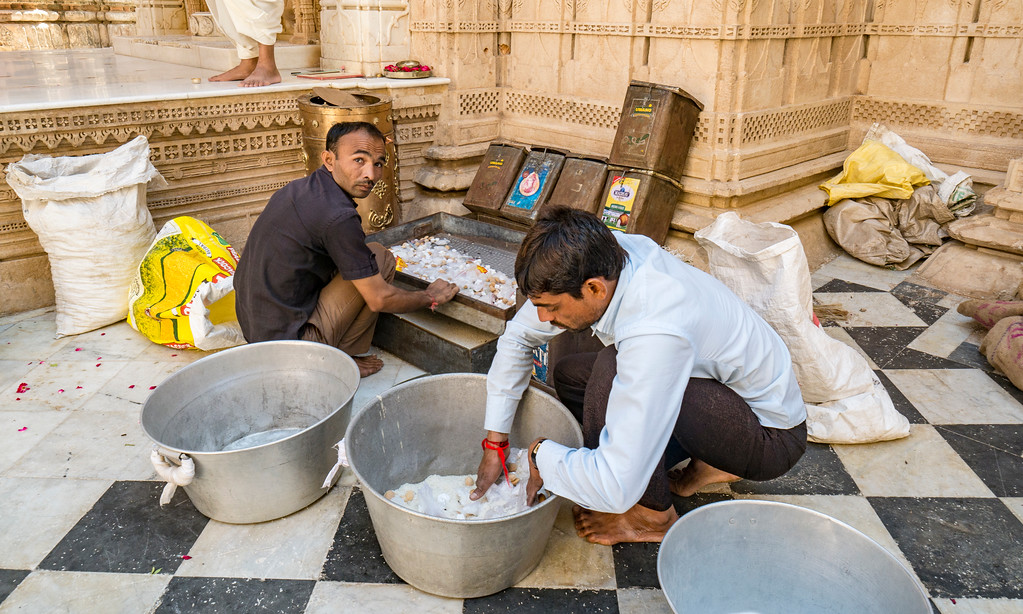 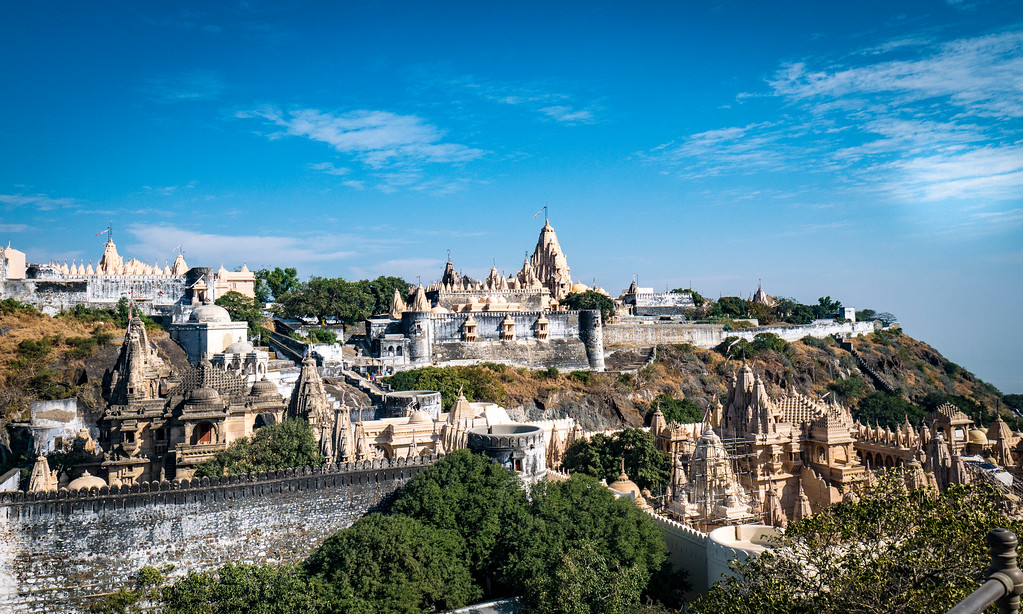 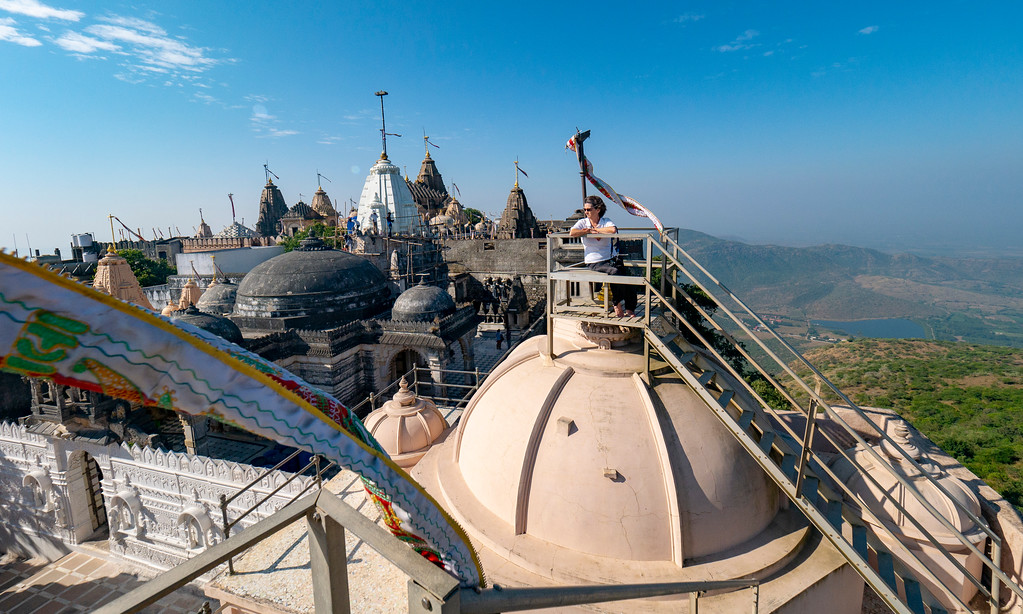 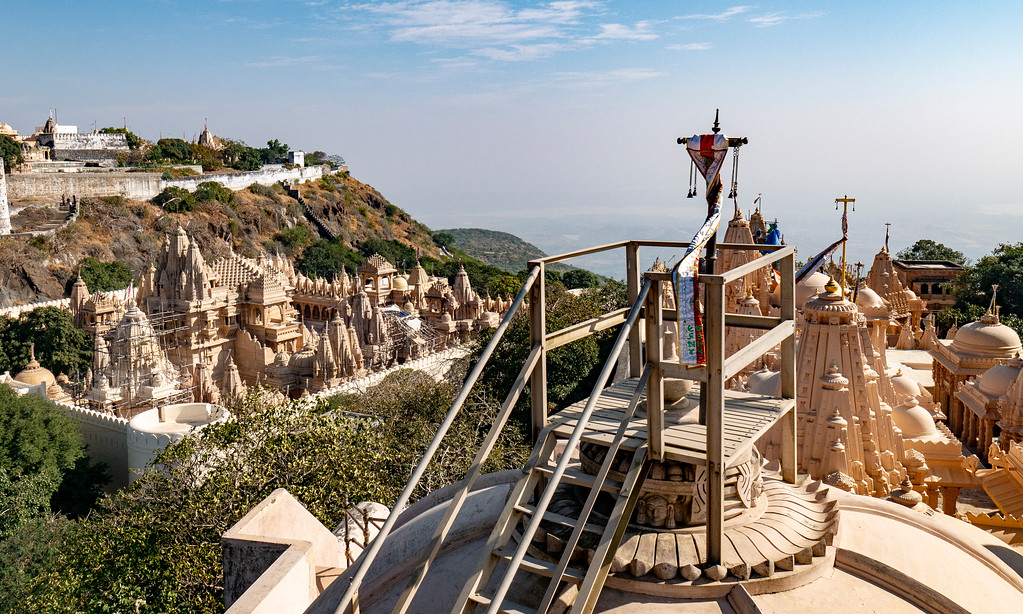 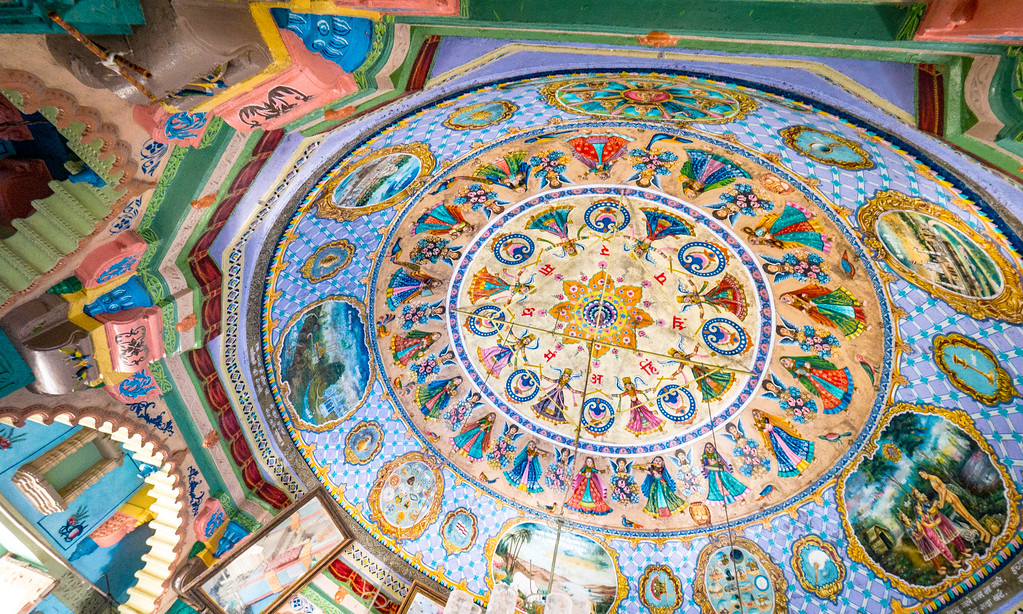 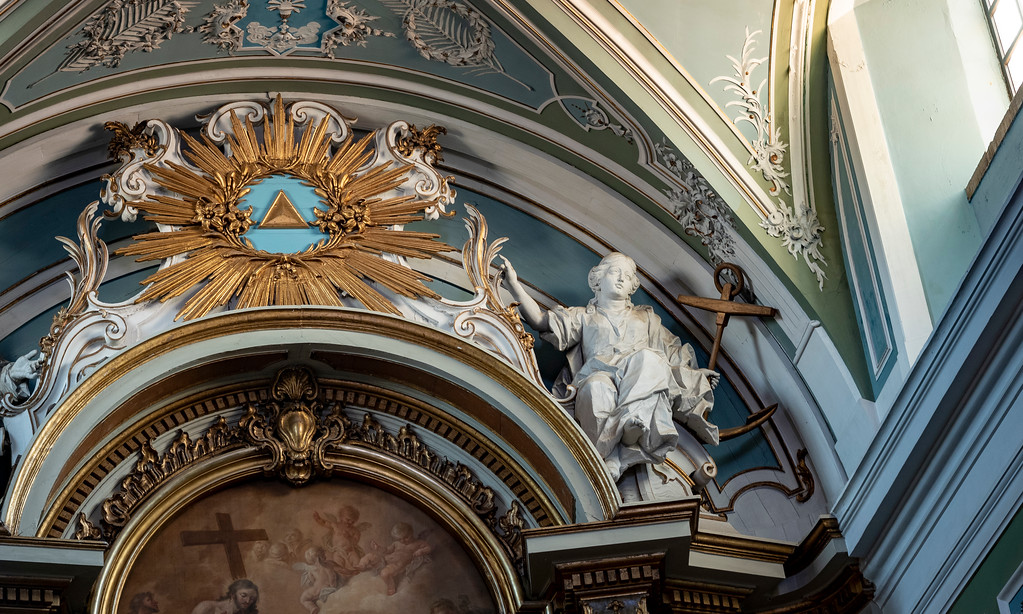 You crowd so many amazing treasures together!

This is particular in mind-stopping!

At first I thought it was an exterior done looking down.


Now I realize we are looking up!!


So what does this represent? Such domes are often Muslim or Christian, but here this Has people so it cannot be Muslim!

Asher, this is in Palitana.
They are
The religion is Jainism, an ancient Indian religion.

From the Wikipedia.
"Palitana is associated with Jain legends and history. Ādinātha, the first of the Jain tirthankaras, is said to have meditated on the Shatrunjaya hill, where the Palitana temples were later constructed.

In 1656, Shah Jahan's son Murad Baksh (the then Governor of Gujarat) granted the village of Palitana to the prominent Jain merchant Shantidas Jhaveri. The management of the temples was assigned to the Anandji Kalyanji Trust in 1730.[3]

During the British Raj, Palitana was a princely state in the Kathiawar Agency of the Bombay presidency. Gross revenue, £42,000; tribute jointly to the Gaekwar of Baroda and the Nawab of Junagadh, £700. The capital of the state was the Palitana town (population 12,800). It was ruled by a Gohil Rajput, with the title of Thakore sahib (also spelled Thakor Saheb or Thakur Sahib), enjoying a 9-guns salute, of the Hindu Gohel dynasty, which received a privy purse of 180,000 rupees at the state's accession to independent India on 15 February 1948."

I knew a little of Jainism, just the industriousness and the holy men. The latter would travel widely, naked, save for a cotton mouth mask to prevent accidentally ingesting any insect!

These places are fascinating, Asher !
The temples are at an elevation of 600 meters. The main one is reached by stepping up 3500 steps. Some Indian earn some money carrying pilgrims and... tourists

What an amazing set of images above. And what photogenic corner of the world.. 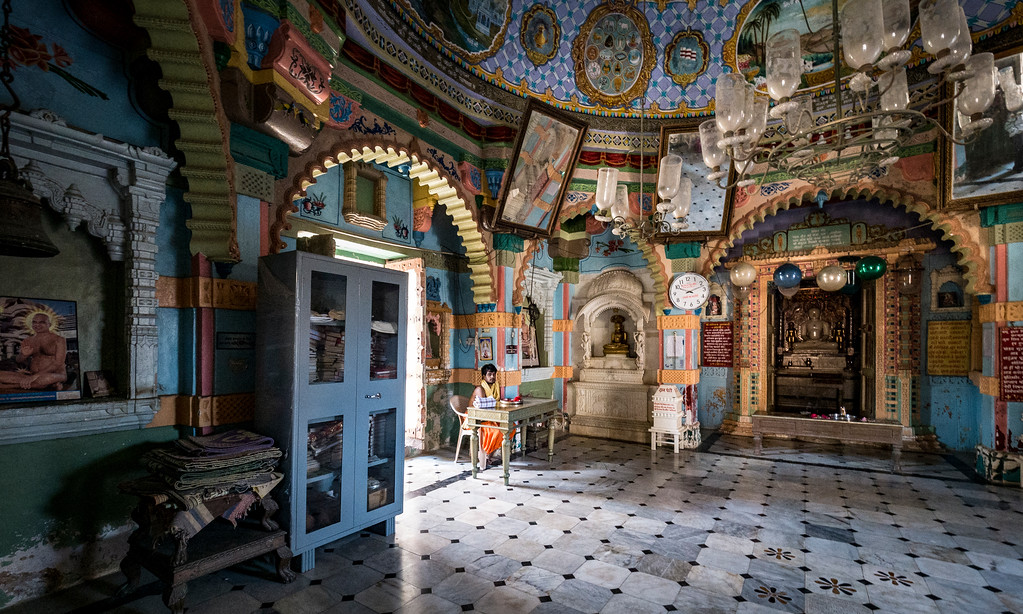 In any case, the modern descendants seem to have lost the ancient send of esthetics as they junk up the Architecture with excess artwork and cupboards that simplyvare a foreign style!

It is the same place where the ceiling was shot
P 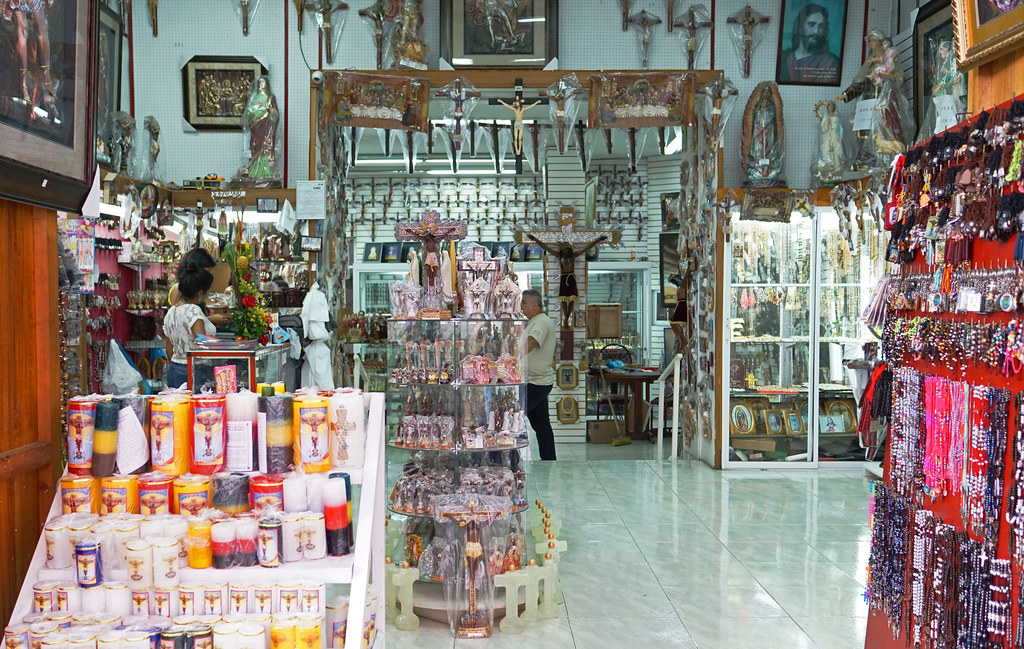 Peter, there must be many souvenir shops religious related in Colombia. this is just one of them

In Portugal there are some. More on the north part of the country.
P

Yes this is one among many on a street that leads up to the cathedral.

This was shot 3 years ago in the north of Portugal, inside a religious shop. These kind of figures/icons make me smile. 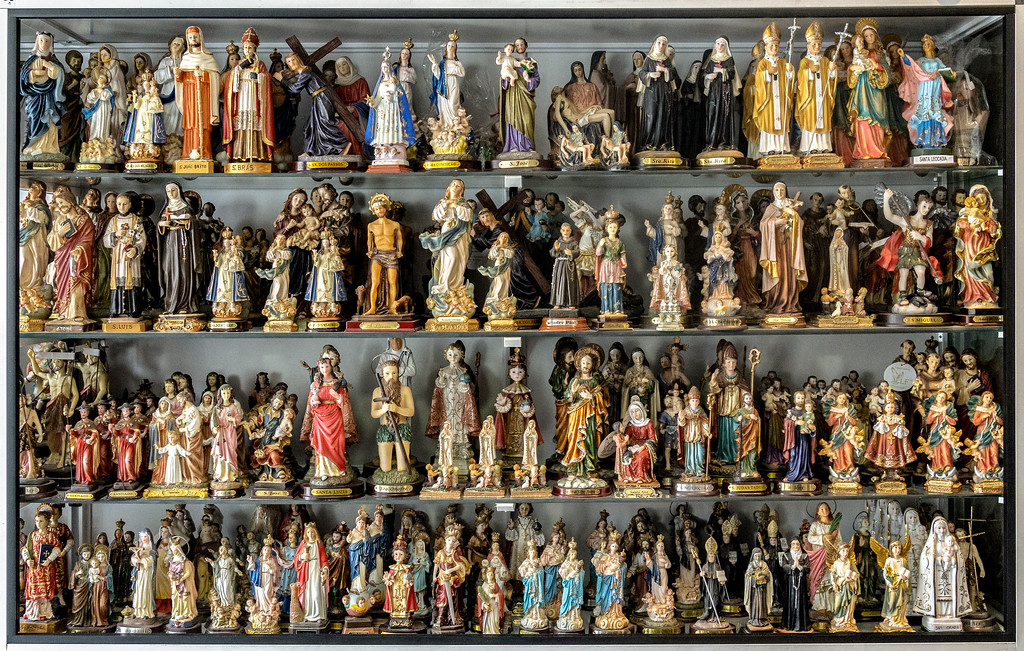 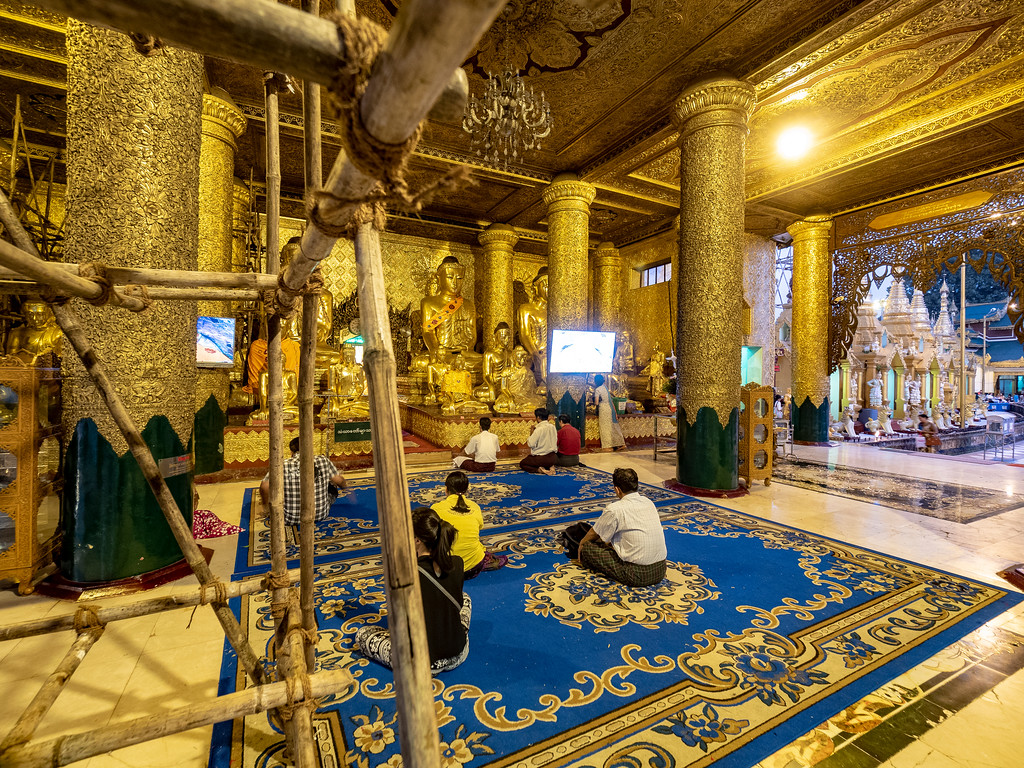 I am the most ignorant person on the Buddha, but I love the scale and all the gold!

They place very thin leaves of gold on Buddhas.
As the rain drives them down, the Buddhas take it
Later some images.
For now: I thought: Asher is going to like this 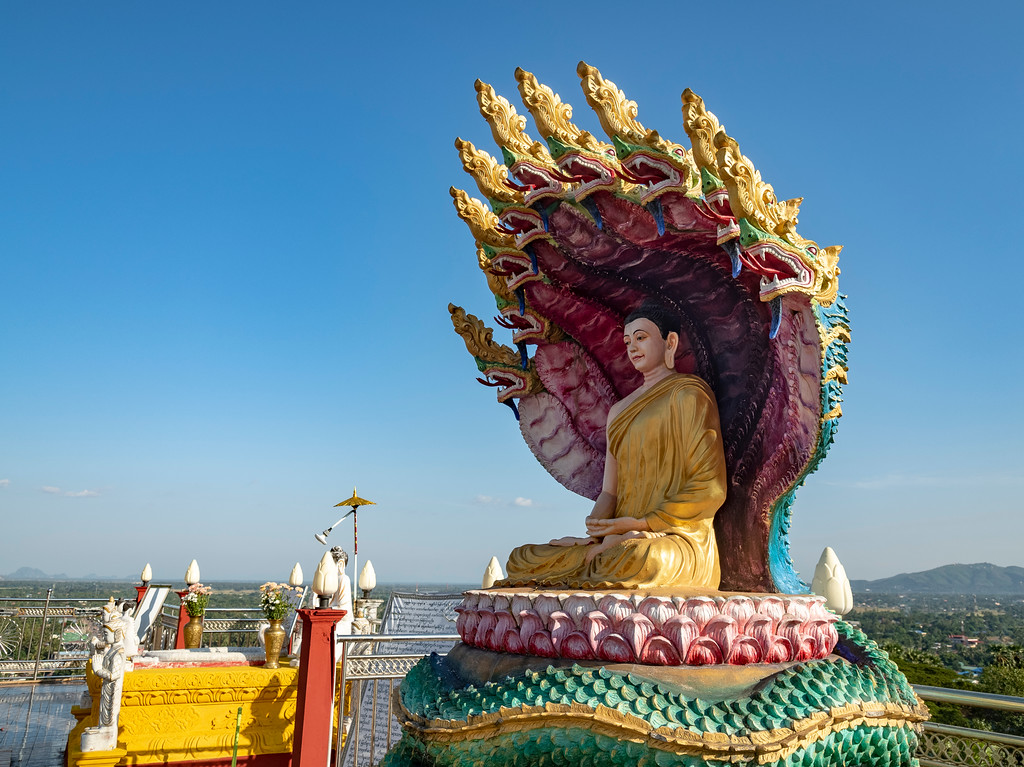 Antonio Correia said:
They place very thin leaves of gold on Buddhas.
As the rain drives them down, the Buddhas take it
Later some images.
For now: I thought: Asher is going to like this

I must get a biggar laptop with a larger screen. 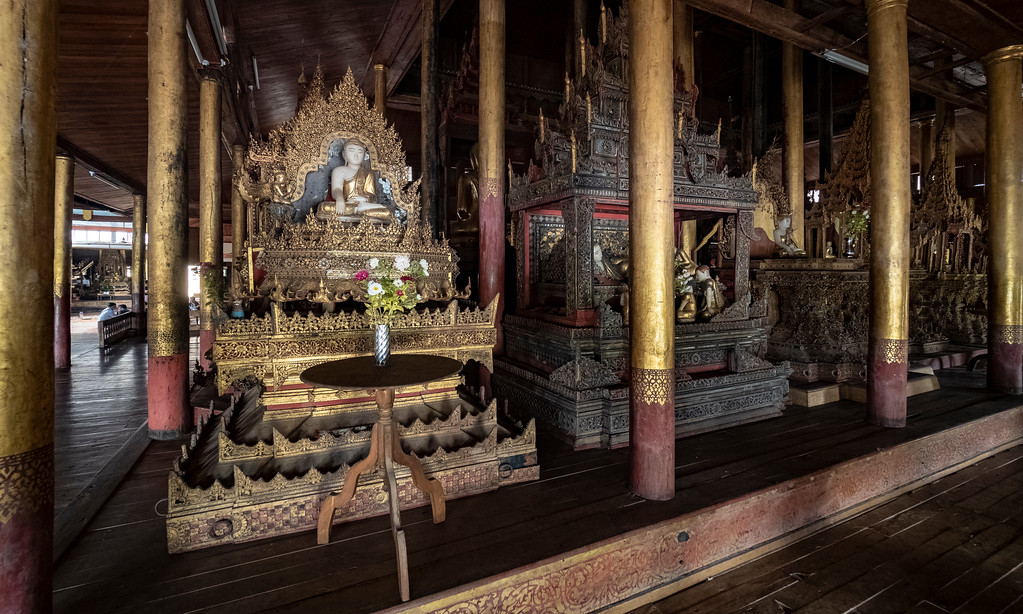 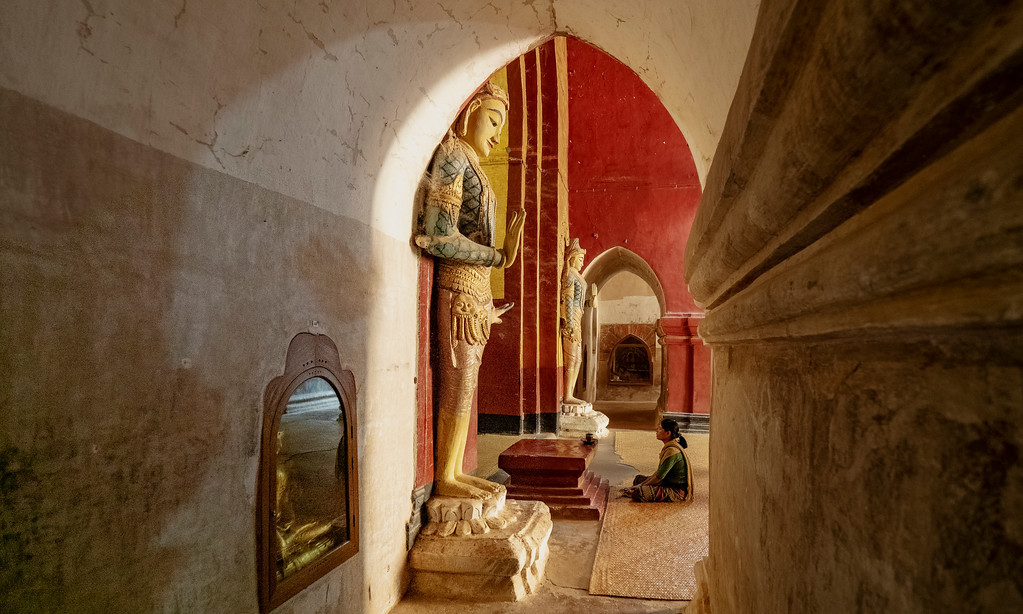 This is quite nice with all the one point perspective lines shown.

Peter Dexter said:
This is quite nice with all the one point perspective lines shown.
Click to expand...