fahim mohammed said:
And this one. From Middle-Earth...

You obviously have access to Hobbits or Harry Potters village! Amazingly unique and beautiful! 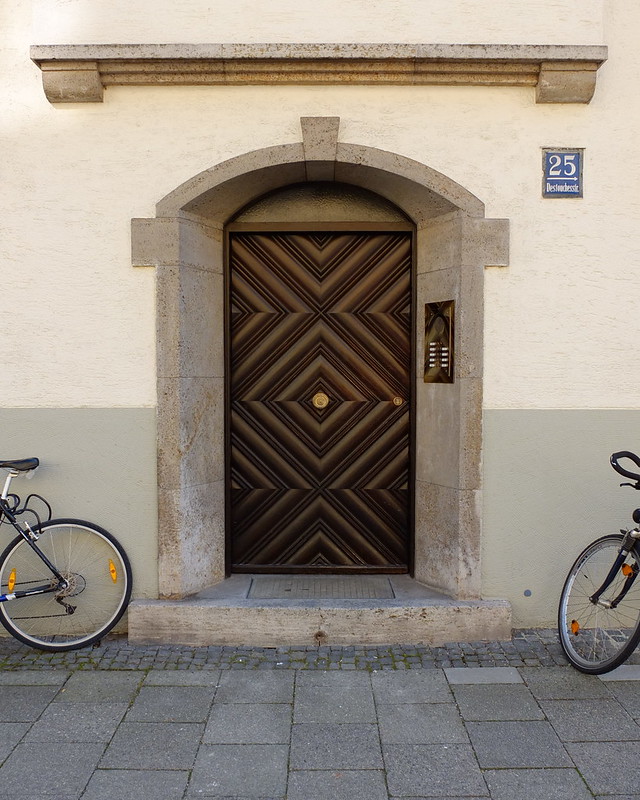 Not glamorous, not sophisticated, but people live here.

a contribution of mine: 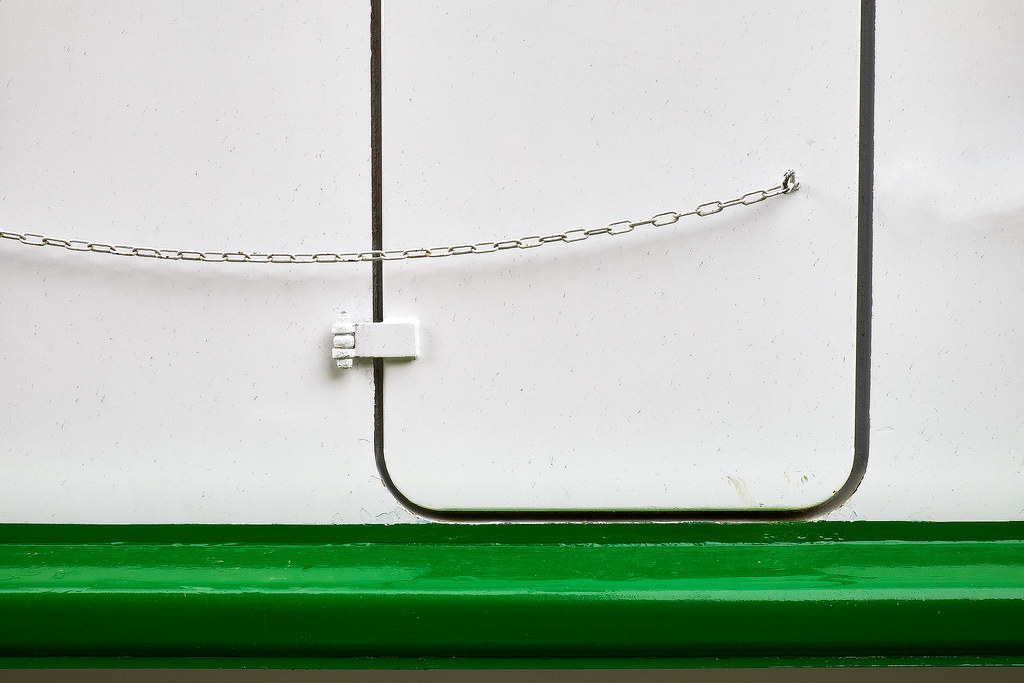 Not glamorous, not sophisticated, but people live here.

You treat us well! Not only is the door handsome and unique, but the guardian bicycles on each side add so much. With this, you take us beyond documentation to providing us a world in which to image happenings. 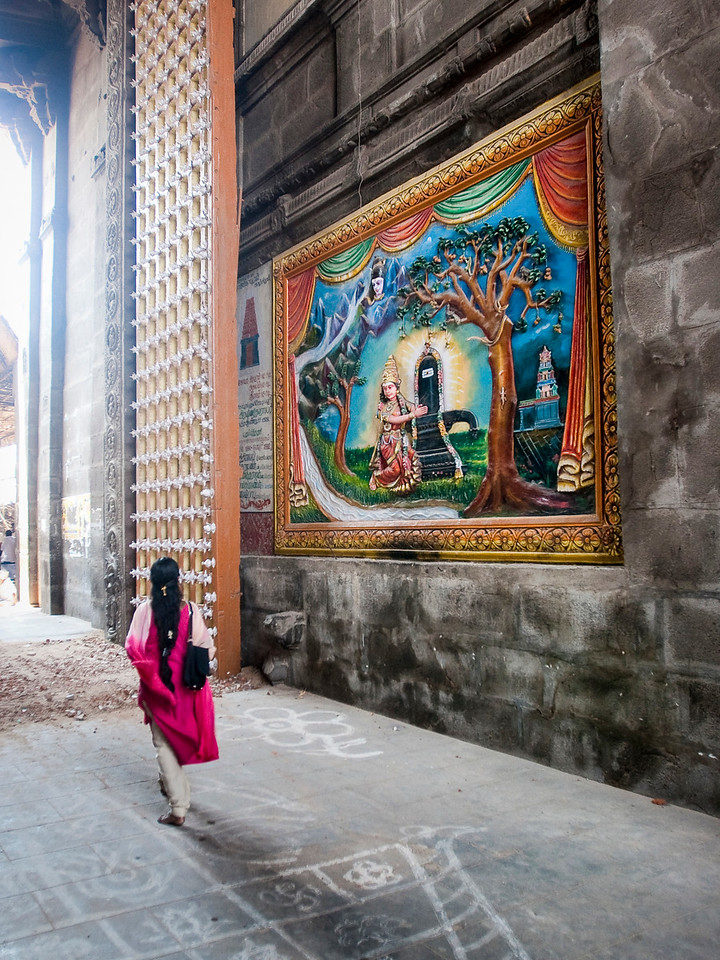 Another commanding and epic composition! 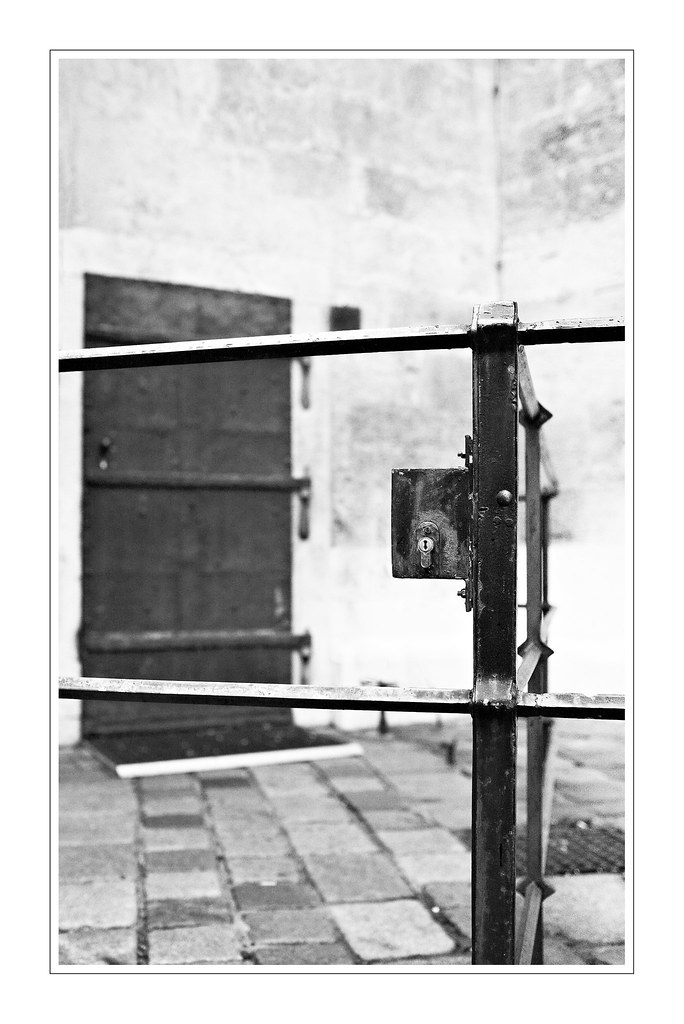 a contribution of mine: 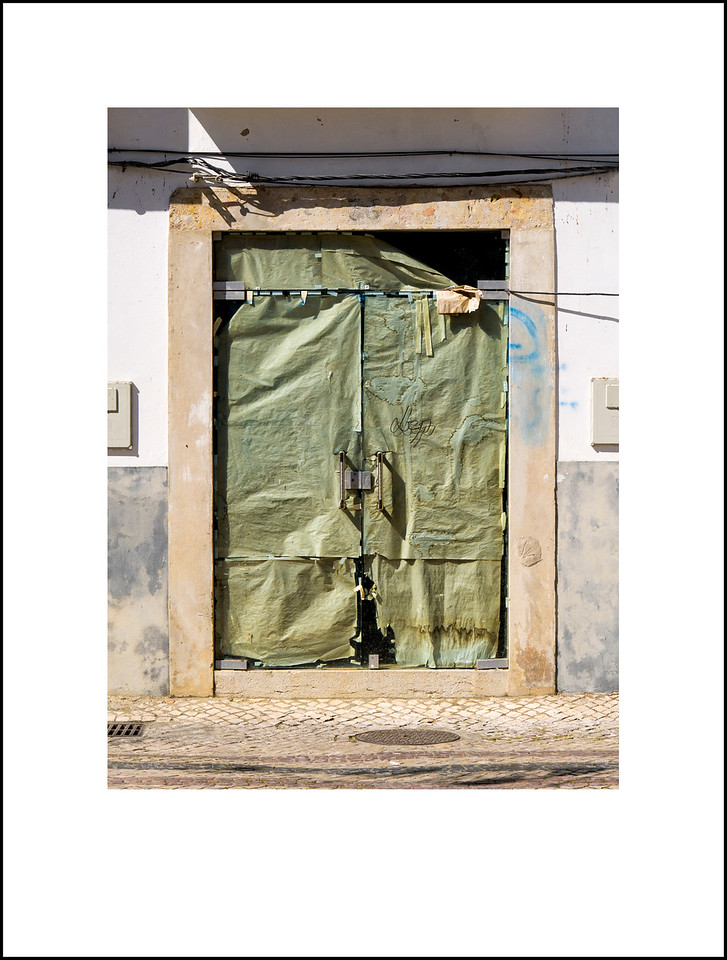 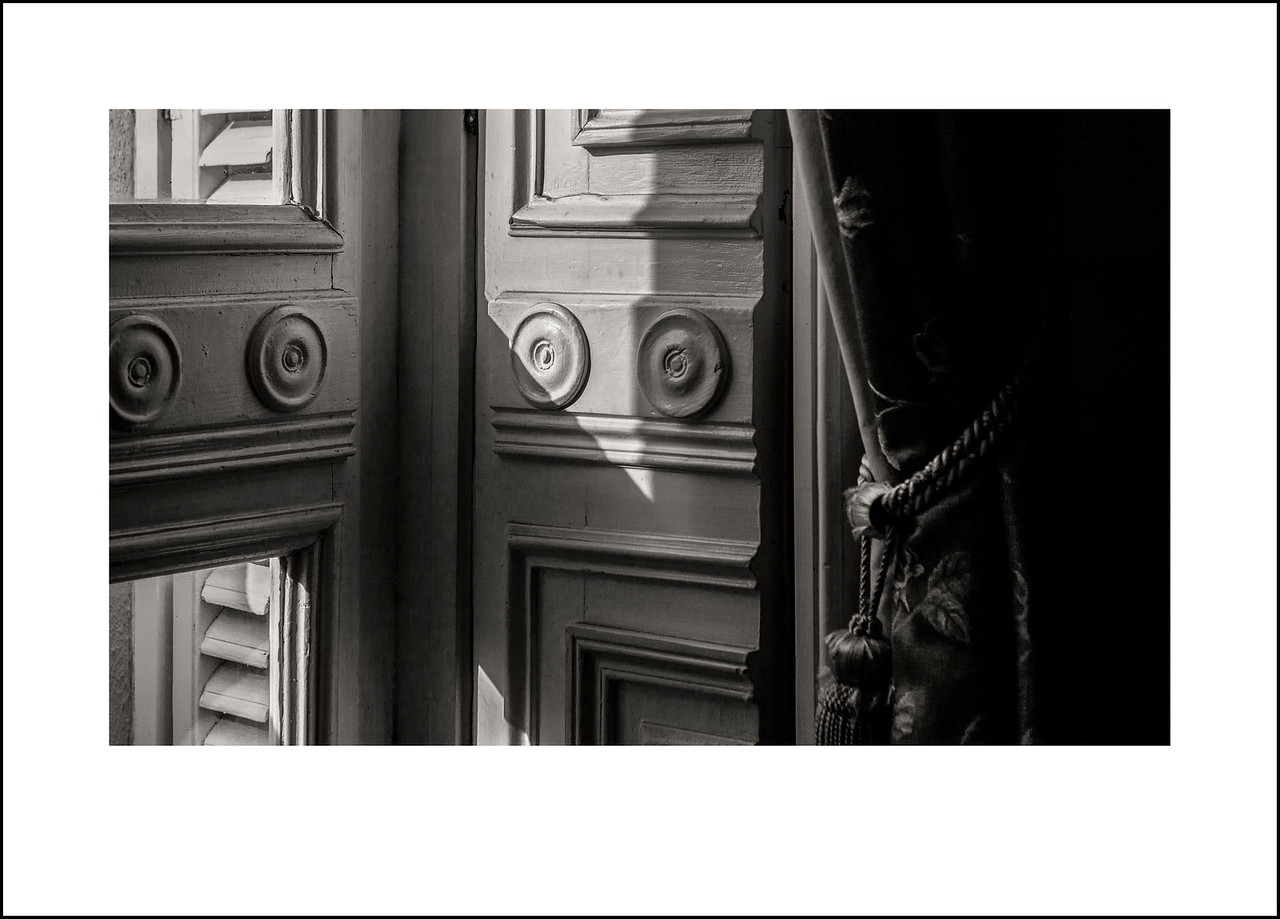 A door or a window casement, Antonio? Sure is luxurious. The folk must be pretty well established!

First, this is a lovely work.

I was interested to note that this lock appears to reflect the European practice for pin-tumbler lock cylinders to have the pins downmost. In "user" terms, that means that the key is inserted with the "bitting" (cut pattern) downmost, like so:

I have always felt that this convention was intended to carry forward the tradition found in older types of lock, where for various reasons they were usually mounted so the bit of the key was downmost, like so:

In contrast, in the U.S., the convention for pin-tumbler cylinders (as recommended by the lock manufacturers, and sometime enforced by the lock design) was for the pins to be uppermost (and thus the key was to be held "bitting uppermost" when inserted into the cylinder plug, like so:

The rationale usually cited for this was that, should a pin spring break or even just get seriously fatigued, gravity would hold the part of the pin in the stationary part of the cylinder (the "driver") down so the cylinder would continue to operate more-or-less properly. You can see the arrangement here, with the key not yet fully inserted (here the drivers are uppermost, in contact with the springs):

But of course that nicety is rarely followed today. So we may find, in a motel with this kind of lock (rate today), in about half of the rooms the cylinder was "upside down".

In my younger days, when staying for a while in a motel room with a left-hand door, and noting that the cylinder was "upside down" (a great matter of irritation to me), I would remove the lock and "reverse" the cylinder. (Yes, I had the necessary instruments in my suitcase.)

A couple of years ago, when I bought a cylinder-in-knob lockset (to used its proper full name) from a Lowe's "DIY" store, I was pleased that the attendant in that department (yes, there was a human there) asked if the lock was by any chance to be mounted on a left-hand door (he no doubt realizing that the average customer would have no idea how to determine the "hand" of a door). I said yes, it would be. He then asked if I wanted him to reverse the cylinder. I said yes, and he did it smoothly.

It was a very gratifying experience.

I don't know if it's surreal or too real. A doorway in Bogotá. 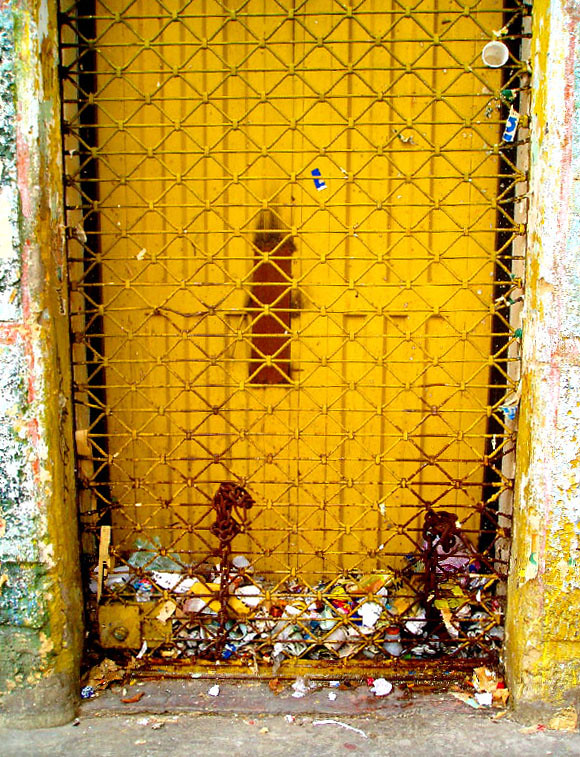 This is a super door! Yellow is magnificent. Any idea how the coloredcribbish got there?

Looks like the end of a party or some parade with a mixture of tinsel, food wrappings and stuff folk leave behind.

Very interesting sliders locked from the inside? Is that how it works?

No Asher. These are all outside lockers. 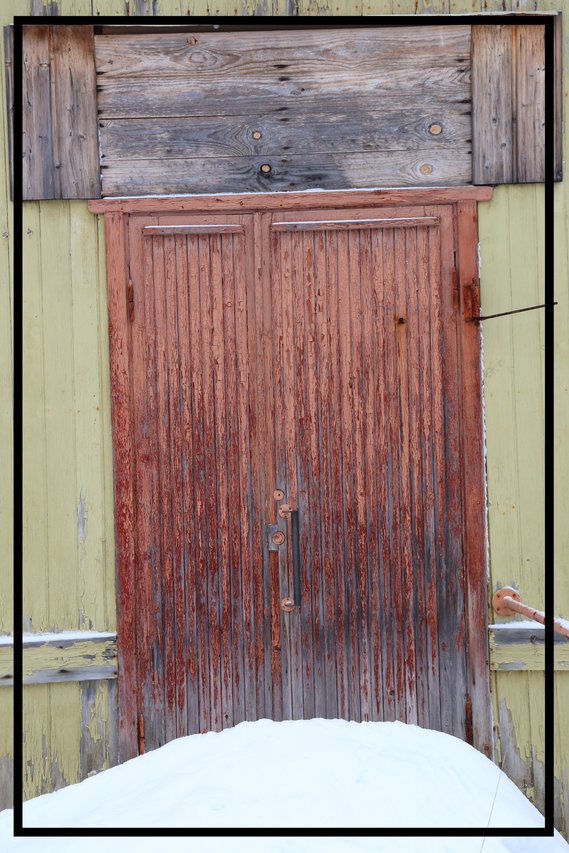 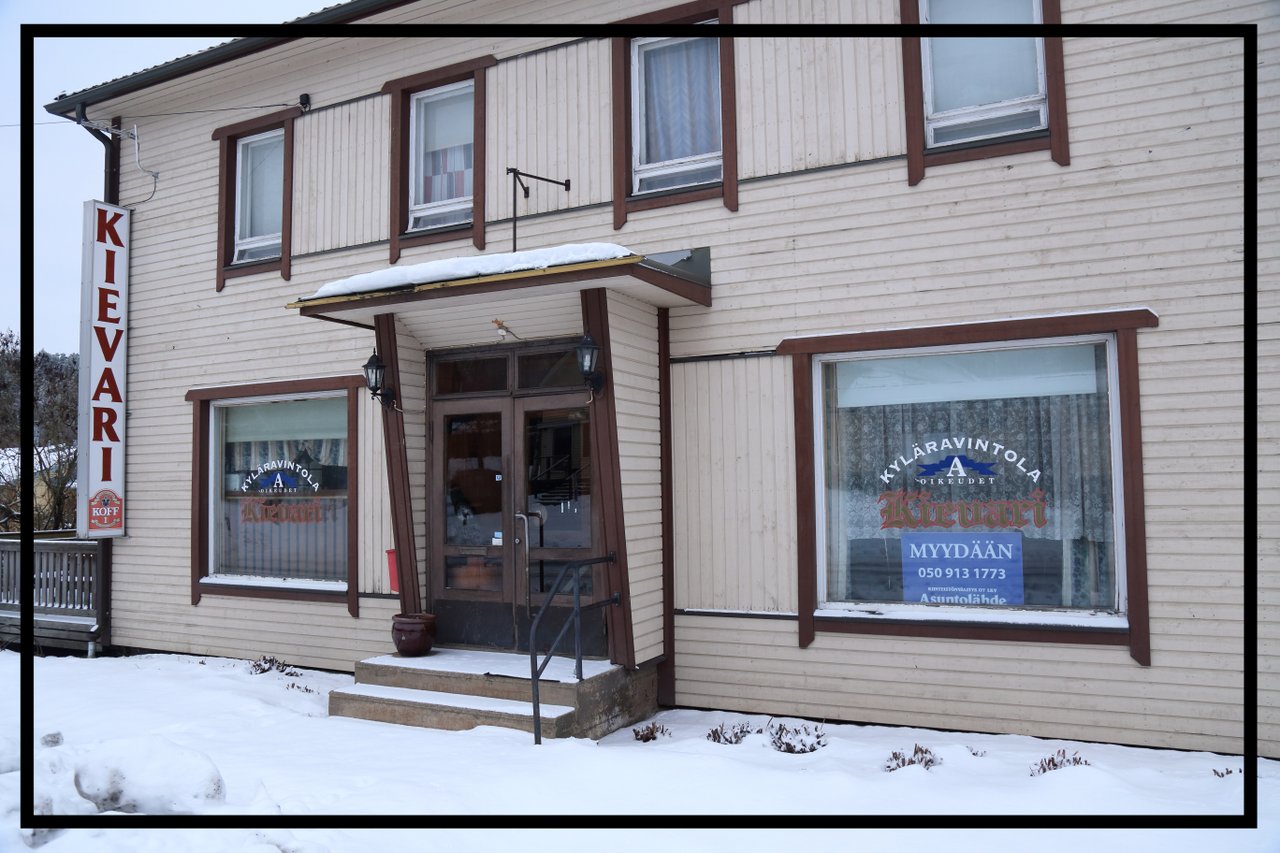 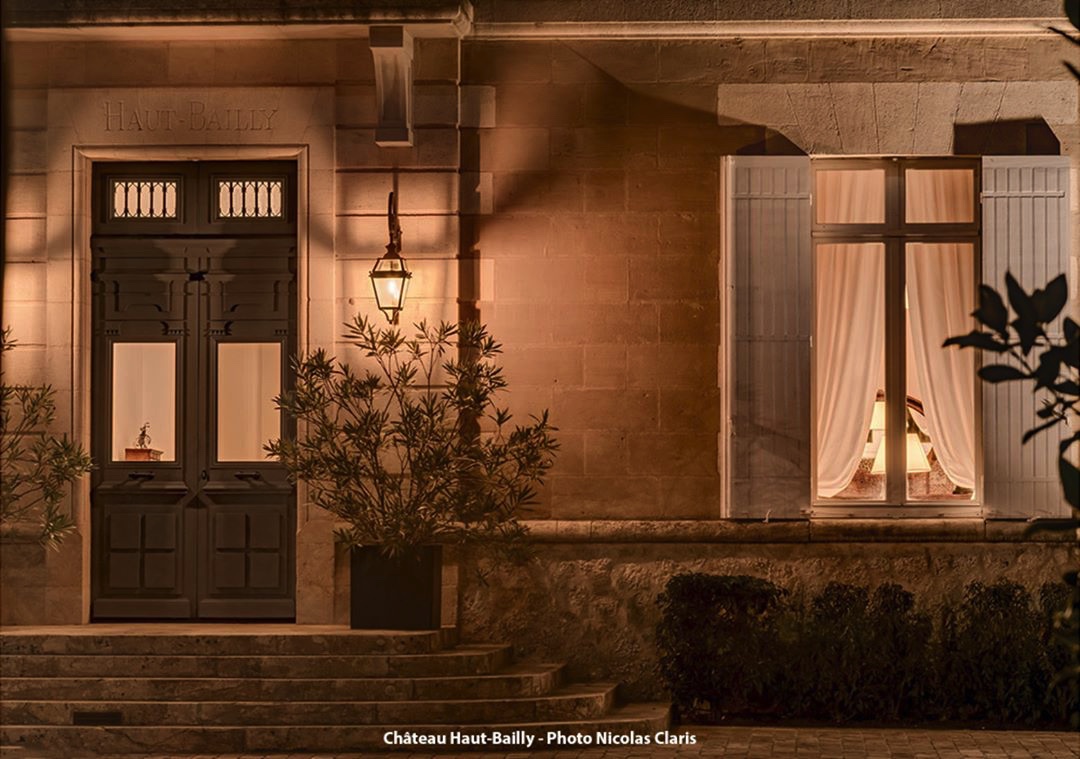 Entrance of Château Haut-Bailly close to Pessac Léognan​
Part of my series for the exhibition "Bateaux Chateaux Gâteaux"
Shot with a Pentax 645Z of course! 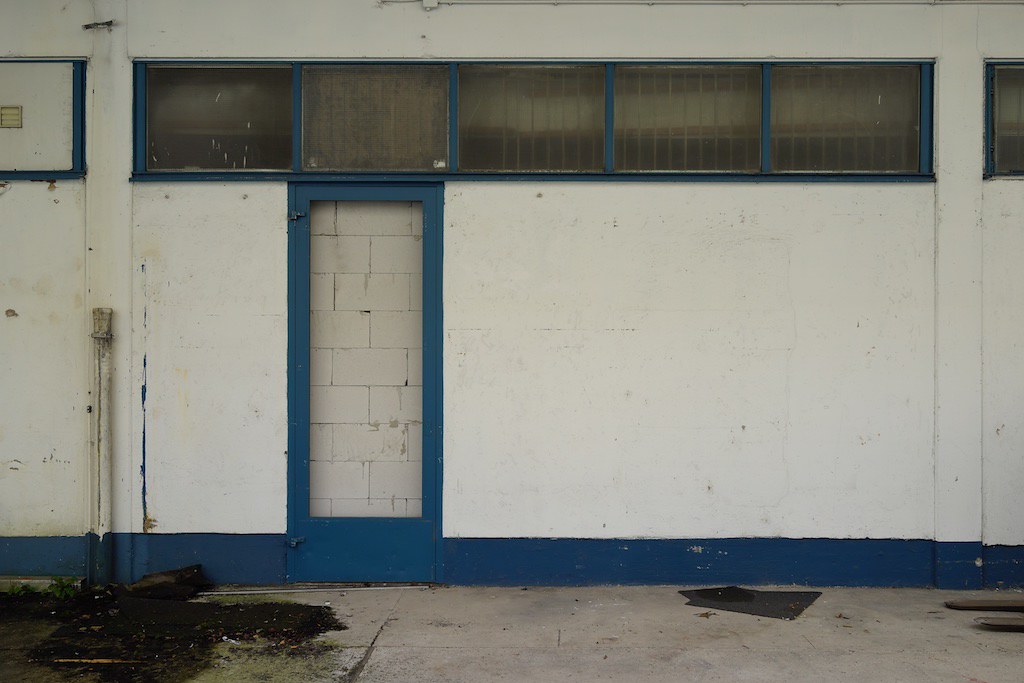 The two doors in the courtyard of Georgia O'Keeffe's home in Abiquiu, New Mexico, that were the subject of several of her iconic paintings. 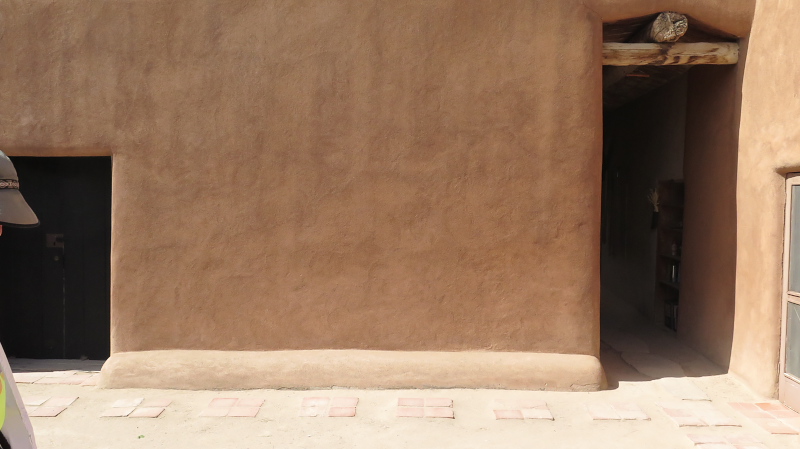 Douglas A. Kerr: Doors in the courtyard of Georgia O'Keeffe's home, 2017


Jerome, I just laughed my head off! I suspect they don't want any more visitors, but it does seem a tad extreme!

Entrance of Château Haut-Bailly close to Pessac Léognan​
Part of my series for the exhibition "Bateaux Chateaux Gâteaux"
Shot with a Pentax 645Z of course!
Click to expand...

Elegant and inviting! I know I would not starve there! 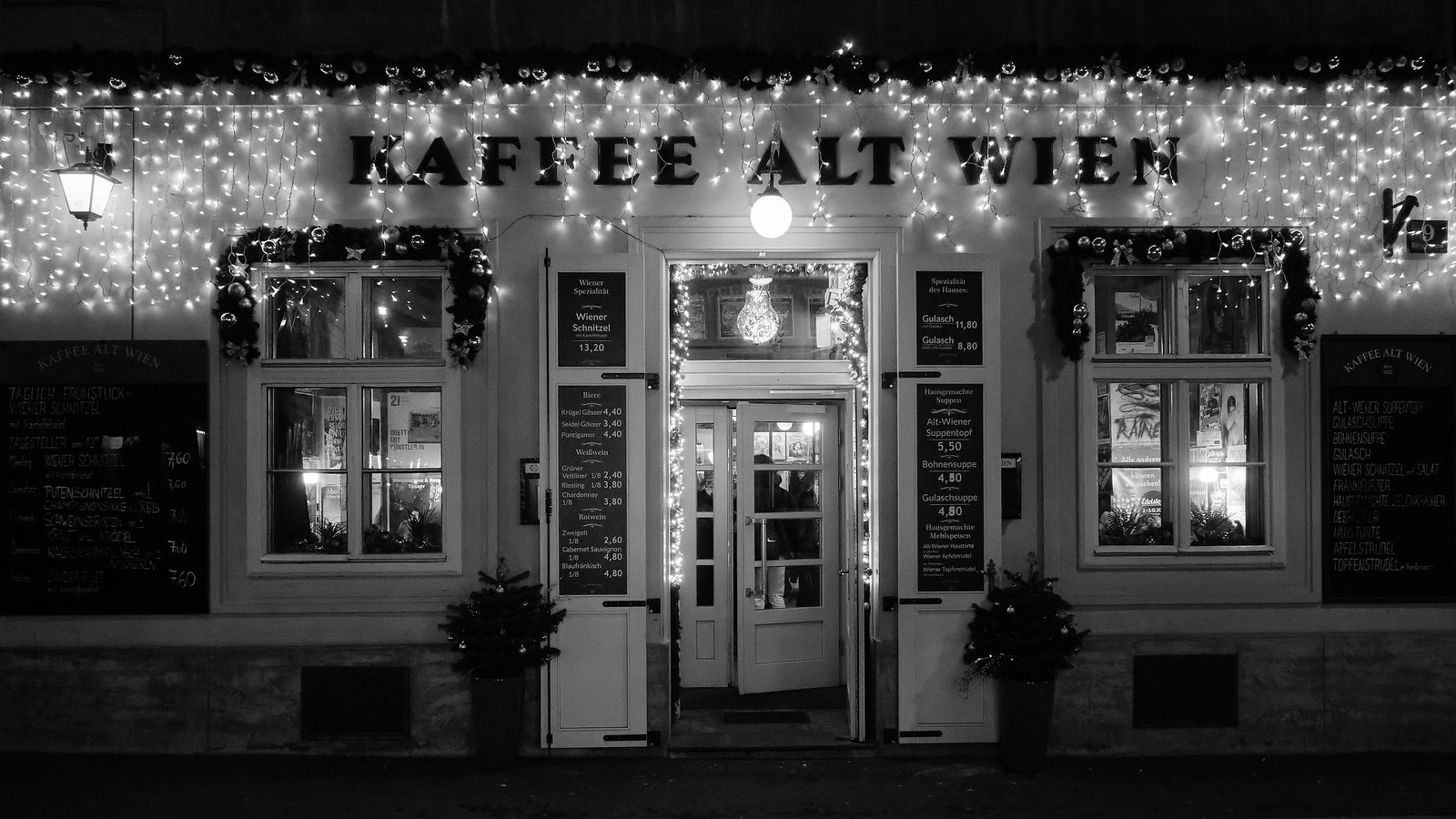 I love this one !

Asher Kelman said:
Elegant and inviting! I know I would not starve there!

You wouldn't get thirsty either!

A door that lost its initial importance. 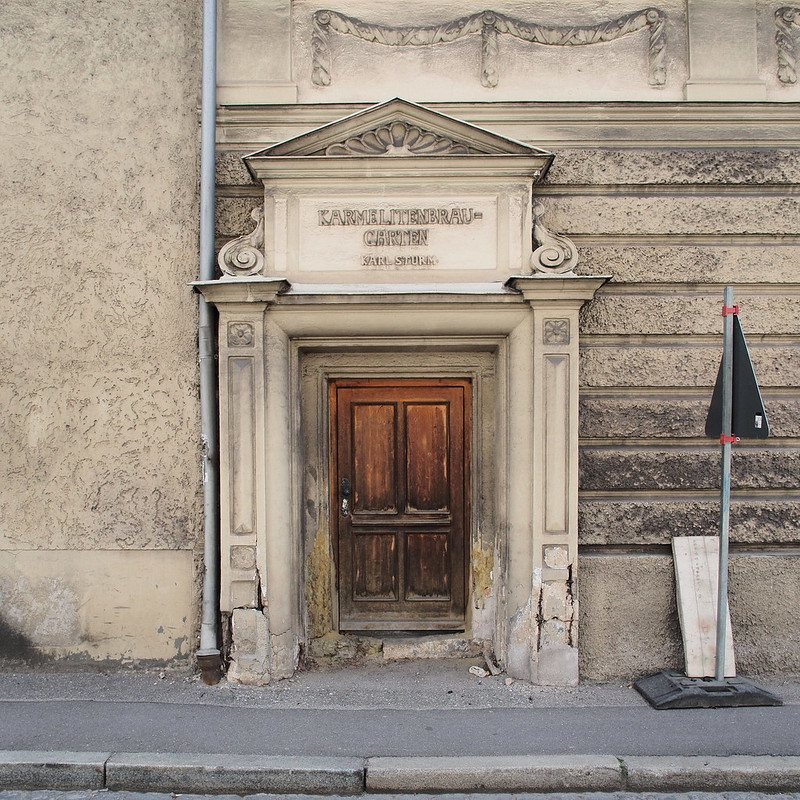 Michael Nagel said:
A door that lost its initial importance.
Click to expand...

You say it's lost its importance. Must be!

I tried in vain to use Yahoo and Google search what was its fame about, but got nothing at all!

So why was it significant? Was this some passport office, and who was that "Karl Sturm"?

If a picture "must speak for itself", then what censors its speech? But, likely as not, a picture, "Speaking for itself" means something different than "explaining".

Certainlyvthe doorway seems important and significant but what was its part in life at the time when it was most active?