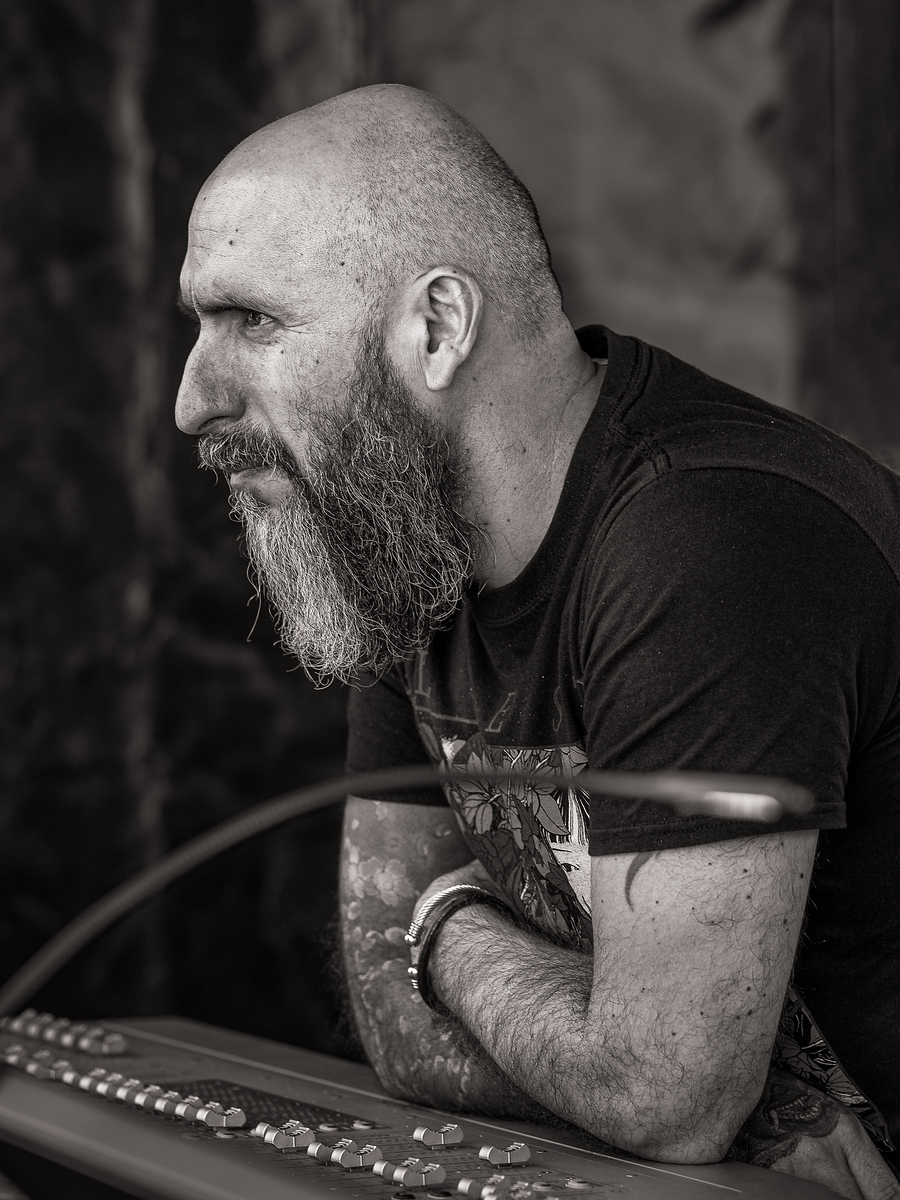 He seems to be following the dictum (introduced by a young Scottish telephone engineer in about 1970, in the context of a theater sound control board in Albuquerque, New Mexico), "If you don't want to turn it on, don't touch it." The warning was against the habit of the operator early putting his hand on a control that will be involved in a sound cue quite a while later. When we do so there is the risk that in the meantime some happening will startle us and cause us to move the control long before the proper time. Better practice is only to grasp the control a few seconds before it is time to move it, and then very soon let go of it.

The warning was given by a sign adjacent to the sound control "desk", which was in the open and adjacent to an entrance to the stage from the wings, so there were often players crowded in that space. The double entendre in the warning was intentional.

If you had a metal detector you would find lost treasure, I swear it!

No one can imagine arguing with this impressive fellow. Seems like a determined chap who expects to be listened to!

Likewise no one would not be impressed with your photography. Portraits you don’t just do, you slay!

Thank you Don and Asher for your comments !
Asher exaggerates as usual...
Cheers !

Antonio Correia said:
Thank you Don and Asher for your comments !
Asher exaggerates as usual...
Cheers !
Click to expand...

Sometimes, perhaps, but you have consistently delivered outstanding portraits using so simple setup!